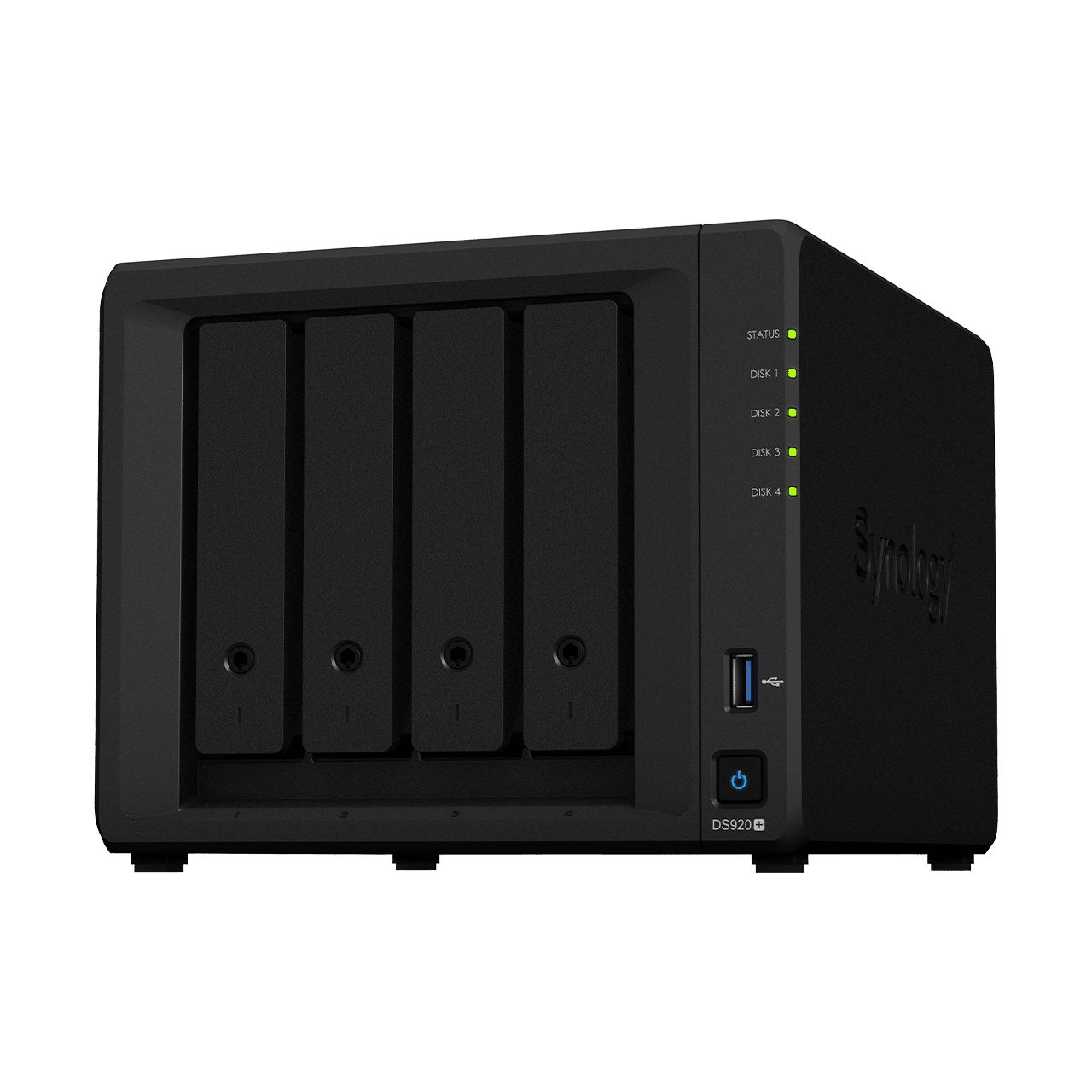 This is a press release, as written, from Synology. My comments are below. [Disclosure: There was no remuneration for this; I’ve just been blogging about Synology for a few years now.]

Synology’s award winning Plus series gets a serious performance boost

Synology Inc. today launched a new generation of two and four bay Plus Series NAS, designed as a centralized data management solution for both home and business environments.

“Plus series is one of our most popular and versatile product lines,” said Hewitt Lee, Director of Synology Product Management group. “The series offers an ideal mix of processing power and advanced capabilities, such as containers and virtualization support in compact and quiet desktop form factors. It is also the starting point for our advanced data protection solutions, enabling small businesses to cost-effectively deploy solutions that can protect their entire IT infrastructure.”

All four devices are available for purchase in the United States today from Synology resellers and partners. The MSRP for the new Plus Series are as follows: 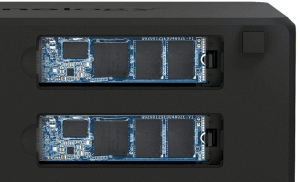 Personally, I’ve always preferred the Plus models over all of the other products in the Synology portfolio. I’ve used the Slim devices and found them to be highly unreliable, and wouldn’t recommend them to anyone except using for testing. Without question, the uptime on my Slims is the most pathetic of all my Synology devices, and their flakiness can be infuriating.

The Play device that I have is extremely solid, and I can’t complain about its performance or its stability. It really is a great machine. If I have one complaint at all is that I have no control over the transcoding processing that will suddenly and unexpectedly kill off the performance of everything else that it’s supposed to be doing. Nevertheless, as far as hardware is concerned, the Play is a great investment.

But it’s the Plus series that really has always got me feeling confident. My backups all run on the Plus series (DS1019+), and my seven-year-old DS1813+ is still going strong.

It took a while, but Synology has been slowly embracing NVMe cache as part of their lineup. They’ve allowed SSD caching for years, now, but their options for supported devices have been pretty limited up until now. In fact, their compatibility list shows an impressive NVMe M.2 lineup for these new Plus drives. Sadly, my newest Synology device doesn’t accept NVMe (It’s a DS418play, which allows you to consume a bay for caching, but doesn’t have a dedicated PCIe caching slot), so I cannot provide first-hand experience with their NVMe capabilities.

Now, you have to note that these are cache devices, not NVMe storage devices. That means that this will provide considerable speed-up for your performance for frequently-accessed data, and keeps that data in persistent memory in case of unexpected power loss (the benefits of being non-volatile memory). But it doesn’t mean that all of your data is going to be faster, just because you put in a cache. In other words, your regular data will still sit on high-capacity (hopefully!) HDDs.

I highly recommend you read Synology’s blog on Optimizing your NAS with SSD cache, which explains what you should expect when using a cache. The article is well-written and easy to understand, and applies to cache devices regardless of whether it’s NVMe or not. 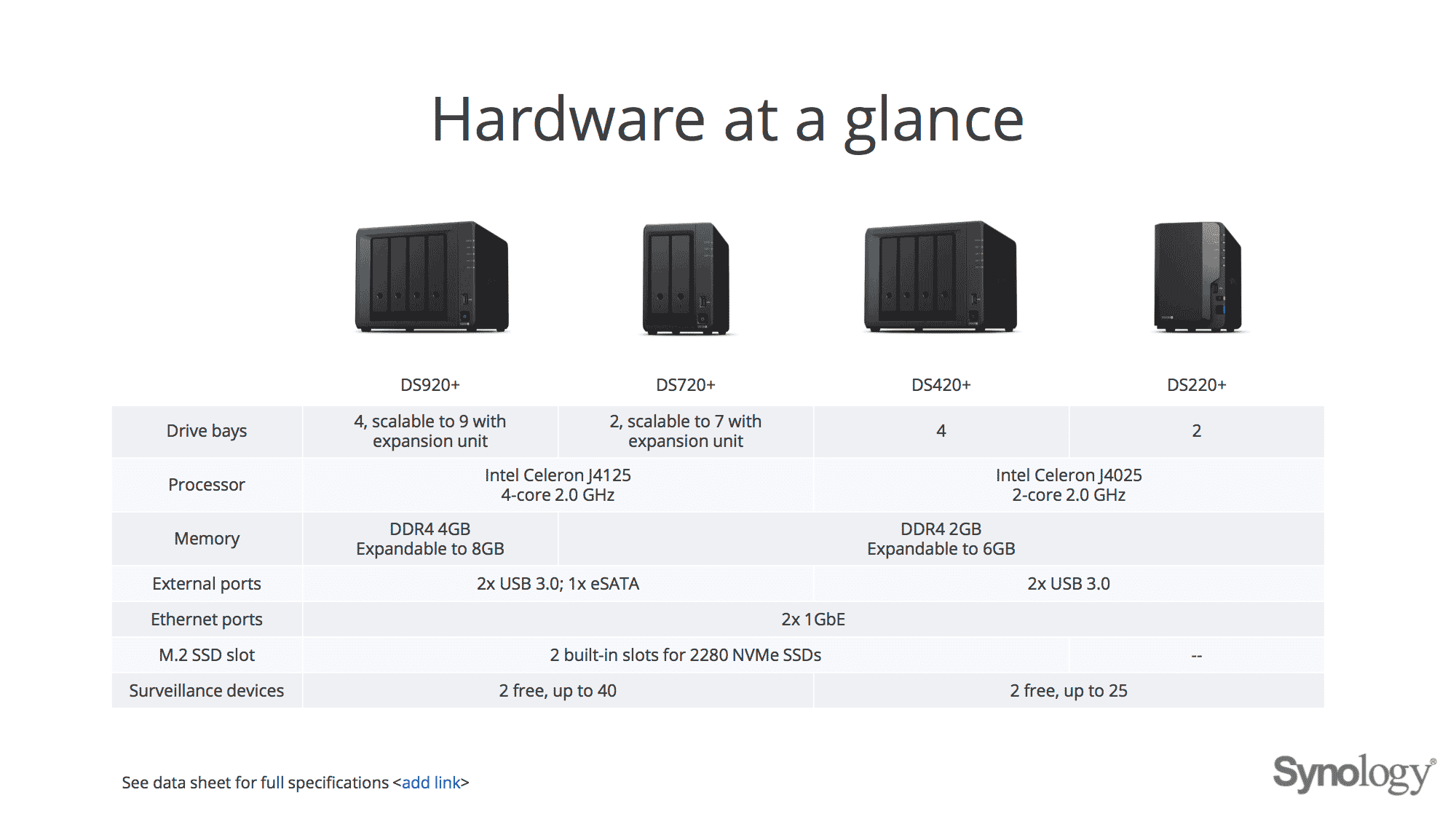 Generally speaking, I don’t like expansion units. It’s more of a personal preference, but it opens up another level of potential failures, and because an expansion unit depends on 100% uptime of the link to the main unit, the potential for losing data between, say, a DS920+ or DS720+ and a corresponding expansion unit is simply too great a risk for my taste. I’ve been trying to get Synology to add in HA between the Plus devices and expansion units for years now, but so far it’s a cost they don’t want to incur. Years ago they told me they didn’t believe the cost was worth it, because they didn’t think people would use it. They may very well be right.

The real question, though, is who the market is for these kinds of devices. Synology promotes the Plus line for both home and small business, so it straddles the line between higher-end home users and lower-end business needs. It’s a “private cloud for enthusiasts, professionals, and small businesses” which, to me, means just a bit more emphasis on RAS (Reliability, Availability, Serviceability) than the more purely home-focused uses.

But that’s my personal nit, and I accept that.

The key thing to keep in mind is that the Synology Plus devices can do a number of things, including media streaming, photo and file backup, video surveillance, and even Disaster Recovery.

I’m not going to dispute that these devices can do these things, but we’re starting to stretch the expectations just a bit. It’s not really a good idea to start piling up all of those features on the same box, let alone all the other features and applications that can be run using the DiskStation Manager (DSM) software. 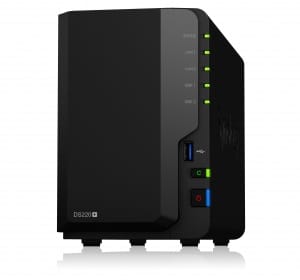 Take the DS220+ (left), for example. It’s got 2 drive bays with 2 GB of RAM. You should seriously reconsider this device if you are looking at doubling up on the applications and services on this device. Your choices are essentially RAID 0, RAID 1, or JBOF, which means the appropriate use cases for performance and heavy networking requirements should be carefully considered.

Personally, I have decommissioned my 2-bay Synology, because I kept getting the blinking blue light of death. For some reason, and I have no idea why, this problem seems to be pretty severe for some people. For me, though, it merely dropped connectivity until I forced a reboot by physically removing the power cable. This is definitely not an optimal solution for a NAS, so I limited its use to serving media (audio and video, podcasts, etc.). Even so, it was truly annoying, and so I simply stopped using it.

While this doesn’t mean that the DS220+ will have the same problem, I just have really gotten gunshy about the 2-bay systems.

So, for my money, if I were to need a new NAS device, I would personally choose the DS420+ (plus additional RAM) or DS920+, depending upon the cost. I believe the RAM is a better investment than the 4-core 2.GHz Intel Celeron processor, and I don’t really use the expandability feature (as noted above). I also don’t use the eSATA connectivity, so there’s not much of a bonus there. Then again, with only a $50 difference in cost, I don’t think I can get an additional 2GB of RAM for the Synology for that price.

To be honest, though, I prefer my Plus series with much larger bay choices. I prefer RAID 6 for my protection, which means that I need a much larger number of drives for data protection at the cost of losing 2 disks worth of capacity. Having said that, my DS418Play is only 4-bay, so there we are. 🙂