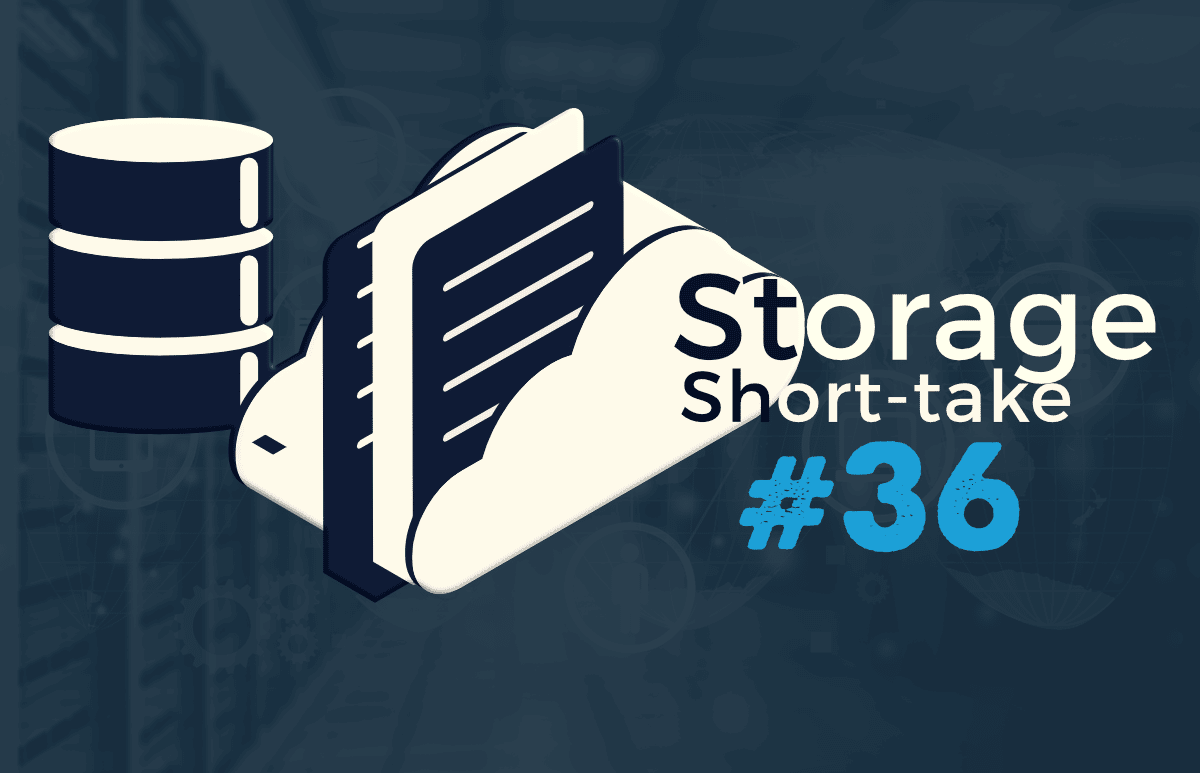 With everything happening on the Covid front, there are many industry associations (SNIA is just one of them) that are staying virtual for the time being. From what I can tell, though, there seems to be a little burnout and a desire to get back to face-2-face. I just am not sure when that will be possible.

The irony is that the side-effect to this is that the quality of content has actually gone up. There's a lot of competition for eyeballs and earlobes, and the ability for audience members to simply "turn off" a vendor advertisement or a bad speaker is very, very easy. So, conference organizers are starting to vet content a bit better.

So, will the higher quality counteract the growing fatigue? I suppose time will tell.

Lots of stuff to include in this episode of "Storage Short Take." SNIA's annual Storage Developer Conference, a possible Optane competitor (finally!), and the loss of a personal computing legend.

As usual, links were live at the time of publication. 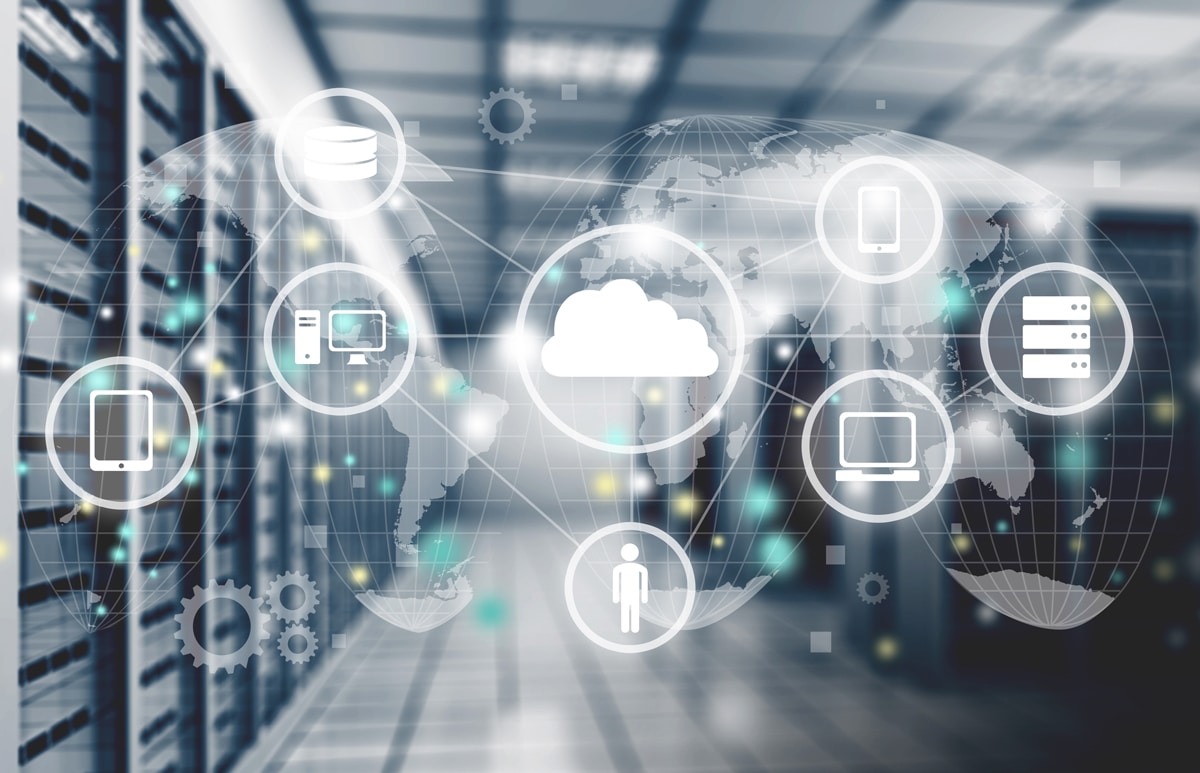 This is a series that I'm really looking forward to. Peter Jones (a former colleague of mine from Cisco, and now the Ethernet Alliance chair) has started a "Voices of Ethernet" series. I love these kinds of things, the behind-the scenes stories, the technical challenges that people had to face. When I was a doctoral student, I was privileged to be able to speak with a few of the people who worked on the original ARPANET in 1968-69, which became the basis of my History of the Internet paper that I wrote in 1995. It's still one of my most favorite and proudest articles that I've written.

What's interesting about this projection of SmartNIC (sNIC) sales to $1.5B in 2026 is that it's reported in a storage news site. I've long argued that SmartNICs and Computational Storage were two sides of the same coin, and I think you'll be seeing more and more articles talking about Data I/O being processed for both storage and networking interchangeably. Don't believe me? Check out Dell's announcement of using SmartNICs for VxRAIL.

Want. Just can't afford the number I'd need for RAID 60.

After 2 years of waiting since the announcement, Kioxia has released FL6 persistent memory SSDs (note: whether you want to call it "storage class," which I don't really like, or "persistent memory" which is closer to accurate, doesn't really matter. It's pretty damn fast). It's SLC NAND flash, which means it's not a radically new architecture, but the specs look like it should be pretty impressive for some heavy-duty usage.

So, I generally don't include vendor advertisements as part of the news updates, but NGD Systems has included a rather fair (IMO) assessment of ComputerWeekly's Buyer's Guide to Computational Storage. There are some really good summaries of other companies' solutions, so I'm including it.

HAMR is a technology that allows hard drives to store massive amounts of data on a single drive. Seagate has announced a new 30TB HAMR HDD that improves upon or corrects the limitations of the first generation. Before you get too excited about having that much capacity, it's useful to remember that this kind of drive is best used for archives, rather than programs and files that need constant read/write access.

It's been a while since I've perused Greg Schulz' StorageIO blog. As a result, I missed this really good technical blog (all his stuff is good, and all of it is technical) on NVMe/TCP performance from back in June.

Make sure to check out the latest Synology product security updates. DSM, Photo Station, and OpenSSL are the latest that need attention.

It appears that the Western Digital/Kioxia merger has passed one more hurdle, specifically that of impressing the Japanese government.

Could Cisco be getting out of the server business? Chris Mellor from Blocks & Files thinks so. I worked in that division for a long time, so I have a vested emotional interest in what happens there (though no financial investment; full disclosure). While it is certainly possible that Cisco would divest UCS, I somewhat doubt it. The big problem that Cisco has had with UCS is that they have seen UCS as serving (pun intended) the purpose of supporting HyperFlex, rather than simply seeing HyperFlex as one use case of UCS. But there is more to the story than just one software application running on top of UCS hardware. So, like I said, I doubt it will be divested.

It looks like both Western Digital and Samsung have been accused of switching components in their SSDs. This is not a good look for the storage industry. Let's try to not get a reputation like used car salesmen, eh?

You may have heard that SK hynix is buying Intel's NAND business. That was announced back in the fall of 2020. This news is a little late (coming from August), but in case you didn't hear the company is going to create a new US-based company to be run as standalone storage developer.

Despite the fact that the author can't figure out how to spell premises correctly (which always makes me doubt their credibility), this is an interesting take on the Storage Battle Between AWS, Google, and Azure. (note - StorageNewsletter hides their content behind a paywall quickly, so you may want to look at this sooner rather than later)

This is a little dated (coming from March, 2021), but it's not a bad starting point if you're trying to find out good Storage as a Service (StaaS) providers from ESG.

SNIA's Storage Developer's Conference starts on September 27. There are over 120 sessions, including a few from NVM Express. Over the years the conference has gotten bigger... and cheaper. But the quality has improved drastically. Even though it's a virtual event, the value/time ratio is through the roof. (Note, even if you see this post after the event, you can still register to get the content as it's recorded.)

Architecting IT has a podcast on building "SANs in the Cloud". This is an interesting question, and not just one for marketectures. Back when I was in FCIA, we tried for years to figure out how to create a standards-based approach to implementing Fibre Channel-based cloud storage, but it was nearly impossible to get the companies to agree on what that would look like.

Dan Frith has a really good blog about Ctera's "file-over-object" solution that was presented at Storage Field Day 22. I agree with his ultimate conclusion that it's impressive, as it's only improved since I first started paying attention back in 2016. Ray Lucchesi calls it "Cloud NAS on steroids," and I think he may be underselling it, in fact.

A quick reminder that there are some really good back-to-basics storage debates that are worth checking out if you're looking to get some comparisons under your belt. 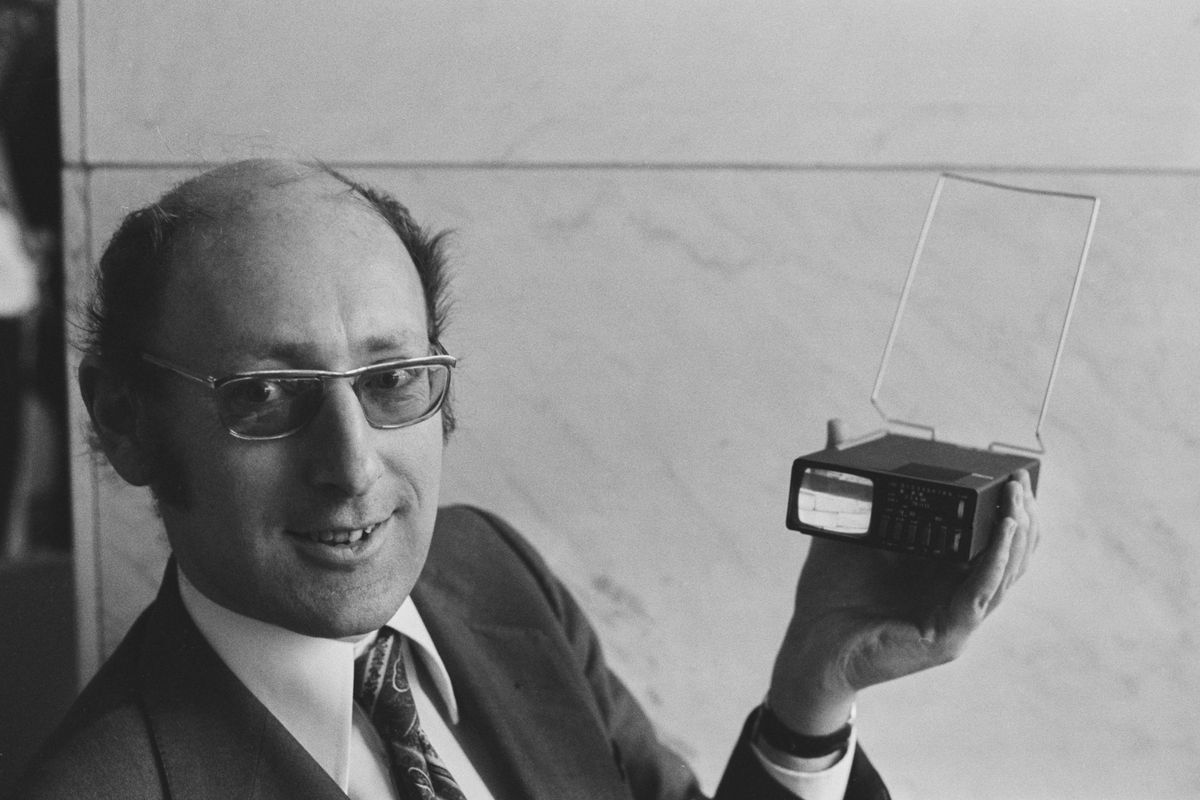 RIP Sir Clive Sinclair. Americans may not remember this British home computing pioneer. In the US, his Timex Sinclair home PC was sold through Radio Shack at a fraction of the price of its competitors. The TRS-80 (derided as the "Trash-80," unjustly IMO) was a staple for many as their first computer. (Available at Brendles, too!). So easy to use it came with a 164-page manual. Only 164-pages!
Tweet
Share
Share
Reddit
Share
Flip
Telegram
Clip
Email