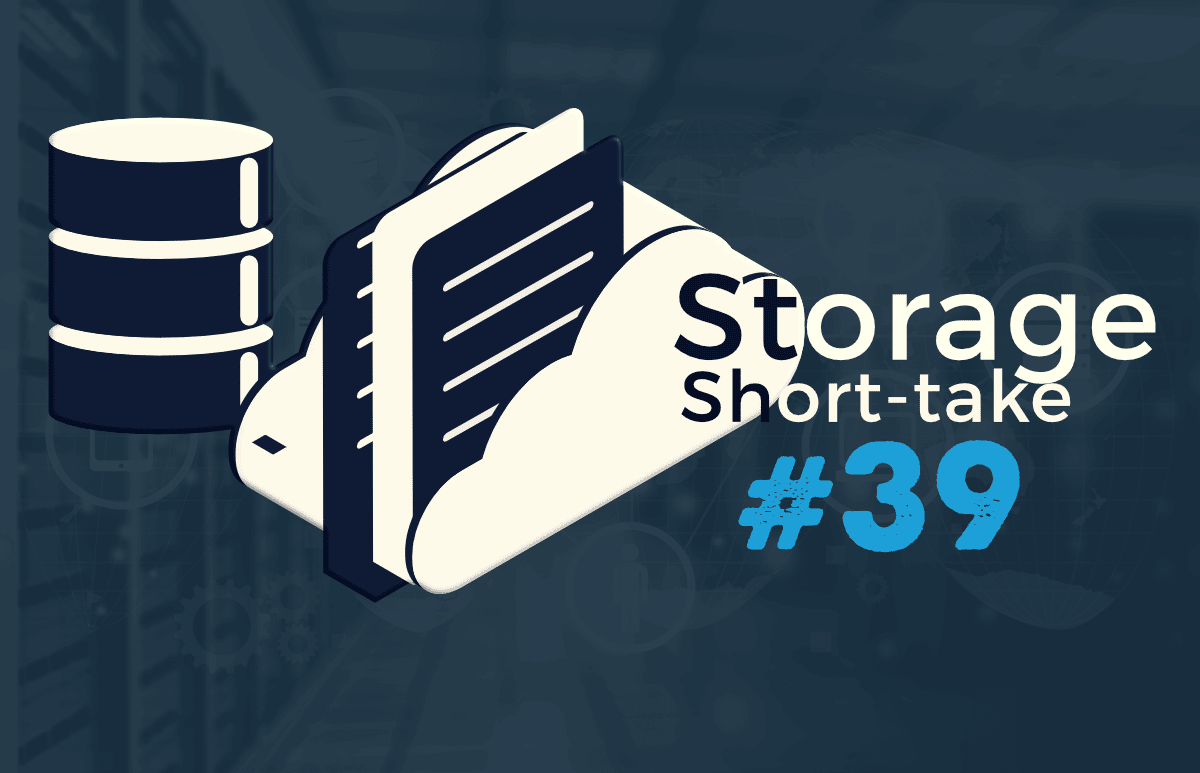 A lot can happen in two weeks...
Conference season hasn't wound down completely, but we're in the eye of the hurricane before the next round begins. It seems that during this time a lot of storage companies are making the news. Also, tape is definitely not dead.

Image stolen from "Mining Weekly," but how appropriate is this?!

I confess I'm not the most knowledgable about Bitcoin, cryptocurrencies, or the storage behind it (hey, we all have to learn sometime). But my friend Jonmichael Hands discusses the Chia approach of "farming" vs. "mining."

"Are we ready for Computational Storage?" Enterprise Storage Forum outlines the uses and development of CS in data centers.

This gets a bit deep in the weeds, but Amazon has published "Using lightweight formal methods to validate a key-value storage node in Amazon S3." In a nutshell, it's a way of evaluating the correctness of the data early in the process, which helps prevent consistency and concurrency errors in production.

Anandtech has released its latest "Best Internal Hard Drives" list for October. To my surprise, Seagate has swept the majority of their "Top" slots for their recommendations.

Gartner released their "Critical Capabilities for Primary Storage" report. To my surprise, the entire report is available for free (as of this writing). While their "key findings" and "recommendations" really aren't, uh, prescient, their breakdown of vendor offerings is quite interesting.

Anyone who puts a "Green" drive on their list of "best deals" loses major credibility points. I'm posting this list here of suggestions to avoid.

On the other side of the spectrum, however, ElectronicDesign has a really good article about the EDSFF SSDs (and their "myths") that is worth a read if you're interested in form factors.

What could go wrong? The UK's secret services (MI5, MI6, and GCHQ) have decided to outsource all their secret information to Amazon Web Services.

Speaking of that, AWS has started upgrading the software behind the S3 storage cloud.

I was interested to see the news that Iguazio had become a Pure Storage technology partner. It's been a while since I sat down with them, but not that long ago they were adamant that they weren't interested in integrating with traditional data center storage environments. This is not to say this is a bad thing, or a change in direction. On the contrary: I think this is a very good place for Iguazio to be.

Reuters reports that merger talks between Western Digital and Kioxia have stalled. Apparently there were a lot of stars that needed to align, and there were a few that didn't.

A couple of major personnel shifts in the industry. First, Paul Maritz (yes, that Paul Martin, formerly of VMware) has now moved into the Chairman slot for the Board of Directors of Acronis.

Second, Eric Herzog (formerly of EMC and IBM) has been appointed CMO of Infinidat. I think it's safe to assume we'll be hearing a lot more from both companies over the upcoming year or so.

Backblaze, a (surprise, surprise) backup company, has filed for IPO.

According to the Wall Street Journal (subscription required), Seagate allegedly sold hard drives to Huawei in violation of the Commerce Department's BIS restrictions. This could potentially be a very big deal, as the penalties are severe (including possible jail time).

StorageNewsletter reports that Micron Technologies intends to invest $150B (with a "B") in global manufacturing and R&D. This is quite a stand, and a significant reversal from the apparent retreat from various storage/memory markets that the company has been doing in the past couple of years.

SNIA recently posted the Q&A for their most recent Fibre Channel webinar.

On the 20th anniversary of the Apple iPod, here's a great article about the prototype - created just 2 months before production.

Here’s the prize for the winner:

Plus all the training you need to ace the exam:

Here's the link to enter.