Lately I’ve been craving a project that can get my creative juices going, something that doesn’t involve computers, networks, or pretty much anything overly software-oriented. In fact, I need something that’s going to take my mind off of anything remotely related to that stuff, take me out of the work mindset.

Ever since I was a kid I wanted to rebuild/restore a car. The problem? As a Navy brat we never lived anywhere long enough to actually start a project with the reasonable expectation of finishing.

The other problem? I know next-to-nothing about cars. Seriously. I’m a total noob.

I do, however, have a total thirst to learn; I’m a sponge. In fact, I’ve spent several hours reading about restoring cars (especially old Jeeps). Anything I can get my hands (or web browsers) on, I’m there. Any advice I’m given, I’m taking.

For about 3 months now I’ve been looking for a project car. I thought about restoring a ’69 Camaro RS/SS (just like the one in Better Off Dead, or like this one), but realized that was probably way above my payscale. And if that weren’t too difficult, then the ‘65 Cobra Kit car was right out!

So, having owned a 1991 Jeep Wranger (and loved it), I’ve had some experience with the LEGO-like nature of the car, and thought it might be a great starting point. I noticed, for instance, that you can pretty much build an entire Jeep with parts from a magazine catalogue if you wished.

For the past 3 months or so I’ve been looking at Jeeps that might qualify. I was looking for something that might actually be running, perhaps not a “frame-off” restoration (though I thought that would be cool too). In general something that was worth restoring.

The day after Christmas, 2011, I found what I was looking for, for the price I was willing to consider.

Is it beautiful? No. But then that wasn’t exactly the point. It is, however, in good enough nick that I should be able to keep as much of the original pieces as possible, though. It will be a frame-off restoration, but as I think more about it I believe that it will ultimately be much, much better for it. I don’t want to cover up rust issues; I want to fix and prolong the life for as long as possible.

So, without further ado, here are the photos of the Jeep that I’ll be cutting my teeth on. 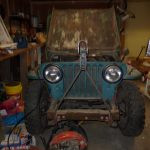 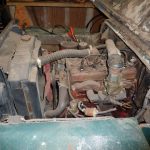 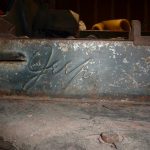 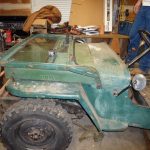 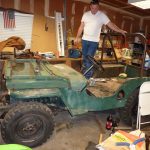 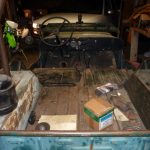