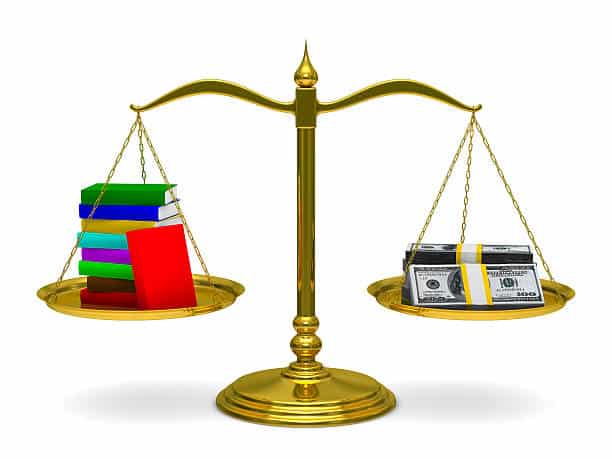 The systems were designed well, I think. When we were in school or college, passing was supposed to mean you knew the material, basically. A B showed you were pretty good, and an A was only for the smartest students. Not relatively the smartest, but objectively the smartest. Most people could at least pass, fewer were B students, very few were A students, and a tiny fraction were straight A students. At least, that’s how it was supposed to work.

I was a straight A student all through high school. Actually, I didn’t just average As, I almost never was handed back a piece of paper with less than a 90% mark. Honestly, I didn’t feel the sense of accomplishment I thought I was supposed to.

Fast forward to college. Oh man, Georgia Tech hit me hard. Not only did I experience my first B, I got my first C. Advanced Linear Algebra, or what was meant to be the first proofs class. I was told by the professor to quit mathematics which was devastating to hear. Under the way grades were supposed to work, he was right. It meant I was barely treading water in a field that was only going to get harder.

I kept going. In the next course, the first in real analysis, all those ideas that didn’t click during Advanced Linear Algebra just made sense. I started excelling, and I learned one of my life-changing lessons: Grades aren’t indicative of your performance, nor do they indicate the ability to apply that knowledge elsewhere or retain the lessons learned.

Grades are just a barometer for what a school or a professor deems worthy.

That course challenged me, fundamentally. I slipped and fell over and over again, and didn’t find my footing until the next semester. But once I realized As didn’t really matter; once I realized that the letters on my transcript were due to someone else’s value system I didn’t agree with, I lost inhibition and fear. I grew by taking on things I wasn’t sure I could do, and finished my PhD in mathematics about a year and a half ago.

Once we leave school, the measure of a person’s value became job title and salary. It makes sense, right? We’re willing to pay more for something or someone we need very much. But is that really true?

Airline pilots go through grueling training for years, and amortized over their careers, make very little. EMTs are paid far less than a director of marketing. None of these observations are new, nor is complaining about them.

Sticking strictly in the business world, the highest paid individuals are in executive management, marketing, and sales, mostly. But CEOs of large companies are ultimately pretty interchangeable – in fact, it happens all the time. Even moving down to comparing branches, businesses spend billions on marketing, and very little by comparison on research.

Is the system of salaries and spending really broken? Maybe it’s not. Maybe it’s a barometer of what businesses value. The word “value” is quite vague; we all have different values. Marketers, salespeople, and CEOs are highly valued because good ones produce high stock prices, and favorable quarterly profits. If a business’s value system ranks these things more highly than long term exploration, then it makes perfect sense that they structure their spending and salaries the way they do.

It means that the vast majority of what companies value1 differs from what I or other individuals value.

It means that salaries are just a barometer for what corporations deem most worthy.

And there is my next lesson, the “business version” of what I learned regarding grades. Salaries are ultimately a metric for someone else’s value system. Most corporations look quarter-by-quarter, maybe even a couple years out. What if you see further than that? Then the things you think money should be spent on will differ.

If you were ever laid off, if you are making less than you think you should2, then your values didn’t align with your employer’s. That’s all. Straight-A students are not necessarily better than students who made a C or three. Derive your value internally, by looking in a mirror and evaluating yourself objectively, not relative to someone else.

I realize this is hard. I also realize that my idealistic notions of not caring about salaries or grades sound a little new age. Obviously, there are penalties for these attitudes, especially in the short run. My undergraduate GPA wasn’t a 4.0 – that cost me admission into some of the more prestigious PhD programs, which would have led to good academic jobs. Refusing to align with what businesses deem valuable today means that you will have less discretionary income.

Honestly, after doing both, I’m happier for it. I’m not afraid anymore. I don’t have the best academic pedigree, but someone recognized the work I did, and for a while, I had my dream job. It came from an unexpected place, after I was rejected from almost every national lab in the country. Now again, I believe the same thing – uncompromised vision. I believe in fair trades – I’ll find someone whose value system is analogous to mine. Until then, my salary doesn’t matter.