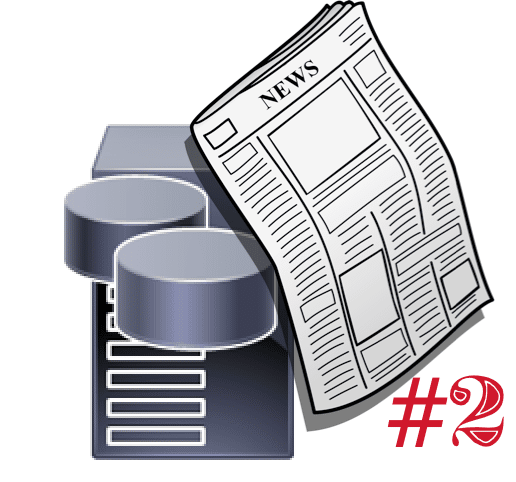 Hey, whaddya know! I managed to actually get a second one out – when I intended to do it! 😛

Western Digital has been assigned a patent for HAMR media structure. If you’re not sure what HAMR is, or why it’s useful, I highly recommend you head over to Howard Marks’ excellent piece on boosting storage capacity with HAMR.

Israeli startup Noobaa has been snatched up by RedHat. I’ve been a fan of Noobaa since I got a personal introduction to them about 2 years ago. I was a bit put off by the cutesy name, but their UI was the real deal. They were kind enough to offer me all kinds of help to test their software beyond the demo they showed, but… I just never quite managed to find the time to test it. Even so, congratulations to them and I hope that RedHat can put them to good use.

Wait, what? How did I miss this? Is Xilinx in talks with acquiring Mellanox? If this goes through, this will be big news in the storage industry, as Xilinx makes many of the component materials for high technology, and Mellanox is the king of NVMe-oF adapter solutions. However, word has it that these are simply rumors and to be taken with a giant salt lick. I’m actually leaning in the “rumors” direction, myself. We’ll see.

Elastifile has created a cool hands-on lab (called Qwiklab) to lead users on a guided tour of their software. I’ve been a huge fan of Elastifile for years, and have been constantly impressed with their direction and offerings. This is certainly a company and technology to watch.

If you’ve never heard of LINBIT before, you probably should start paying attention. Essentially, they take Linux’s embedded storage functionality and, well, makes them usable in concert for use in a distributed or clustered environment. In any case, they just announced that they have established a reference architecture for SDS with OpenNebula. Pretty cool stuff.

SNIA’s Ethernet Storage Forum has long been providing educational content on a wide variety of storage topics, not just Ethernet. In order to accurately capture this wider scope, the group has changed its name to “Networking Storage Forum” (NSF). The change reflects a broader area of interest, and more accurately encompasses the synthesis of many different touch-points of storage – not just the wire.

December 5-8, 2018. The first NVMe Developer Days will be held at the Hilton San Diego Bayfront, focusing on – you guessed it – NVMe technical content. I will be presenting on NVMe-oF (Fibre Channel), NVMe-oF (Ethernet), and moderating a panel on networking transports.

In chronological order for the foreseeable future…

Wednesday, December 5, 2018. ActualTech Media is putting on another one of their Megacasts, this time regarding Disaster Recovery (DR), DR as a service (DRaaS), and Ransomware. With all the breaches in the past 6 months, companies should rightly feel paranoid about the risk of their attack surface. I just hope that the vendors involved actually move beyond advertisements for their products and into general technical principles of keeping data safe.

Tuesday, December 11, 2018. Speaking of Howard Marks, he’ll be speaking at ipSpace’s seminar on Hyper-Converged Infrastructure Deep Dive. Think what you will about the overuse of the term “Deep Dive,” but Howard delivers the goods.

Tuesday, December 11, 2018. Continuing its streak on delivering high-quality technical education, the Fibre Channel Industry Association (FCIA) is doing an advanced (and I do mean advanced) seminar on 64GFC. Come prepared to learn more about the fastest FC spec yet. Very useful for those who plan FC architectures and networks.

Thursday, December 13, 2018. ipSpace is hosting yours truly on the Network Impact of NVMe over Fabrics (NVMe-oF™). I’ll be limiting my discussion this time to Ethernet networks, and how NVMe (and NVMe-oF) are changing the nature of the game when it comes to affecting network design – and some of the things that network administrators should be aware of.

Wednesday, December 19, 2018. PacketPushers is doing their 3rd Virtual Design Clinic, where I’ve been invited to talk about – you guessed it – NVMe-oF and networks. 🙂

Thursday, January 17, 2019. SNIA NSF has managed to capture Cody Hosterman and Jason Massae to discuss Virtualization and Storage Networking Best Practices. If you’ve ever seen them present before, you know that you’re going to be in for a real treat, as they know virtualization environments and storage inside and out.

Not storage-related specifically, but a special shout-out to my friend Dr. Rachel Traylor, who did a well-received presentation on Network Connectivity, Graph Theory, and Reliable Network Design for ipSpace.

Update: Mosey on over to Short Take #3!