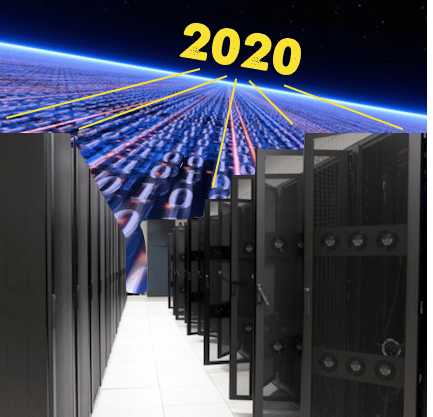 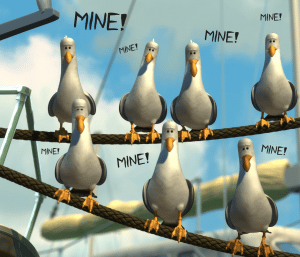 I’ve had a great time being a bit snarky when it comes to other peoples’ storage predictions (or lack thereof, in some cases), but it would be completely remiss if I wasn’t willing to put forth my own perspective. Please note, of course, these are my own predictions and do not represent any company or standards organization in any shape, manner, or form.

So, without further ado, here are the predictions that I am making for 2020. As always, your mileage will vary.

The Age of New NVMe Investment Is Coming To A Close. A couple of years ago, it felt as if all you had to do was say the phrase “NVMe” and there was a new startup every week. For now, though, new ideas are going to be very hard to come by, as block storage like NVMe has a finite number of creative applications. Pretty much most of the missing pieces have been found, and there will be far fewer new investments in different form factors. Once again, the momentum will shift towards software and architecture.

The Definition of Computational Storage Will Solidify. We are still at least a year and a half away from anything resembling mainstream adoption of computational storage, mostly because we are still trying to define what the term actually means. In reality, moving the computational piece closer to NVMe storage should be more properly called “Computational Memory,” but at the moment that actually sounds redundant as most people think of the use case.

Instead, the ability to create a more powerful computational force co-located with memory/storage will improve its scaffolding in 2020, define its terms properly, and begin to explore new and interesting use cases for applications in Edge Computing and disaggregating the storage stack. It requires more of a decentralized, “swarm” mentality of specific-purpose devices, though, which in turn means that changes have to be made to the deployment and procurement and integration models. All of that work will be done in 2020.

I’m going to go ahead and plant a flag, here. Without having any inside knowledge or information (just watching the trends), I’m going to say that Development of SATA standards will likely cease in 2020. This is not to say that the protocol or the technology is going away or won’t be sold. Rather, I think that the development of the standard will cease to be a relevant activity in the storage world. From a cost, technological, and market perspective, developing new features that are specific to SATA will not make any sense by the end of the year. (Disclaimer: I am not, nor have I ever been, a member of T13, the organization that drives the SATA standard).

And now, for some explanation…

NVMe: To me, the real magic of NVMe is that it isn’t actually just a block storage protocol. Instead, the brilliance of the technology is that it is a lingua franca interface that can be used to facilitate storage using memory semantics. Companies like Netflix and Amazon have been doing this for quite some time with great success and much heralded enthusiasm. Investment should, and likely will, be placed into those kinds of use cases where NVMe facilitates persistent storage/memory solutions, rather than simply be a block storage solution.

Thing is, it’s non-trivial; all of that work, from architectural (hardware and software) and ecosystem perspective, is going to be done in 2020. Each of the different implementations of Computational Storage has a particular sweet spot, which means there is a lot of room for positioning the different technologies in win/win scenarios (as opposed to, say, which company will “win” out over another). It’s a really exciting time to see this building up.

SATA. This is, without question, the most controversial statement. It’s also a Hail Mary-type of prediction, because I have absolutely zero insight into what’s going on in the T13 group. Having said that, there are still tea leaves to be read, and my reading of the environment is that SATA standards development has slowed down considerably.

This is not to say that SATA products aren’t going to be available, or are going to cease being produced. This is absolutely not what I’m saying! What I’m saying is that the standards development is likely to cease by the end of 2020 to add in new features and functionality into the SATA protocol. We shall see just what this will mean in terms of product development and introductions of new features in the marketplace, but my guess is that the natural move to NVMe for SSDs will consume most of the new features, while SATA will tend to be relegated to HDD/archiving/cold storage use cases.

So, that’s my sticking-my-neck-out predictions for 2020! Flame away!