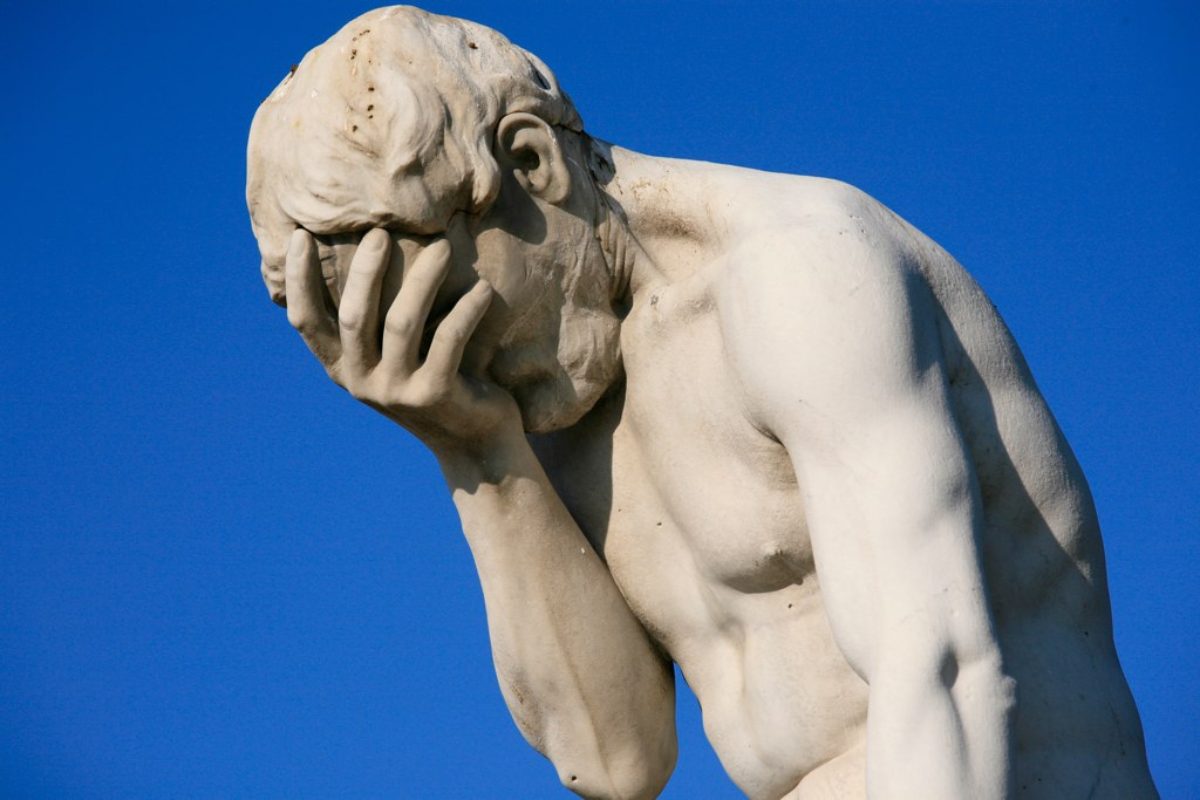 “Ladies and Gentlemen, we regret to inform you that the coffee maker is not working on this flight. That means that we won’t have any drinks that require hot water. If you absolutely need your coffee fix on this flight, Starbucks is around the corner,”

The people in the gate waiting area laughed, as the gate agent was obviously intending a joke.

“Does the plane work?”

Another laugh, but softer. I turned to look behind me, and saw a short, stocky man with a very full beard. He was loud – louder than the announcement speaker, in fact.

“Yes, the plane is working fine,” the agent said. A smile.

“That’s all I care about,” the stocky man said. “Thank you, sir.” An enthusiastic thumbs-up.

“… and all that was important to me was that the plane is okay! I can deal with no coffee!”

I turned around, and it was the stocky man, returning from a direction that was not Starbucks. He was talking, extremely loudly… to no one.

Oh God, I thought. It’s going to be one of those flights.

I found myself getting a bit irritated, as I tend to do when there are people who are loud for no reason. Maybe I’m built to a different rhythm, maybe I just don’t like to draw so much attention to myself, or maybe I’m just bored of people who seem to be in a constant “look at me” mode.

I’m just not a fan of loud people.

As it came time to board the plane, he went on. And on. I learned about how he did rock climbing, how he loved spelunking in caves. I learned all of this, and more, even being more than ten people away from him in line.

He garbled something to the woman next to him in “French,” those none of his words matched up with any French that I could recognize. 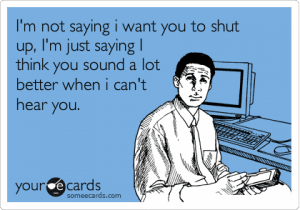 He talked with her for a while. We all heard everything, of course. It was impossible not to. They talked about her, her name (Mareille), how pretty a name it is,, where she was from, and how he had never been to Canada. He then proceeded to tell her how pretty it was, where she lived (yes, even despite never having been there).

American, I thought. who would have guessed?  If it was possible to internally roll my own eyes, I would probably have done it.

As the plane started to roll down the taxiway for takeoff, he said the line that brought it all into focus:

“I can climb mountains, I can go diving in the Marianas, I can go deep into caves, but planes mess me up, man.”

All of a sudden, my sense of perspective did a 180 so fast I felt like I had received whiplash.

This man is scared out of his mind.

What I – and the entire plane – were witnessing was a man struggling with one of his greatest fears in the only way he knew how to do it: Talking.

I reflected back upon everything I had heard up to that point. He had always been polite, he had been funny (a little), he had been inquisitive, he had been extremely friendly, but he had never lashed out or said anything offensive or disruptive. He had been engaging with people in a respectful manner. Always.

He had only been loud.

I started to piece together the events from this new frame of reference, and put myself in his shoes. Would I have been so upbeat and friendly? I mean, I like to think I could have hidden my emotions under a layer of politeness and decorum, but this man was frightened to the core.

This last part became obvious as the flight began. After all, I could hear everything he was saying, and it all came out on his sleeve.

The woman next to him, Mareille – bless her – must have seen something. She was, after all, right next to hm, but she talked to him and engaged with him. He, in return, was laser focused on everything she said. He never said or did anything inappropriate, never gave any indication his attention was anything other than genuine interest.

It wasn’t a long flight, but it felt like a blink of an eye when the announcement came in that were on our descent for landing.

“Ladies and Gentlemen, weather in Ottawa is clear with good visibility, with a 4 mph wind coming from the southeast. We expect a smooth ride in.” And so on.

I realized at that moment that I hadn’t heard a sound from the bearded stocky man for a while, and suddenly I panicked. Is he all right? What happened? Is the silence a bad thing?

As we descended into the airport, I found my anxiety growing, inexplicably. I wanted, no needed, to know if he was okay. The plane bumped, hard. I felt for the climber/diver dude. For the most part, the approach was really smooth, but that was how I felt, with more than a million air miles experience. How did it feel to him? Was he obsessing over every bump and sway?

He was so quiet. Was his coping mechanism broken? Was he internalizing all of these fears so much that he was struggling, in pain? For half the flight we heard hints and moments about how he was scared of flying – could this landing be torturing him?

I couldn’t turn around, of course, couldn’t see for myself. But now the silence was killing me.

The landing was fine, but then the pilots jammed on the brakes hard. All of us were thrust forwards in our seats, against our seat belts. Looking out the window, the Ottawa landscape was covered in white. Mostly snow, but the color of the tarmac looked like it could very well be ice.

My mind flashed to a vision of the plane skidding off the runway, and the pilot’s inconsistent braking – hard, then soft, then very hard, then soft – seemed like it could really be a possibility. Nevertheless, all I could think about was this poor guy somewhere behind me on the plane. Was he thinking we’d slide off the runway? Was this thought going through his mind? Planes are not supposed to lurch sideways once you’ve landed, after all.

I was really, genuinely worried. I felt ashamed of my earlier dismissal of him. I felt like I had rushed to judgment too quickly, been too harsh in my attitude. Even though he and I never exchanged a single word or look, I felt guilty for my impatience. I felt as if I needed to apologize to him for how I had been thinking, for rushing to a conclusion about who he was and the nature of his character too quickly.

I needed to know how he was doing.

With the final chime that turned the seatbelt sign off, I jumped out of my seat. I didn’t know what I would do, mind you, as there’s very little someone can do in a sardine can with wings in case someone is having a rough go of the flying experience.

I saw him, four or five rows back. He was calm, happy, even smiling. Through the cracks of the seat, I could see one or two knuckles gripping the armrest, bleach white. Looking back at his face, you’d never know that he was holding on for dear life.

There was a brief shadow of movement, and I saw the woman rest her hand on top of his. He turned to look at her.

Loudly (of course) he said, “Thank you for talking to me. I’m really looking forward to seeing your beautiful country.”

Polite as can be. Earnest and genuine. Just loud.

I grabbed my hat and my bag, chastened by my impatience and rush to pass judgment. I’ve always considered myself to be a friendly person, but every once in a while I get a lesson that shows me just how much I have left to learn.