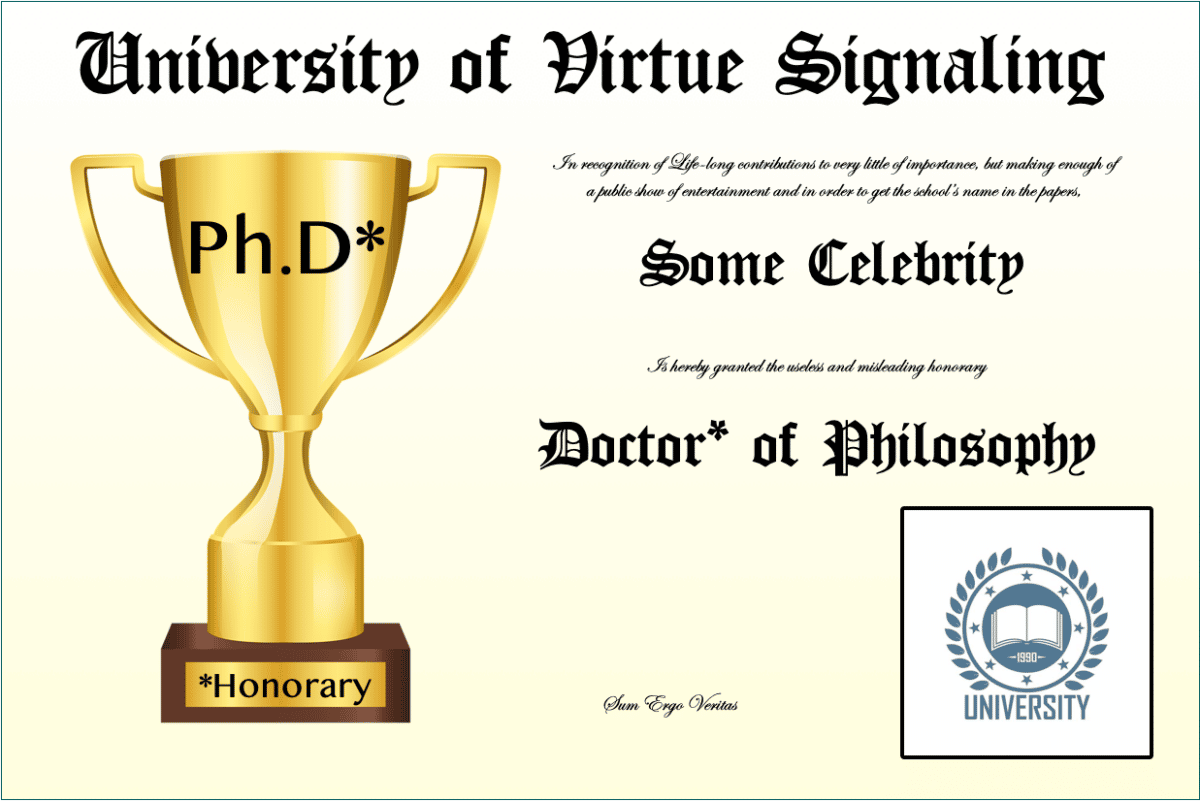 Another Quora question that caught my attention. This one struck a nerve:

Is it tacky for honorary doctorates to use the title before their name?

This may seem like a biased answer (because it is), but IMO an honorary doctorate is the university equivalent of a participation trophy.

This is very important to understand: Honorary Doctorates are not degrees, nor are they representative of academic accomplishment. They are political, and they are appointed.

What’s the difference? Well, a huge one, actually. Getting a Ph.D is unlike any other task. In fact, most people who start down the path of getting one never finish. It involves a lot of tedious, esoteric work - work that almost no one else on the planet cares about, more often than not.

(Actually, that part is very true - part of the challenge of doing a Ph.D is finding something worthwhile that no one has ever done before, which by definition means that not a lot of people find it interesting).

What’s more, a Ph.D is a hunting license. There is an adage that is worth remembering:

A bachelors will let you think that you know something.

A Masters will let you think that you know everything.

A Doctorate will let you think that you know nothing.

When someone simply gives an “honorary” doctorate, almost every recipient believes that they have not only achieved something, but it has been a capstone to the career - as opposed to the starting point for research and examination. An end point, rather than a starting point.

Or, if a more simplified analogy is appropriate, think of it like this.

Imagine someone gave Seth Rogan an “honorary black belt” for starring in The Green Hornet, and he went around telling everyone that he was a martial arts expert and could kick their asses. 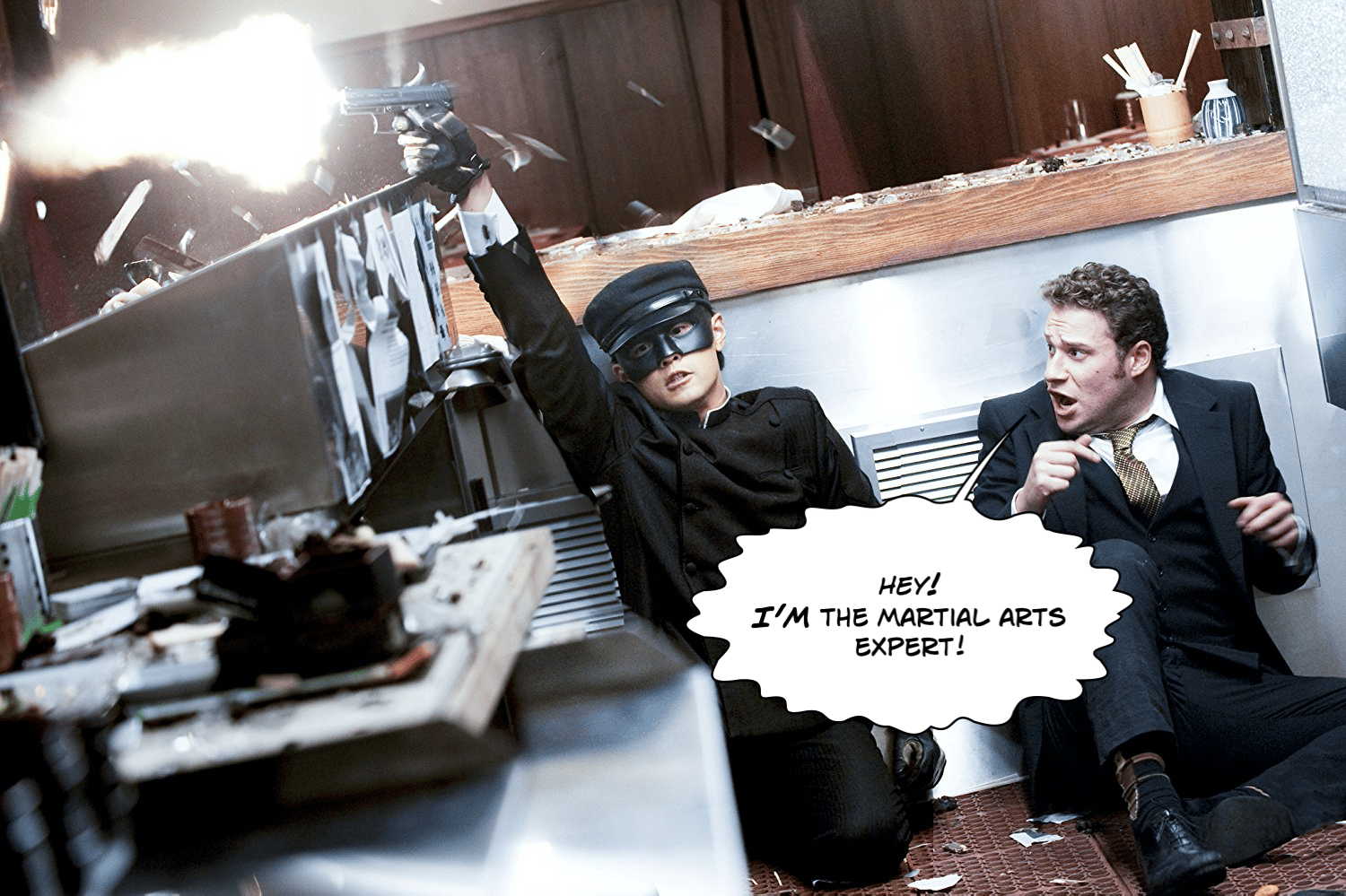