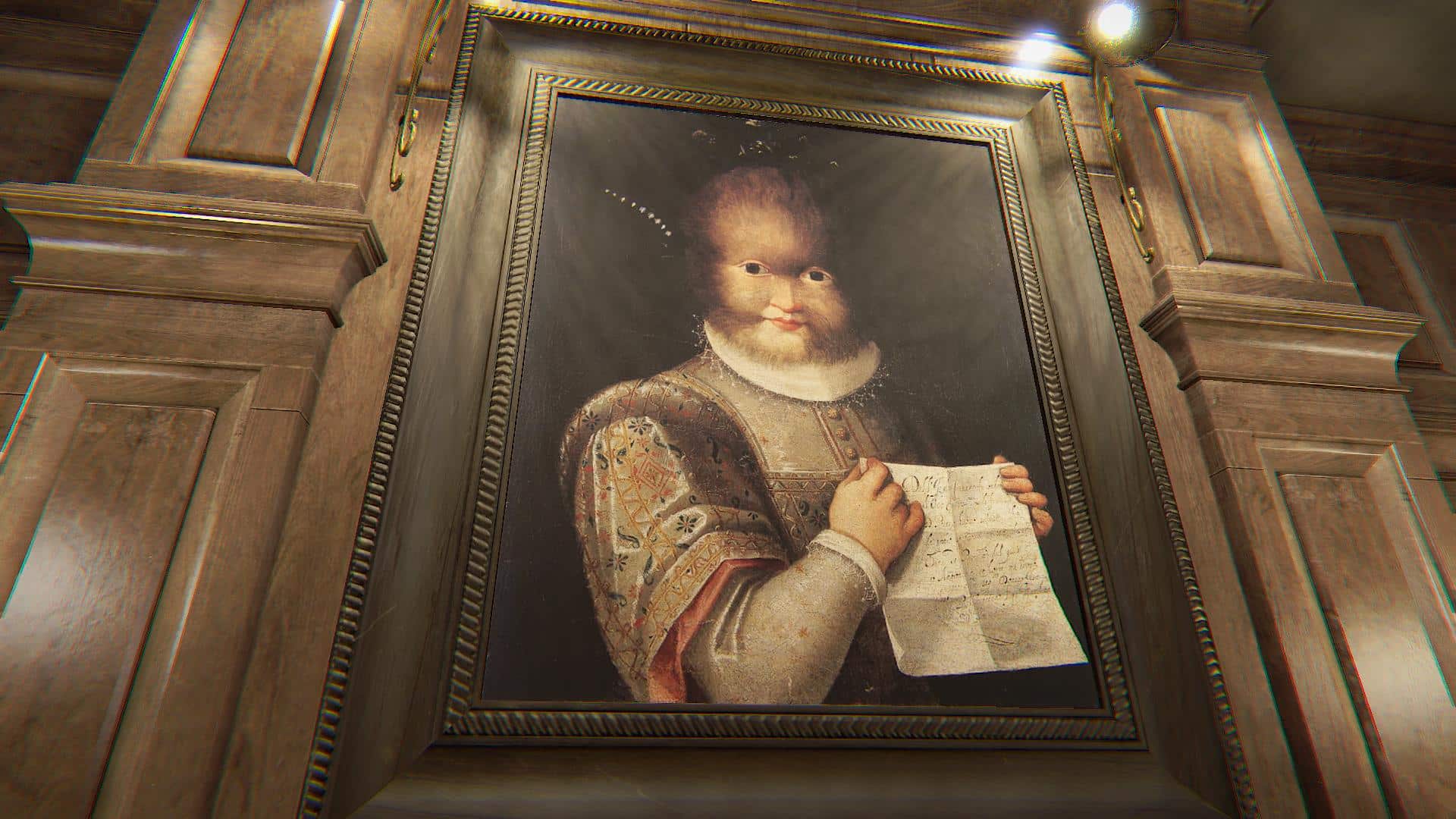 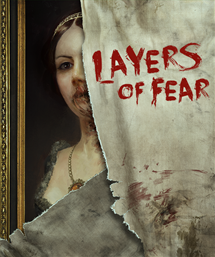 Layers of Fear falls squarely in the psychological (some my say psychedelic) horror genre, from Polish indie developers Bloober. The game features a dark – sometimes too dark – environment, truly twisted visuals, some fantastically hair-raising moments, and a unique take on field of view that masterfully turns the haunted house into a claustrophobic Winchester house of terror.

Despite this promising mechanics, the game falls into some trite clichés and woefully missed opportunities. Even so, for a short jaunt into madness at about $4, it’s highly recommendable and entertaining.

Score: 7/10This is a game that has apparently polarized people, mostly because of the significant technical issues in early builds and reliance on horror tropes (read: jump scares) with very little action or risk (e.g., the player cannot “die” in the game, meaning the threat has little-to-no bite at all).

It’s All In The Immersion

First, allow me to take a moment about the equipment I used. It’s nothing outrageously high-end (70″ 1080p TV, 5.2 Surround Sound, PS4) but it’s definitely not a slouch, either. The game comes in PS4, XBox One, and PC variants, but whatever your poison, you’ll want to try to ensure that you use the most immersive environment possible.

If you don’t have a display that can dominate your field of view, appropriate audio is a must. The surround sound is critical, as the changing environment is wild and unpredictable, and at times the only way to know that something requires your attention is a sound that exists just outside your peripheral vision. I turn around for TWO SECONDS….!

The game subtly attacks your belief in your senses, as the environment can change dramatically or very quietly. With the proper equipment you will get drawn into the game as you begin to rely on untrustworthy senses. What’s more, the more you get drawn into the environment, the more it will force you to question what you see. It’s the changes that you don’t see (but know are happening) that make you hang on the edge of your seat.

The premise of the game is very simple. You play an insane painter, struggling to complete his magnum opus. Once great and lauded by the art world, he is beset by one catastrophic artistic failure after another, at the same time as allowing his marriage to dissolve in neglect.

Confronted with the worst case of artist’s block imaginable, you begin the game with a blank canvas that must be completed to restore “your” reputation and self-esteem, and no price is too great to pay.

Should you remove the linen? SHOULD YOU!?!

As you wander the house, the madness takes an ever-greater hold, and the very fabric (pun intended) of your reality is open to questioning. Scattered throughout the house are clues to the story of your life – whatever’s left of its tattered remains. Letters from your wife, your agent, your shrink(s), as well as newspaper review clippings and frustrated sketches of rats pepper your journey around the house.

All of this serves the “find out who you are and what’s going on” motif, and of course you are hindered in this goal by the ever-changing nature of the house itself.

Like BioShock‘s Rapture, Layers of Fear brilliantly creates the environment as a key character in this saga. As you begin to work your way through the halls, you will start to realize that things begin subtly changing. A burea with closed drawers, until you whip-pan to find one of them open now. Doors that were locked… until you try them again. Walk around the corner to find that you’re… in the same hallway from which you came. So, you go back the way you came… only to find time is reversing.

Look closer. Tilt your head, and things will slide off the walls to match your tilt. See something out of the corner of your eye? No, okay, should probably contin – whoa! Who put this wall here where there was a hallway!

The Lady or the Tiger?

By far the greatest strength of Layers of Fear is the seamless way these changes – both subtle and overt – not only affect the environment, but the gameplay itself. Suddenly you don’t know what senses you can trust, or your own recollection of where you’ve been moments before. Go through a doorway into a room, dimly lit but orderly, turn around to check the doorknob (locked!), then turn back to the room and find it in shambles.

Bloober has managed to do this so well, and so perfect, that it’s unmatched in any game I’ve ever seen. Combined with excellent foley effects (well, mostly, see below) complete synchronicity with surround audio, as well as haunting-but-unobtrustive soundtracks, and it’s a chilling experience when fully immersed. The creepiness factor at that level is truly demented, and everything you could want from a horror game.

For all its game mechanics brilliance, there’s far too little of the story, and far too few things to do.

Many reviews have criticized Layers of Fear as being a walking simulator (actually, limping simulator would be more appropriate, as you play a character with a malformed wooden leg). To that end, there is merit in this criticism. While the game does contain puzzles, they are few and far between, and are disappointingly isolated from driving the story forward. 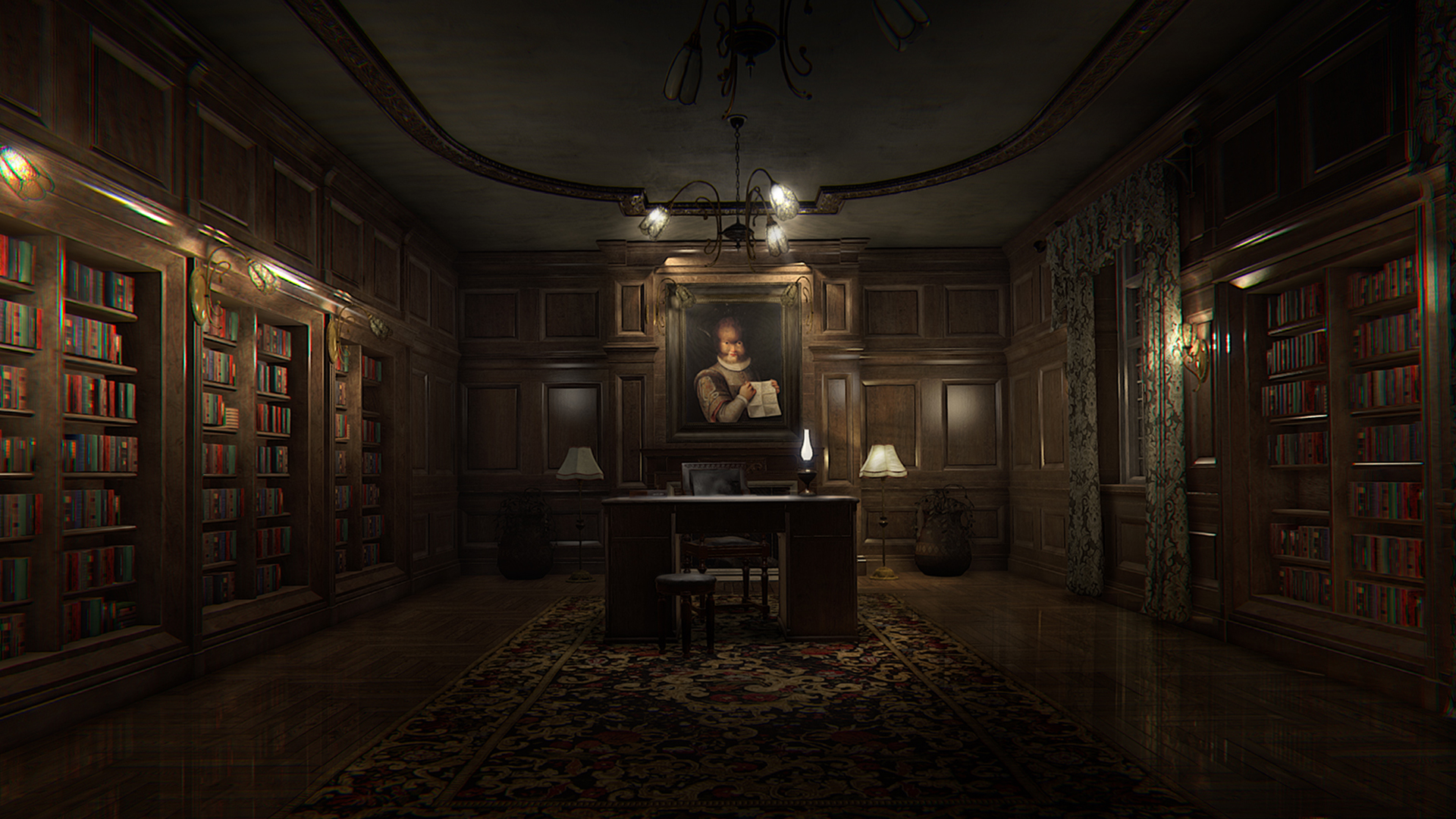 One of the more interesting rooms in the house

Despite the magnificent visual nature, the game relies very heavily on jump scare tactics to seal the deal. “Just in case you weren’t creeped out, we’ll guarantee you get your money’s worth with a Boo!”

Rats scurry, paintings fall, and of course, that looming figure in the distance will make it across the distance in no time flat. Should I go see why she’s crying?

It’s a shame, because it’s unnecessary. The atmosphere of the house, plus some truly creepy visuals, do the job nicely on their own, thank-you-very-much. In fact, the game is so dark, it frequently devolves into absolute pitch – and it’s obvious that this was not actually a method of maneuvering the plot forward.

Because of the low-interactivity with any real threat, the character doesn’t actually “die,” but merely gets relocated to another portion of the house if things go “wrong.” However, it’s not clear if things actually went wrong, or if this was part of the guided tour. It makes the jump scares all-the-more unnecessary, because with the character’s deformity it’s not as if you can run away or implement some form of stealth. Without this kind of risk or threat to the character, the jump scares as a substitute cheapens the game’s effort.

The game’s faux non-linear approach also robs the narrative of its power. Because of the ever-changing nature of the house, there is no way to back-track and explore other avenues. There’s no way of knowing, for instance, how to find some missing links to the narrative of the artists’ life will ever be recovered.

As someone who truly relishes the storylines of such games, I found the overall narrative of Layers of Fear to be sorely lacking. Even though I was actively looking for the clues, opening every available drawer and cabinet, somehow I never did manage to find out the full story of his wife and daughter.

Part of the problem was the excruciatingly small activation areas. First, they made the already awkward controls even more frustrating, as it was painful to center the pointer correctly, and second, it was far too easy to miss important plot points that would bolster the experience. When you make the story itself into easter eggs to find, rather than key requirements to move the character towards some tragic conclusion (which you know is coming), you’re doing it wrong.

Given how clever the game is with respect to the child’s nursery, for instance, it feels almost criminal that such potential would be wasted. 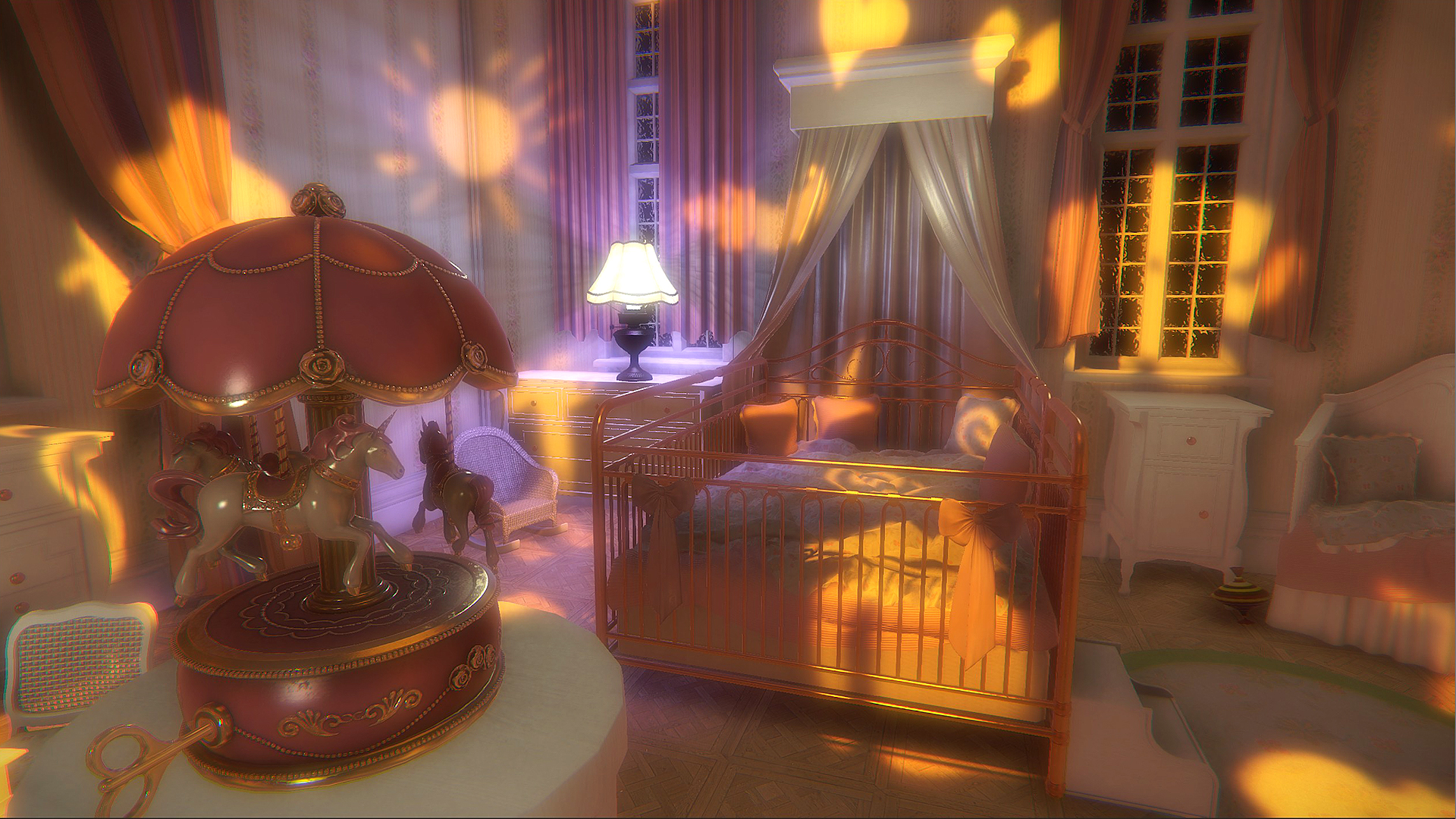 The setting of some nefarious doings, but of what kind?

All of this sets up a relatively lackluster finale, in light of some rather macabre setups.

I don’t scare easily. In fact, I’ve never actually responded to a jump scare at all… until this game. I know that if I were playing on a laptop (even with earphones) would not likely react with chills, goosebumps, and outright recoiling as I did while playing this game, but I have the advantage of a truly immersive A/V system and a modern build of the game without stutter or technical glitches.

The game is beautiful. The physics in the world are truly something to behold, and you can find yourself questioning your senses and what you think you know (knew?) just moments before.

Even though none of the puzzles were hard (only frustrating as you try to get the cursor just right to pick up or activate something), and the narrative was disconnected from the events that transpire, the game itself embodies the notion that “the journey is more valuable than the destination.”

In this case, it’s quite true, and definitely literal. The greatest part about this game was the intensity that you take with each lumbering, limping step, the questioning moment of whether you actually saw what you think you saw, and the brilliant way the studio messed with expectations of how you are supposed to interact with your environment. All the while, they’re showing glorious art and design that takes the Winchester Mystery House to its logical conclusion.

For the price (I picked it up on sale for about $4), it is well worth the time to experience.