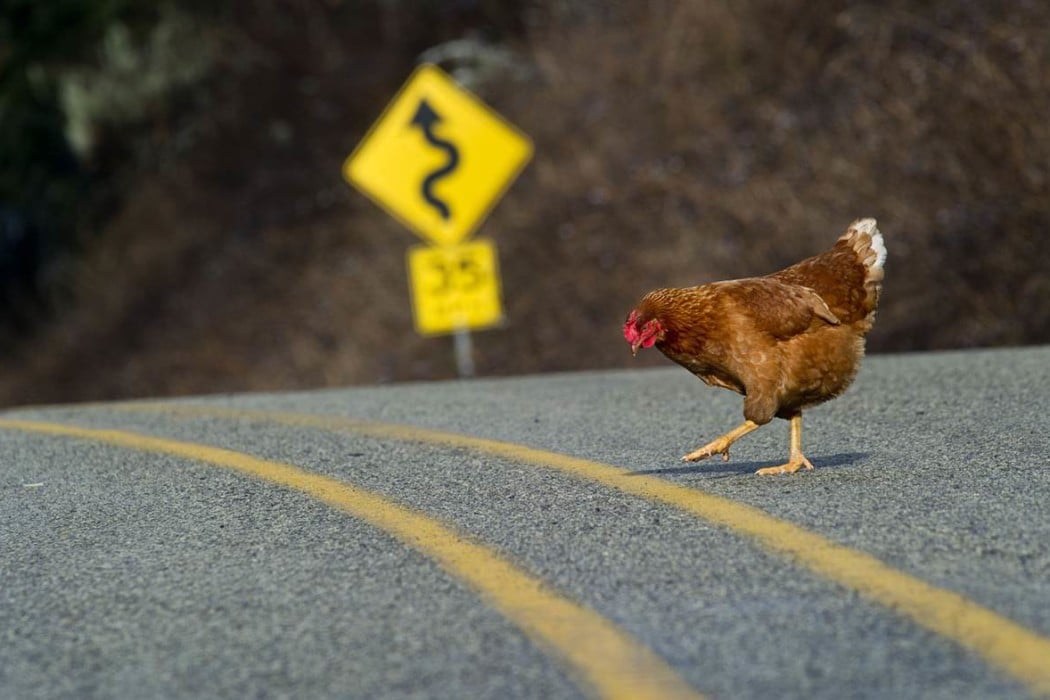 It’s not often that I get one of those moments where my jaw drops from finding out something so obvious that it seems like I must be the only person in the world who didn’t get it. This is what happened when someone revealed to me an insight to one of the world’s oldest Dad Jokes:

Why did the chicken cross the road?

We all know the answer to this question, of course.

To get to the other side. 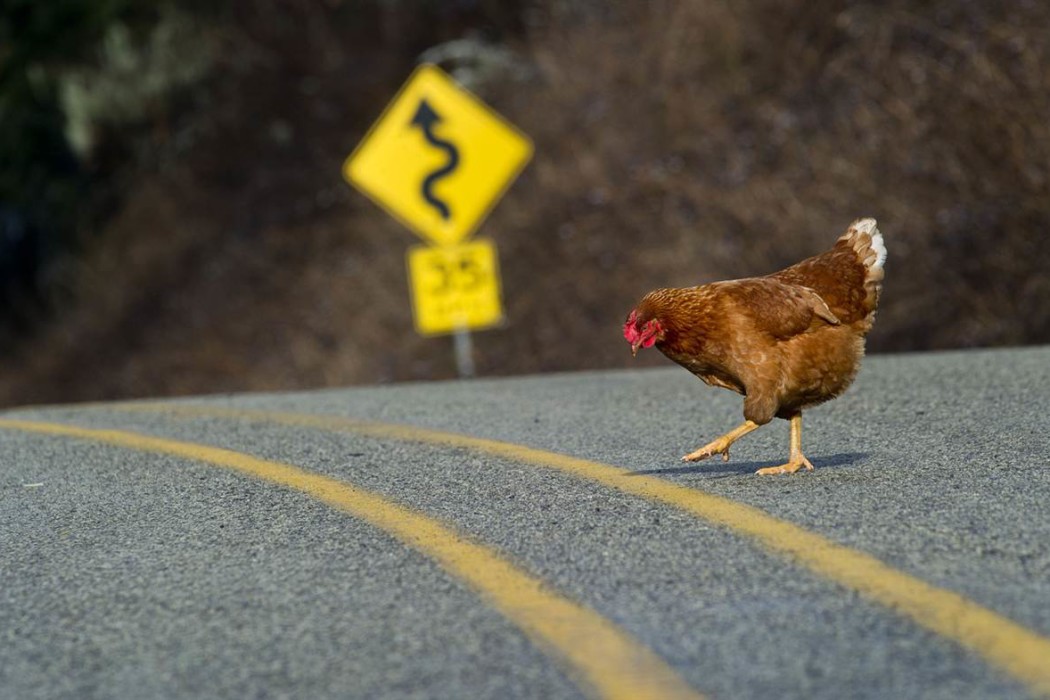 It’s one of those things that’s so obvious, a “Ha-ha, yeah, that’s why everyone crosses a road. You need to get to the other side.” A bit of absurdist humor, a “Who’s buried in Grant’s Tomb?”-like question.

Except, it’s not. It’s a far, far darker and more insidious joke.

Why would a chicken, small and delicate, purposefully wander across a dangerous street? Wouldn’t she know that it means certain, gruesome death?

Yes, yes she does.

When you start to put the pieces together of this puzzle, the punchline has completely new meaning.

So, maybe its so obvious that everyone else in the world got this intuitively and I’m the only one who didn’t get the joke, but from the reactions of people I’ve shared this little bit of epiphany with, it doesn’t appear that way.