Starting next Monday I’ll be attending the 2017 Flash Memory Summit. I’ve been getting a lot of questions as to whether I’ll be there, what I’ll be presenting, and the things that look interesting, so I thought I’d sum things up in a preview so that I can answer with a simple web link. 🙂

I don’t think it’s an exaggeration to say that the Flash Memory Summit has become the premiere vendor-neutral venue for solid state storage technology, both in terms of memory and capacity form factors, volatile and non-volatile, and storage networking.

For the past 12 years, FMS has been known to be the place where many storage announcements have been made, new hardware and software initiatives discussed, and, of course, predictions about the future abound about as much as New Year’s Eve. For instance, FMS was where Samsung announced it’s 64-layer V-NAND, Seagate announced their 60 TB SSDs, and Microsemi announced their second-generation NVMe Controllers, among others. 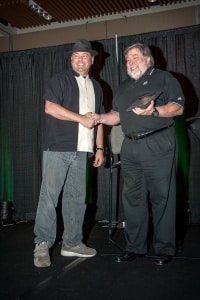 FMS was originally highly technical, but in the past several years the scope has broadened to include tracks for managers, Product Marketing, Executives, and even buyers – all while never losing focus of the technical roots. It’s quite an achievement, actually.

Last year there were over 6200 attendees (a 20% increase over 2015), and this year it looks like there may be even more. With over 150 exhibitors, there is no shortage of new and exciting things to learn about without ever stepping into a breakout session. However, while pre-registering for the expo is free ($50 on-site), I would highly recommend that you seriously consider the full pass in order to get the breakouts.

(There is also a crazy Dr. Sheldon-Cooper-esque device that will allow you to “attend” remotely if you can’t make it in person. I personally find these things annoying and creepy, but I’ll add it here for the sake of completeness – you’re on your own figuring out how that process works.)

There is no shortage of information that you can get on most any topic to deal with the latest and important subjects. From self-driving cars to NVM Express, from Architectures to Applications, from Testing to storage Types, the agenda will make you go through internal conniption fits trying to figure out how to prioritize your schedule.

If you’ve never been to FMS before,

I will be presenting, appearing, and moderating different panels during the week. Here are the days and times of when I’ll be up on stage:

A follow-up on last year’s CTO panel where we discuss and pontificate the future of storage technology and claim that we were right last year all along. 🙂

Shared storage is essential for large-scale applications to provide fast access to huge amounts of storage in a cost-effective, scalable way. Fortunately, NVMe can take full advantage of the unique properties of pipeline-rich, random access, memory-based storage arrays. The FCIA panel offers unique insight into how to create powerful flash storage networks, including: – A reference design that shows a simple way to add FC-NVMe to your current infrastructure – A use case focused on how FC-NVMe can help you share an all flash array to speed up an entire range of applications – A description of how to extend Fibre Channel prioritization to provide prioritization for virtualized environments – A discussion of how to take advantage of Fibre Channel Forward Error Correction (FEC) and end-to-end support from purchase through deployment

In addition, you will likely find me haunting the NVM Express track, notably these sessions (assuming no time conflicts):

Additional Seminars I wish I could go to but have a conflict:

There are, of course, too many sessions to attend, and I’m playing most of my week by ear while still trying to keep prepared for my own responsibilities.

By the way, the official Twitter hashtag for Flash Memory Summit this year is: #FlashMem.

In any case, if you’re going to be at Flash Memory Summit and you see the ubiquitous hat, do say hello! 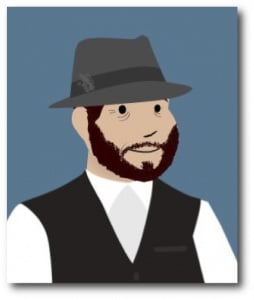