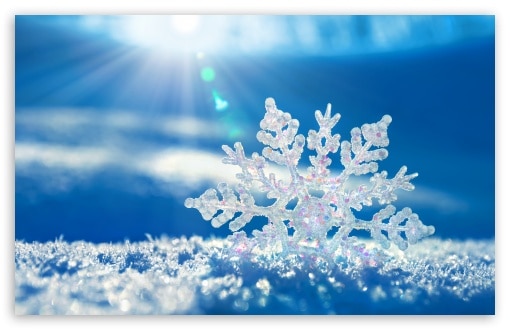 Well, for one, because we’re referred to as snowflakes. I get it. I’m a millennial, born smack in the middle of that generation in the late 1980s. You’ve read articles that tell you we’re an entitled, lazy, selfie-centered generation in almost every publication, blog, and journal. I think every single major (and minor) publication has carried some condemnation of millennials, regardless of political leanings. Even business journals tell you how to placate us at work with fancy organic bagged snacks.

In the interest of appealing to reason, and reaching across a generational divide that only seems to be getting worse, I promise to acknowledge some of the truths in stereotypes, as well as refute others. I actually think there is a fairly explainable reason for all this, and I think it’s all fixable.

Here’s a brief background on this anonymous millennial. I grew up in surburbia- comfortable home, divorced but happily remarried parents. I was loved, supported, encouraged, but I had chores I had to complete each week. Extra beyond the basics earned allowance, which I promptly spent on books. I played sports, two instruments, and graduated 3rd in my high school class. I went to a prominent engineering school in the southeastern United States. I finished my BS, then went to work while pursuing my MS. I eventually got my doctorate and landed myself a Silicon Valley internship that led to a relocation to the Bay Area full-time after defending my thesis.

Why should you care? Because I spent time around millennials, and I have taught them as a graduate instructor (the classic low-wage tradeoff that allowed me to get a PhD without paying 100% of the tuition. I still had to pay 15% and all fees, though. Nice.) I saw amazing things happen at my college. I saw bright, ambitious people that even our university tech support turned to when our registration system went down one semester. (True story. IT sent out a campus-wide email about it, calling for CS students. It was fixed within the hour.) I saw a library more packed than our football stadium, students slogging through brutal problems and assignments, working together to design airplanes, better manufacturing processes, prove theorems, synthesize chemicals. Every single person I know from my university had at least one job offer when he/she graduated.

That’s the good. Even beyond the experience of my university, even in the protest marches, I still see passion. OK, sometimes the passion is misguided, but let’s try to see that these people care, and are doing what they think will make the world better. I think we’re all on the same side on that one; we just disagree about how to get there. If we have somewhere in common, we can start to understand each other.

So why do you see so much anger, protests, “safe spaces”, and all those other things that have come to characterize my generation?

For those of us born old enough to remember the massive 2007/2008 crash, I think the root is actual terror. I lived in a well-to-do neighborhood, and during that crash, I saw almost half of it get foreclosed on. I saw all the people I thought were wealthy with their nice cars and big houses and boats have to move out of their house because they spent more than they could afford. Construction was a safe industry where I was from, except when it wasn’t anymore. People lost their retirements, lost their jobs, lost their homes.

We saw companies abandon any pretense at loyalty to employees (that thing our grandparents could count on). No more long term incentives. No more bonuses. No more pensions. We saw people we knew suffer, and somehow everyone at the top, businessmen and politicians alike, came out unscathed. To enter, be in college, or just leave college around then was sobering and terrifying.

We were told our entire lives by parents, teachers, coaches, principals, mentors, and anyone with gray hair that if we just went to college and got a degree, everything would be ok. Everyone was shoved on the college prep path. No trades – that was for the dumb rednecks. I even thought that for a while in high school, and I am ashamed of that when I look back. Have fun in college, get that degree, and everything will be ok. You’ll get security, get married, buy a house, and all that jazz. Except that didn’t happen. Not even close.

So we moved back home. We didn’t have much of a choice. Buying a house? You’ve got to be kidding me. I am well-paid in Silicon Valley, and I laugh in the face of the middle-aged crowd when they tell me to buy a house, like coming up with a $200K down payment is as easy as hunting for coins in my couch cushions.

Then the demonization started. We found the same generations that told us we would change the world and had unique gifts to offer the world turned on us and started calling us names for somehow failing at the formula that had worked for them. We should have known, dammit! We should have known not to listen to those crazy liberal professors (and which generation do these professors belong to again?), not to take out loans, not to get that degree in a field we loved.

We tried working, taking jobs we were “over qualified” for. Except that we saw only the C suite get richer. We saw that graduate instructors had workloads higher than most professors, but were paid 1/3 as much. (A chemistry grad student I knew committed suicide over the stress.) We saw the older generations in businesses and universities yank up the ladder of security and tenure that they gave themselves.

Executives cut people so they can say they “saved money” this quarter, but they still get fat bonuses. In fact, apparently some people are so privileged they can sexually harass junior employees and still leave with a golden parachute. On the academic side, there is no tenure. There are no academic jobs anymore. So those of us with a PhD that dreamed of becoming a professor and changing the world with research and teaching gave that up.

What I see is a generation or two that climbed a ladder that always worked. They broke that ladder by putting too much weight on it, but they made it to the top for the most part. My generation is free-soloing the cliff face, listening to those at the top yell at us for going to slowly or slipping and falling. That would make any rational person start to get angry.

When people feel hopeless or out of control, they start to get emotional and lash out, seeking something they can control. You see this all the time. It fuels addiction and eating disorders. When my parents divorced, I was seven. I stopped eating. Not exactly rational, but I sought control anywhere I could. Eventually, as things settled and my parents remarried happily, I came back around. I eat just fine now, though I slip into that bad habit of not eating when I feel out of control again.

Scale this up to an entire generation, and fuel that feeling of helplessness and fear with ridicule from people who we thought would help, and you see how things can start to spiral downward. Protesting, identity politics, intersectionality, safe spaces…. all effects of a desperate grasping for something we can actually control. Socialism starts to seem appealing when the only “capitalism” you’ve known is the crony kind. Is this right? Absolutely not. (By the way, who do you think is fueling these ideas? Do you think millennials came up with communism all by ourselves?) This is all a symptom.

Reach out, individually. I think you’d be surprised how far empathy and a listening ear will go. Hold the advice and just listen to our fears. It will start off grating and like a lecture on your privilege, but if you ask pertinent questions that are personal:

You might be surprised how much we open up and become grateful. I think we just want to be seen as people caught in a bad situation. We aren’t helping ourselves for sure, but calling us names will only fuel the emotional and irrational anger. If you’re my age, find someone your parents age or older, and listen to their stories. If you’re over 40, find someone born after 1985 and just listen to them. The rantings will burn out after a while, when we see you really do care and want to listen. Let’s all stop bucketing people by qualities they can’t help, particularly by the year they were born.