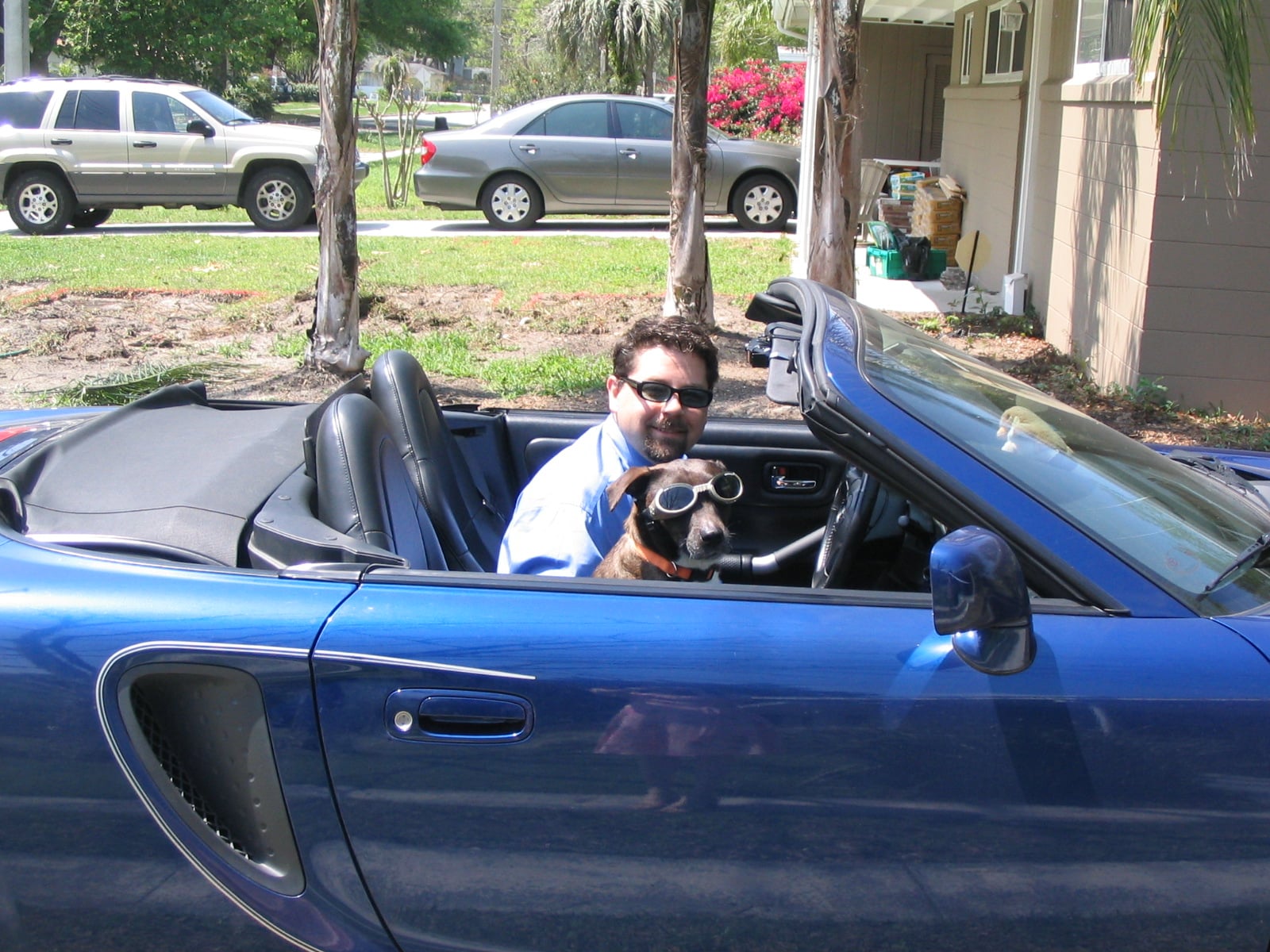 I’m absolutely flabbergasted. I really am. I still cannot believe my good fortune.

Have you ever had one of those moment where you’ve gotten rid of something, only to really regret it? 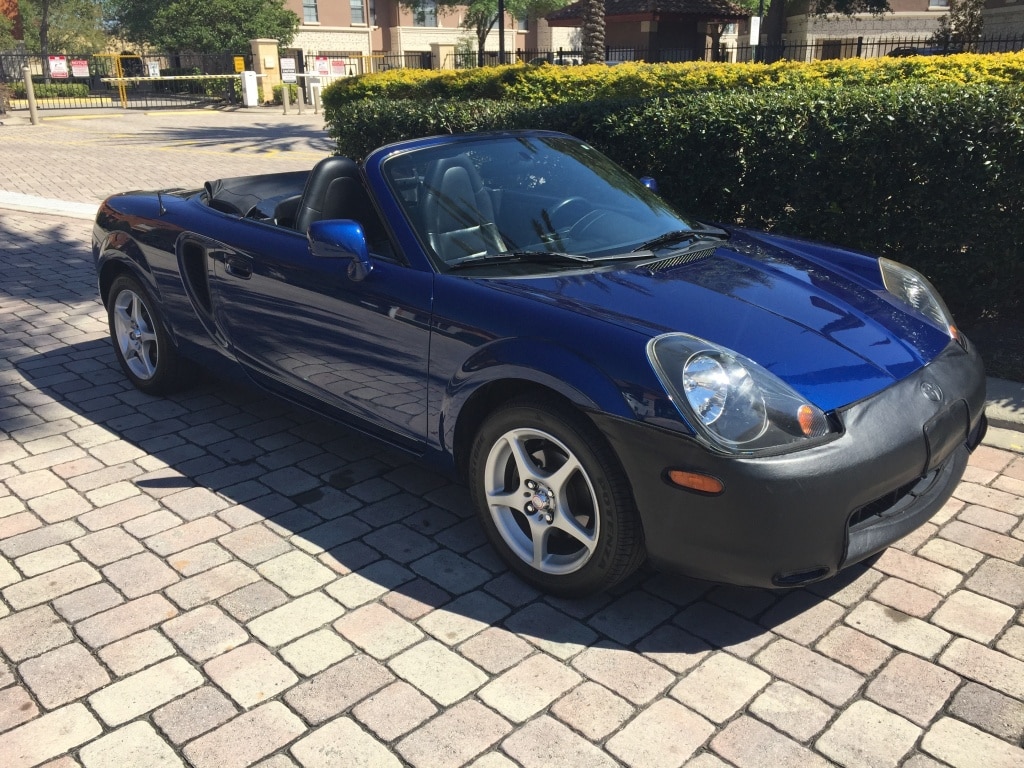 In 2006, I was heading back to the UK to go to work for Apple, and there was simply no way that I was going to be able to take my beloved Jeep and car – a 2000 Toyota MR2 – with me. I didn’t have the money to store either of them, unfortunately, and the trip itself was going to cost a great deal. So, sadly, I was forced to part with both of them.

Since that time, I’ve picked up a couple of other Jeeps to work on (obviously), but the MR2 was the one thing that I’ve held on to as the standard for a “fun car” to drive.

I bought the car in 2003, after test driving a number of similar cars. I test-drove the Porchce Boxster, the Audi TT, the Mazda Miata, the Honda S2000, the BMW Z4, and of course the Toyota MR2. Of all the cars, the one that was the most fun to drive was…. the Boxster.

However, the MR2 was close behind, but the Boxster was more than twice the price. Not even being close to being twice the fun, though, it wasn’t exactly a sacrifice to go with the MR2.

Over the brief (about 2.5 years) time that I had to drive it around, it became not only my daily driver, but the benchmark by which I measured what cars could actually mean. I loved that car.

Then I went to the UK and drove a steady stream of pool cars from the company, and disliked a good majority of them. The best I can say of the one that I settled on was that it was “good.” When I returned to the US, again money was a significant issue, and I had to cope with a Nissan XTerra. Again, a good, solid (that engine is indestructible) method of transport, but by no means “fun.”

Whenever I would talk with my wife about the kinds of cars that were on my list to be considered, everything was compared to that MR2, so much so to the point where she had already prepared herself that we were going to get one at some point.

However, since they stopped making the car in 2005, the best I could hope for was finding a decent one up for sale that wasn’t in too bad of a condition. So, I would periodically look through the ads on Craigslist and eBay and see what I could find, but there was nothing that really reached out and grabbed me.

Then, about a month ago, I got an email from the guy that I sold the MR2 to. It turns out that he had just bought another car, and was selling the car after 12 years. He wanted to thank me for the car – he had had just as much fun with the car as I did.

Here is his “advertisement” for the car:

I went to the eBay listing, and was stunned to see that it looked exactly like it always had. What’s more, he had only driven 10,500 miles in 12 years. If you break it down, it’s less than 75 miles a month.

I determined that I couldn’t possibly give up that car twice. Once was bad enough! So, we came to an arrangement, and I decided to buy the car.

Last Thursday I flew to Orlando to pick up the car, and my friend Jack joined me for the trip back to Texas. In a day and a half, we drove 1200 miles (or a full 10% of the car’s total mileage in the past 12 years!) back home.

The effect was instantaneous. My muscle memory came back in about 3.2 seconds. The car handled just as fantastic as it ever had. It was gorgeous. And it was every bit as fun to drive as it had always been.

David, the buyer/seller, had kept the car in immaculate condition. Not only that, he had been the best possible seller anyone could imagine – he had the car cleaned, inspected, oil gasket and Cold-Air Intake system fixed, latches and clock fixed, new speakers, and a whole bunch of other things that I can’t even remember at the moment. And he did this after the sale. He did not have to do any of these things, but he said that he knew how excited I was and wanted to make sure that I had no issues on the way back to Texas. I didn’t, and I credit him completely. (Thank you, David!)

The car is immaculate. It looks 3 years old, not 18. It is every bit as fun to drive as I remembered (moreso, probably), and when I think about it, it’s almost as if I said to David, “Here, hold onto my car for me. I’ll pay you about $600/yr to store it for me, and you can drive it whenever you like.”

I have no intention of ever selling the car, but I am already looking into how I can improve the appearance and performance a bit. There are a few things that must be changed (the tires are now more than 12 years old, for instance, and tire rubber that old should never be left on a car). But by and large, the car is still getting “wow!” remarks from people, which is always nice. One of the first things I’m looking for are updated headlight assemblies (which are, actually, remarkably hard to find).

Unfortunately, Simon (pictured below) is no longer able to enjoy the sunshine with me in the Mister Two, but I know that he would be just as excited as I am. 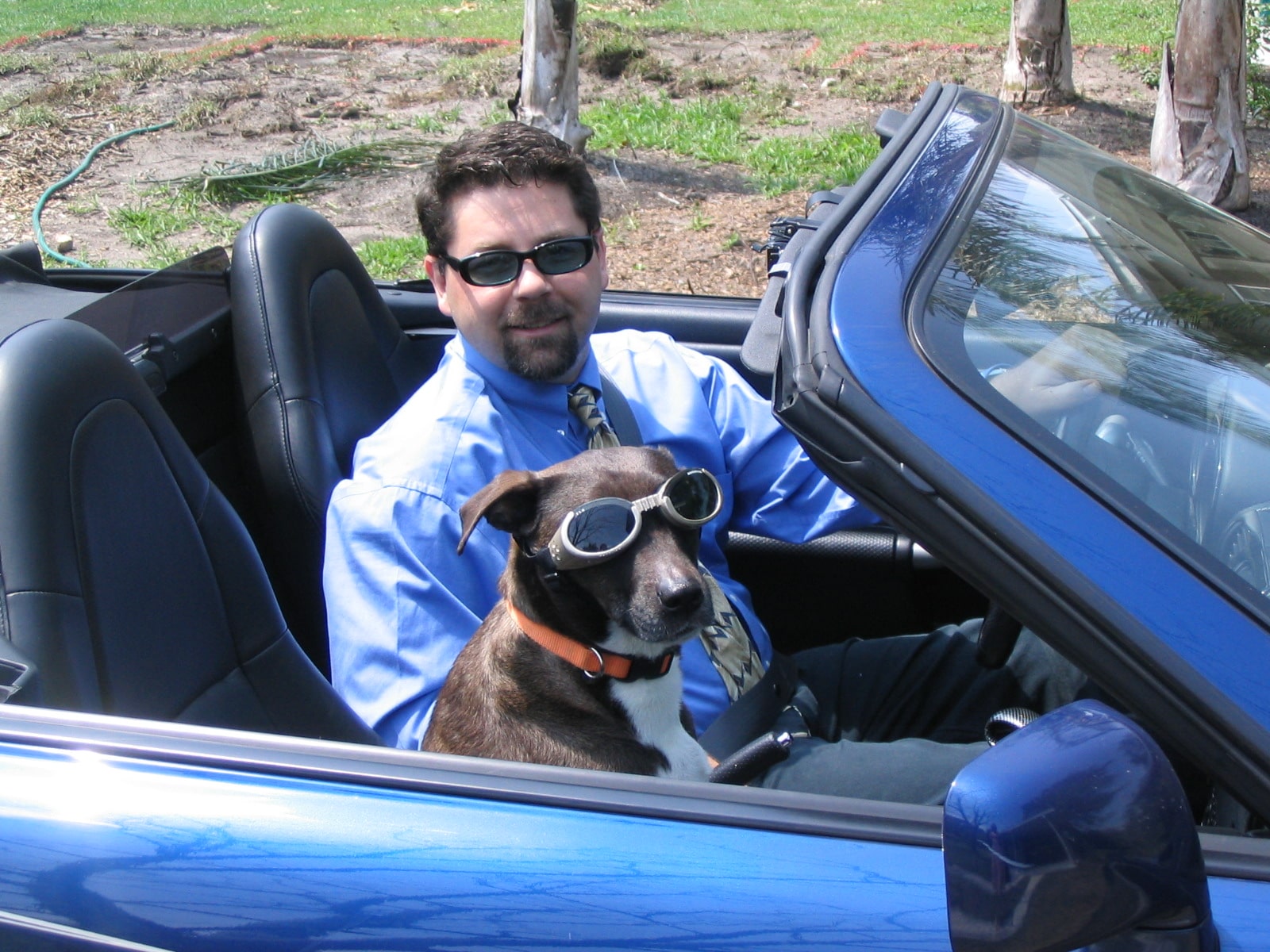 [Update: After making some modifications to the car, this is how it looks as of September, 2019] 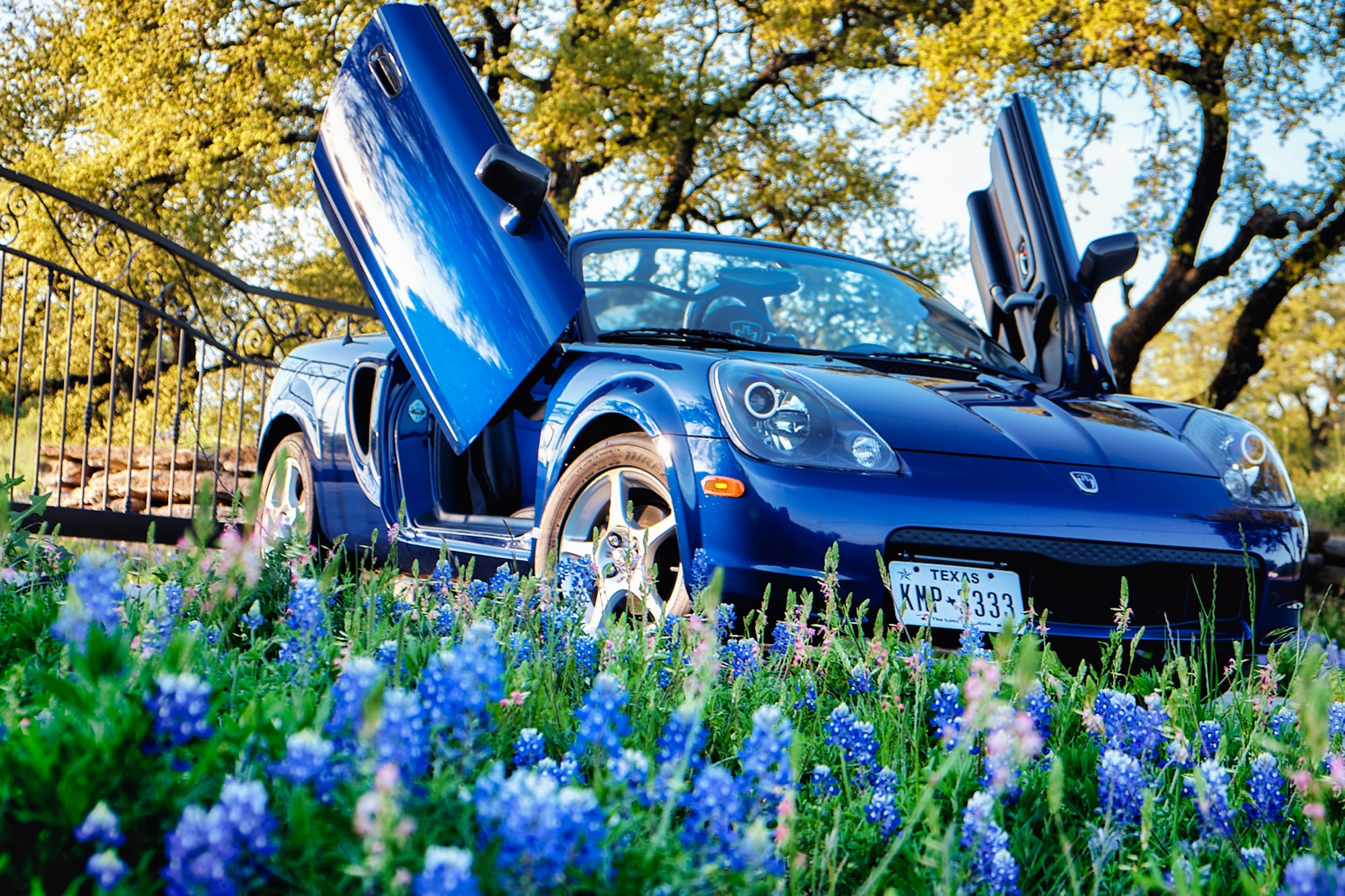