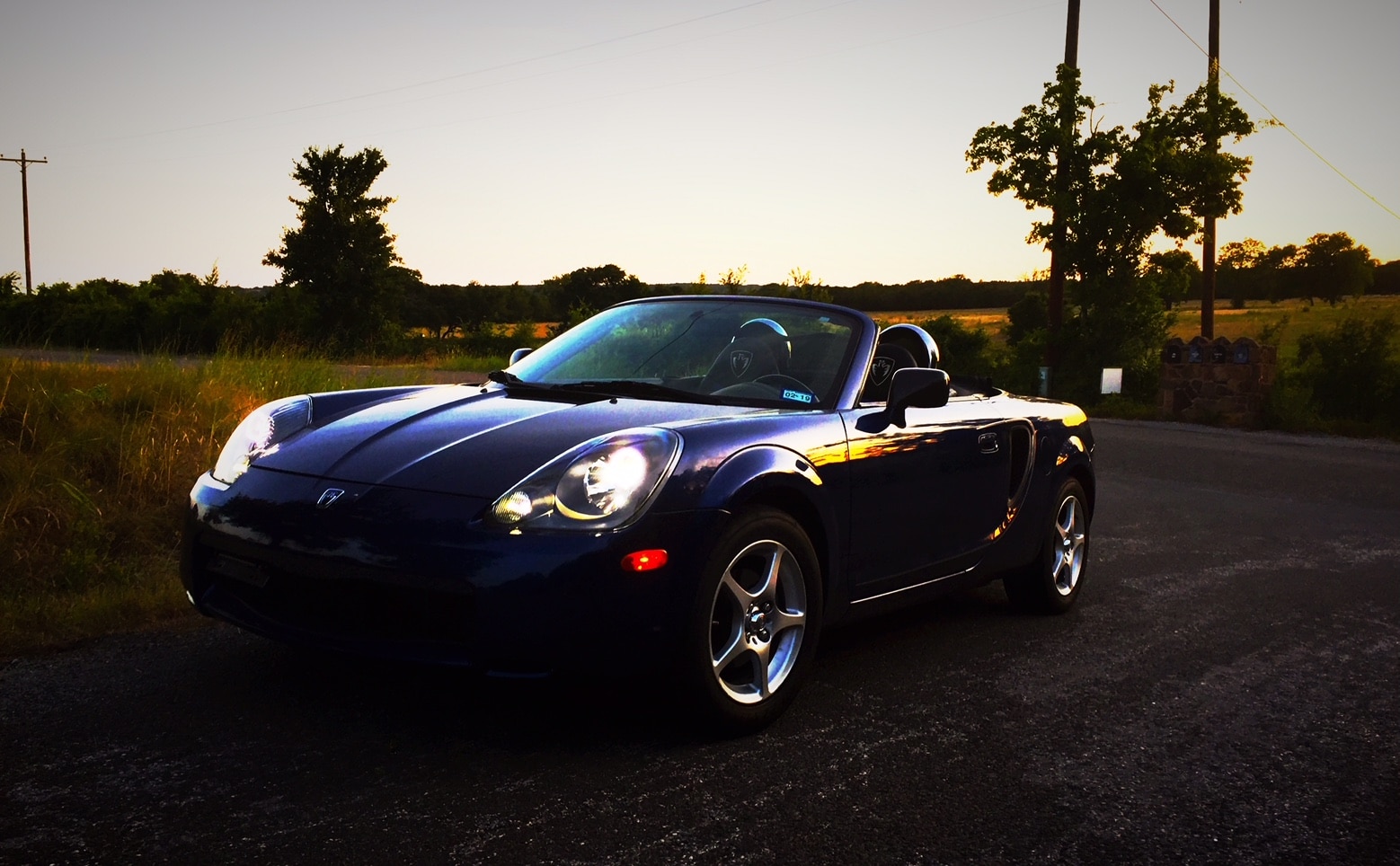 No, I haven’t forgotten about the Jeeps, I swear. I’ve just been really excited about getting the MR2 Spyder back and being able to make some modifications that I’ve always wanted to do. I’ve already installed a new loop/wind deflector, but have made a lot of additional updates and upgrades.

So, consider this mostly a pictorial of before/after pics of the work I’ve been doing.

First and foremost comes the one that should have been a no-brainer. Unfortunately, when replacing the A/C controls I managed to not realize that an adapter that was on one of the knob posts was still on when I added the new one, popping the entire A/C panel apart on the back side of the dashboard.

That was fun to correct. In any case, here are the before and after shots: 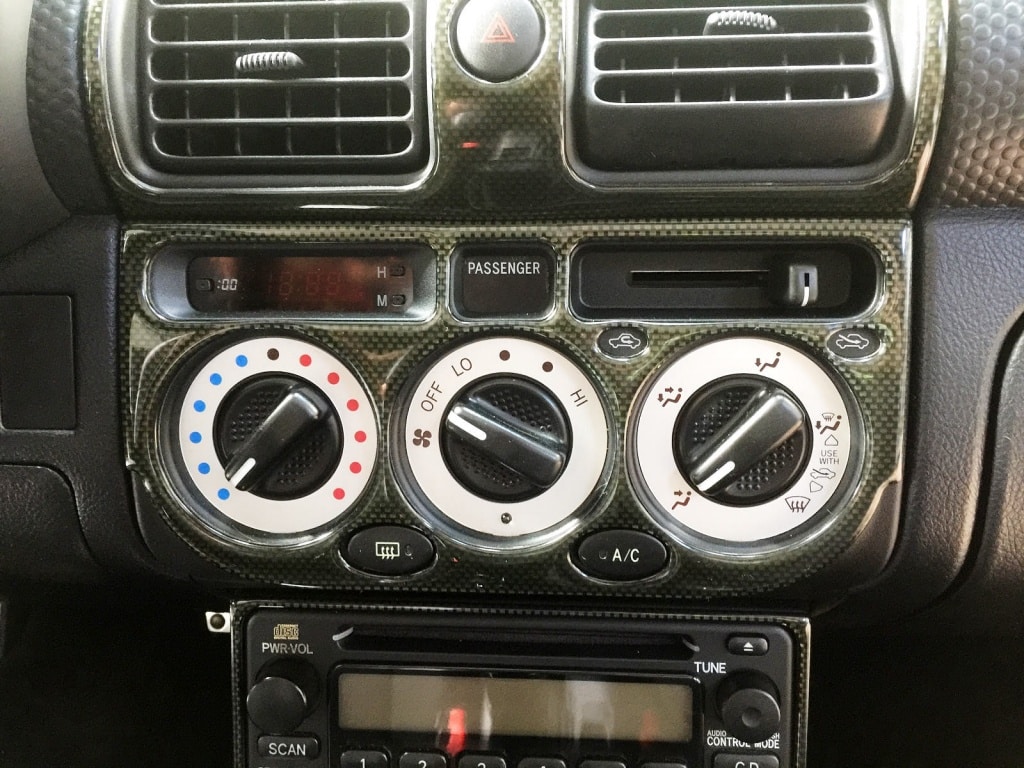 And a more modern look: 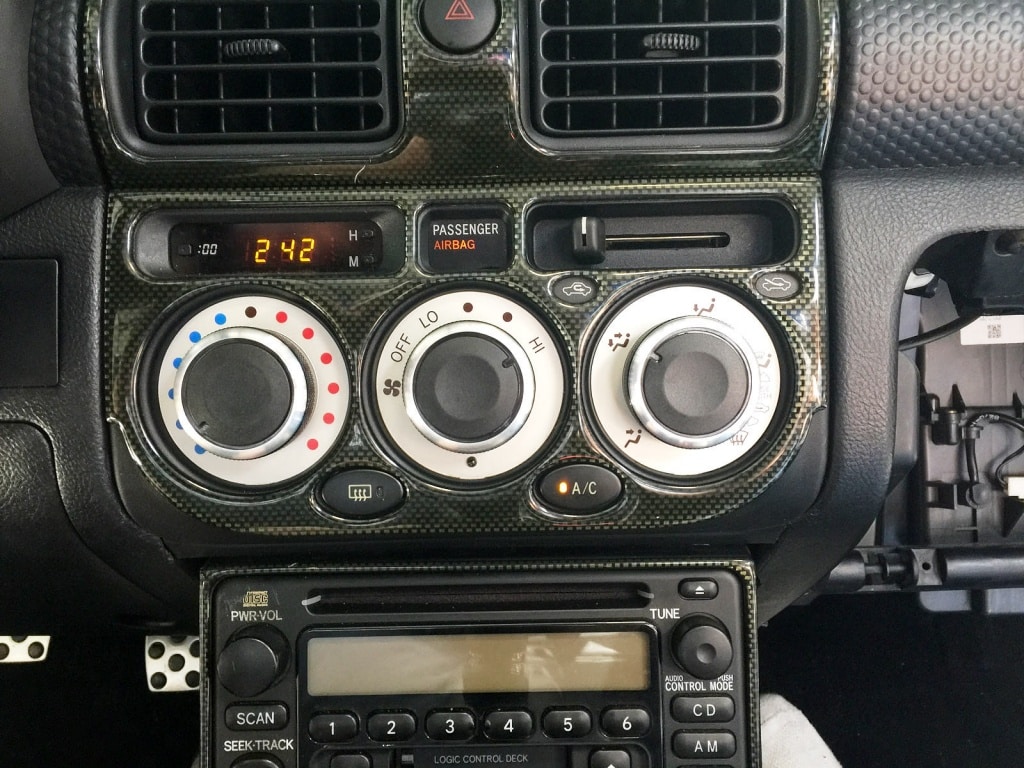 I’ve never liked the original taillights on the MR2. I’ve always felt that they really let down the rear end. 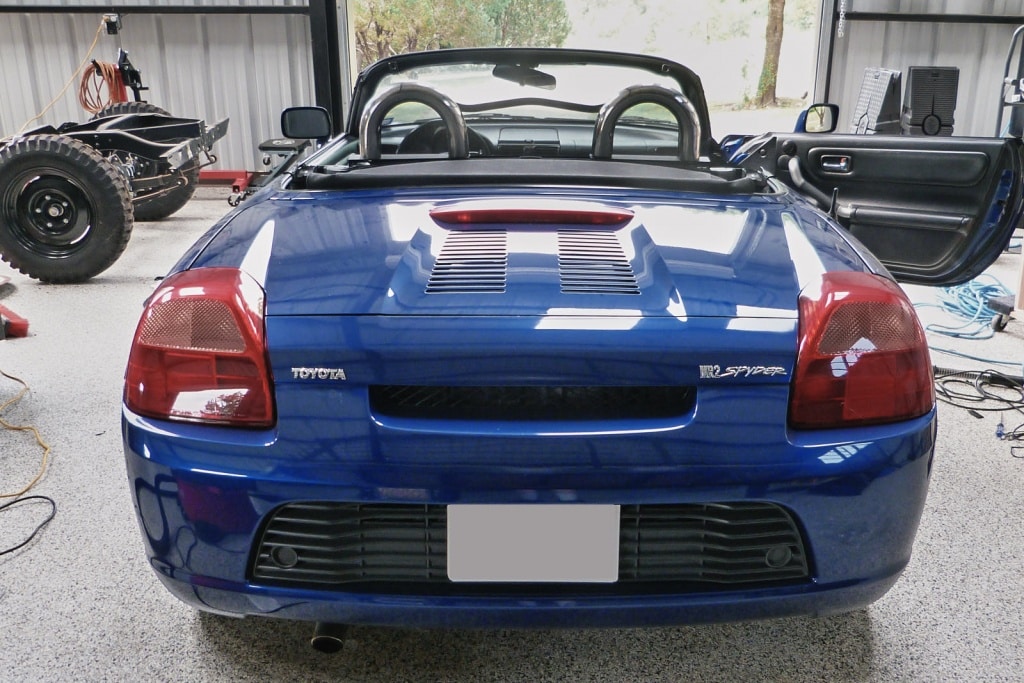 There are a few after-market ones that are available, but they’re all pretty much custom. I managed to find something that I really liked, from Russia of all places. 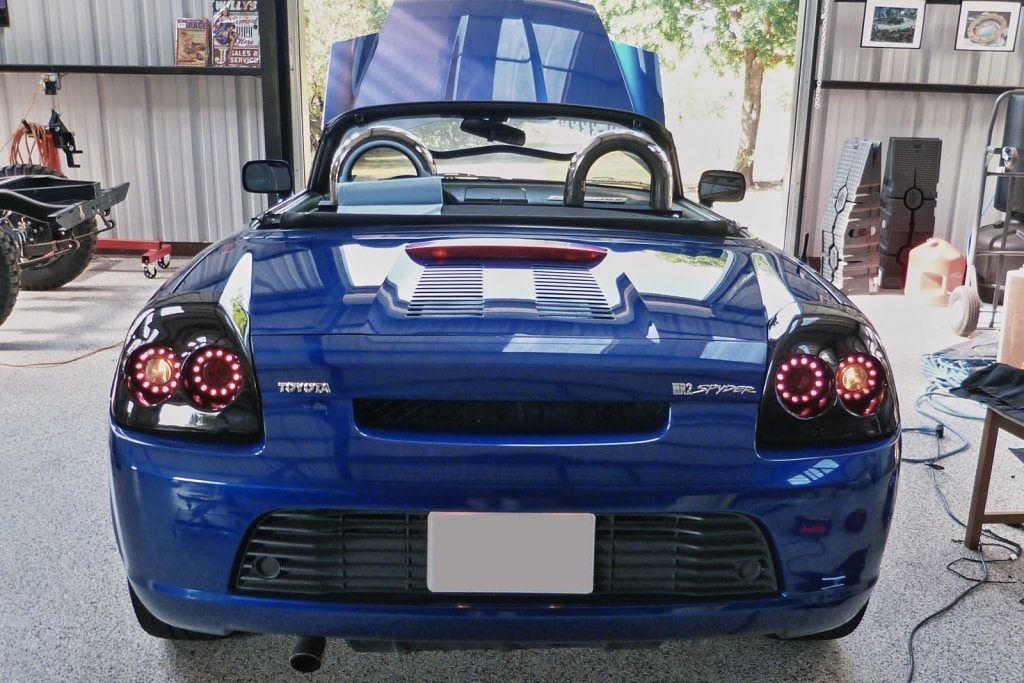 I think that the car’s appearance was immediately and drastically improved. I could have gone with a color-matched set, but given that the car is 18 years old and the likelihood of a perfect match being next-to-nil, I think the black glossy works just as well. Plus, I’m going for a blue-with-black-accents style anyway, so it works for me.

Sadly, this is the best picture I could find of the seats before I re-upholstered them. 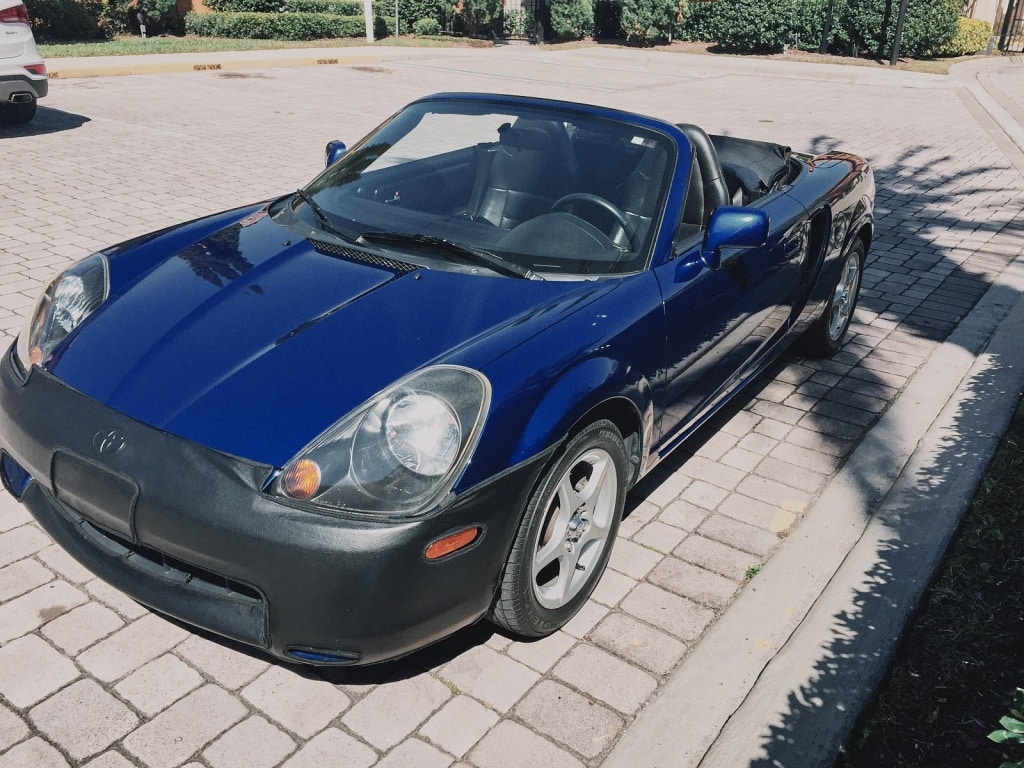 Original seats when picking up the car 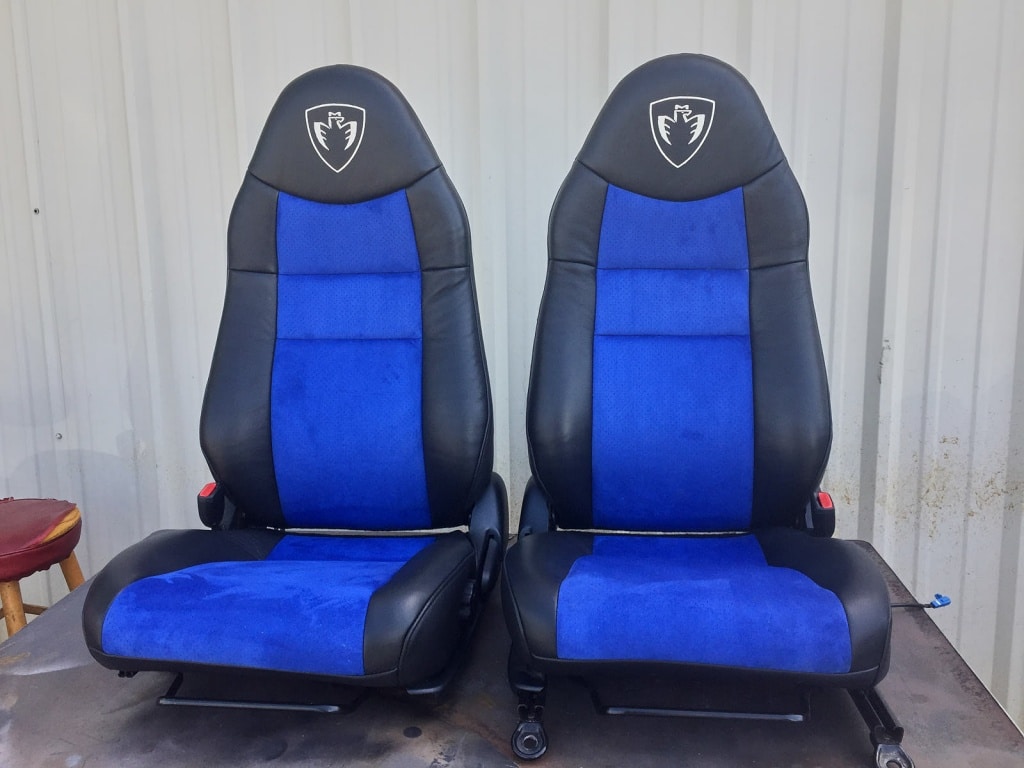 And in the car: 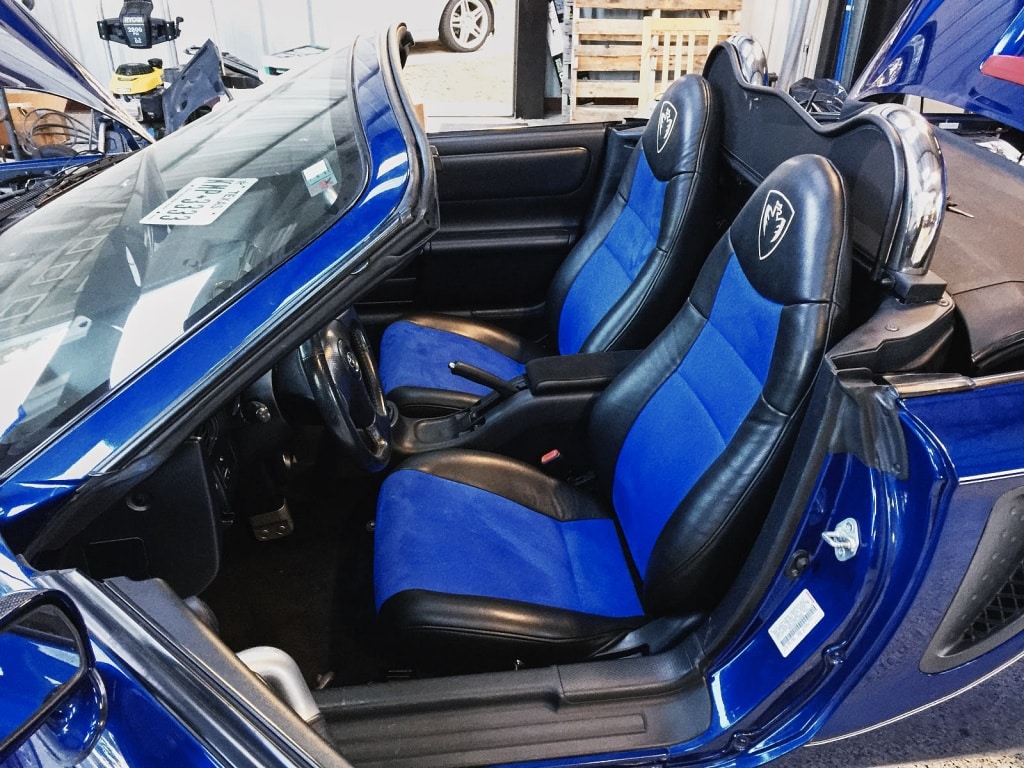 From the other side: 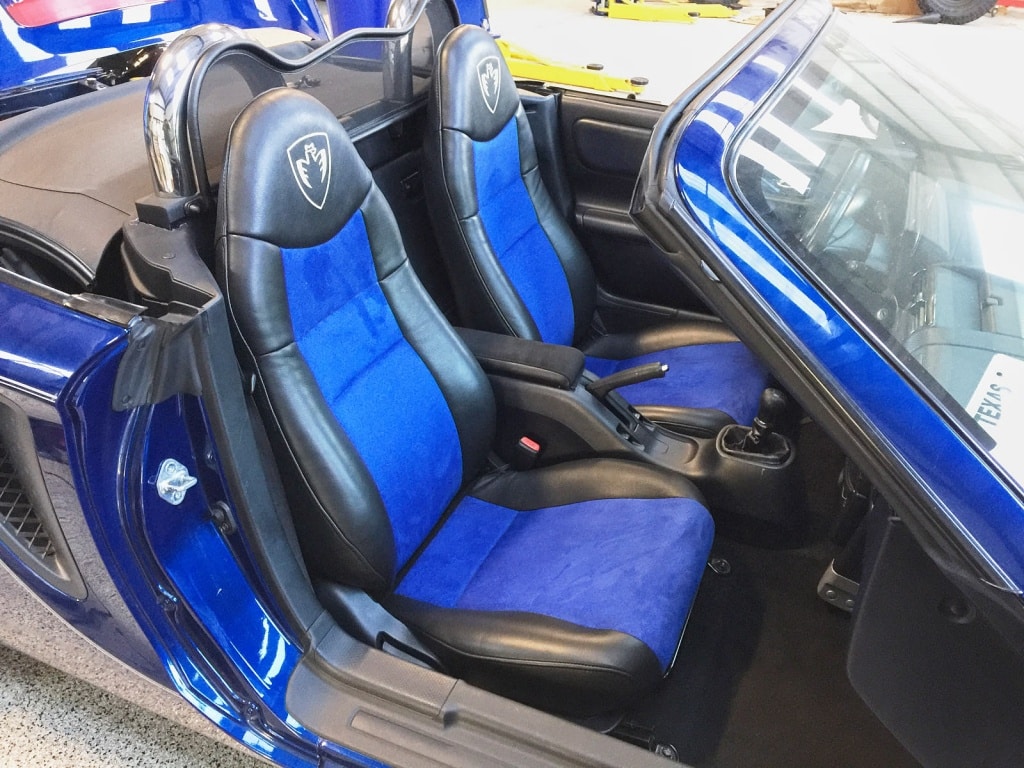 You can even see the newly installed short-shifter and mid-console armrest, which are both also new.

Original lights (in progress of disassembly): 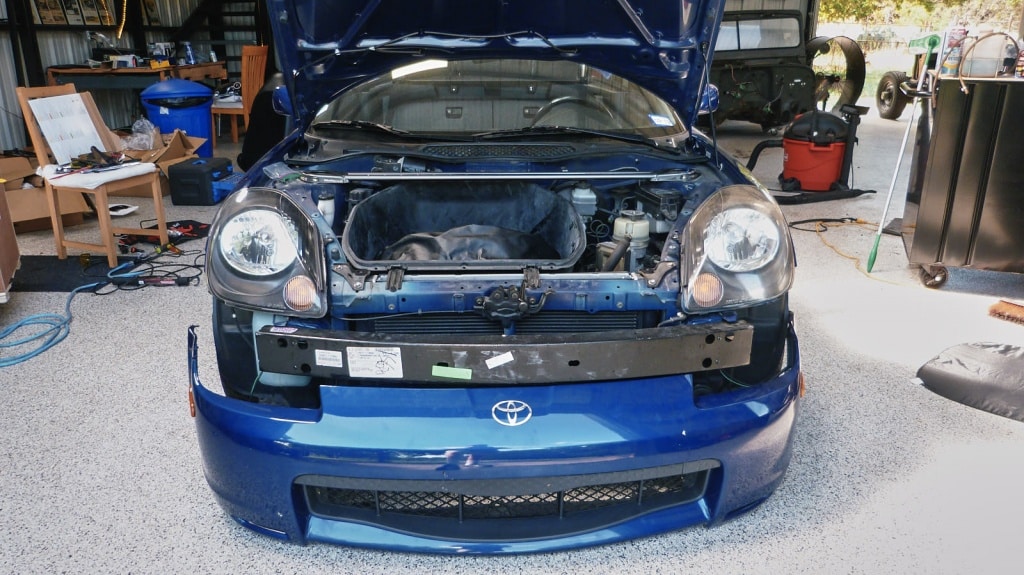 And the new ones: 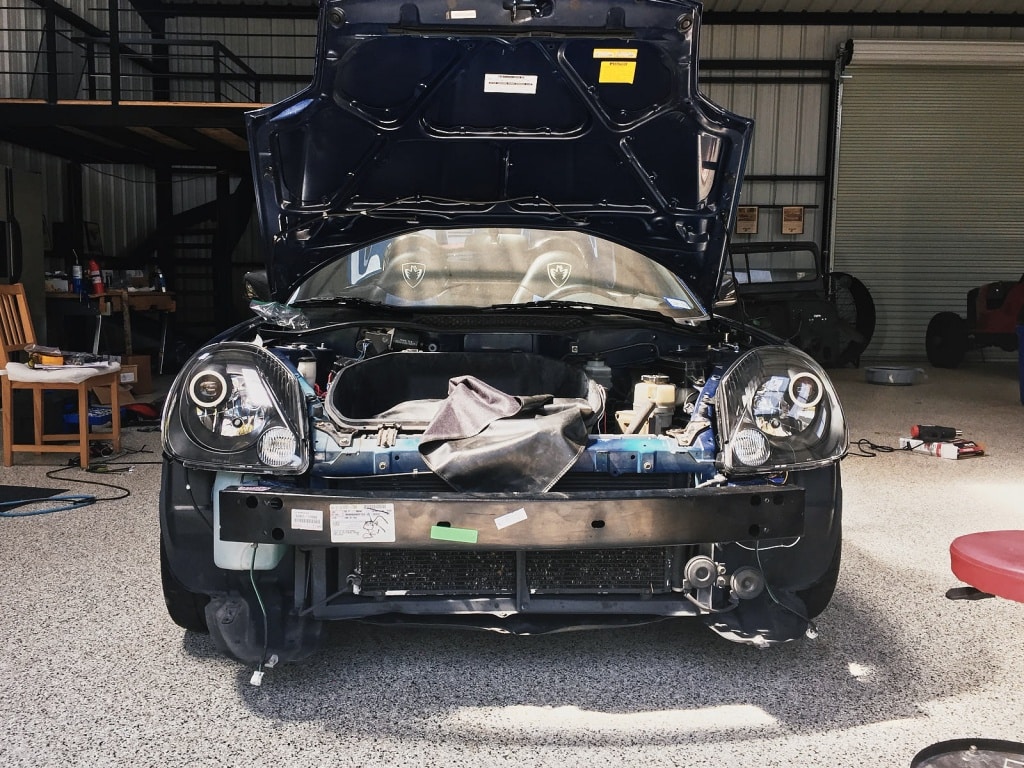 Here they are with Daytime Running Lights (DRLs): 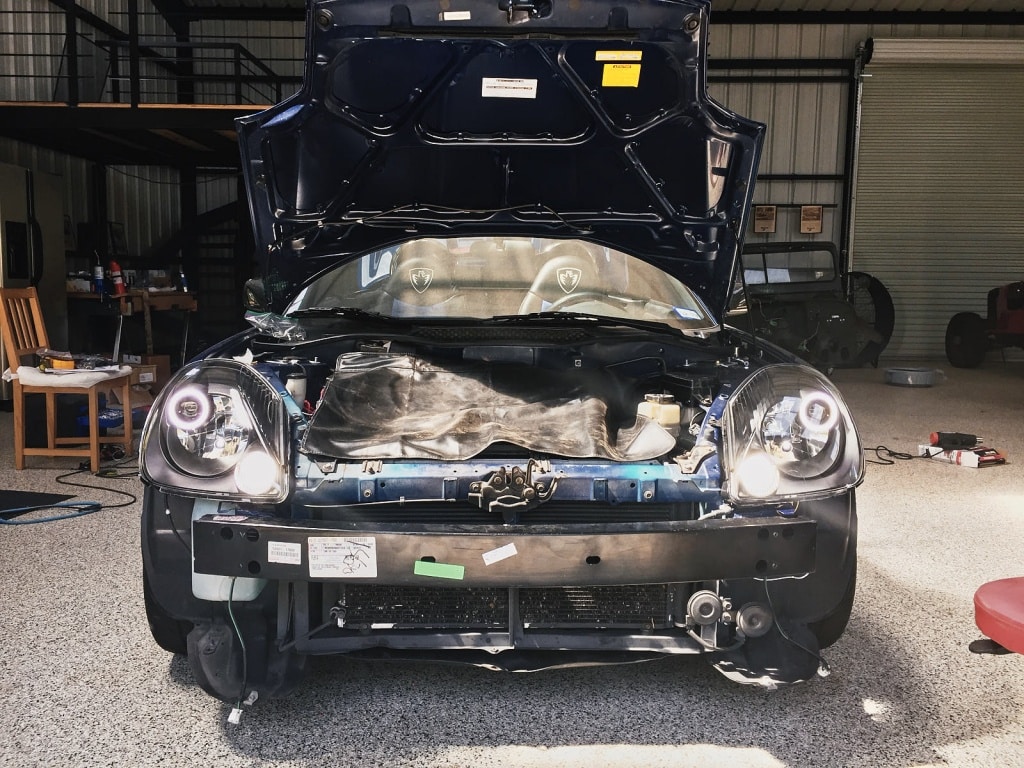 With the main lights on: 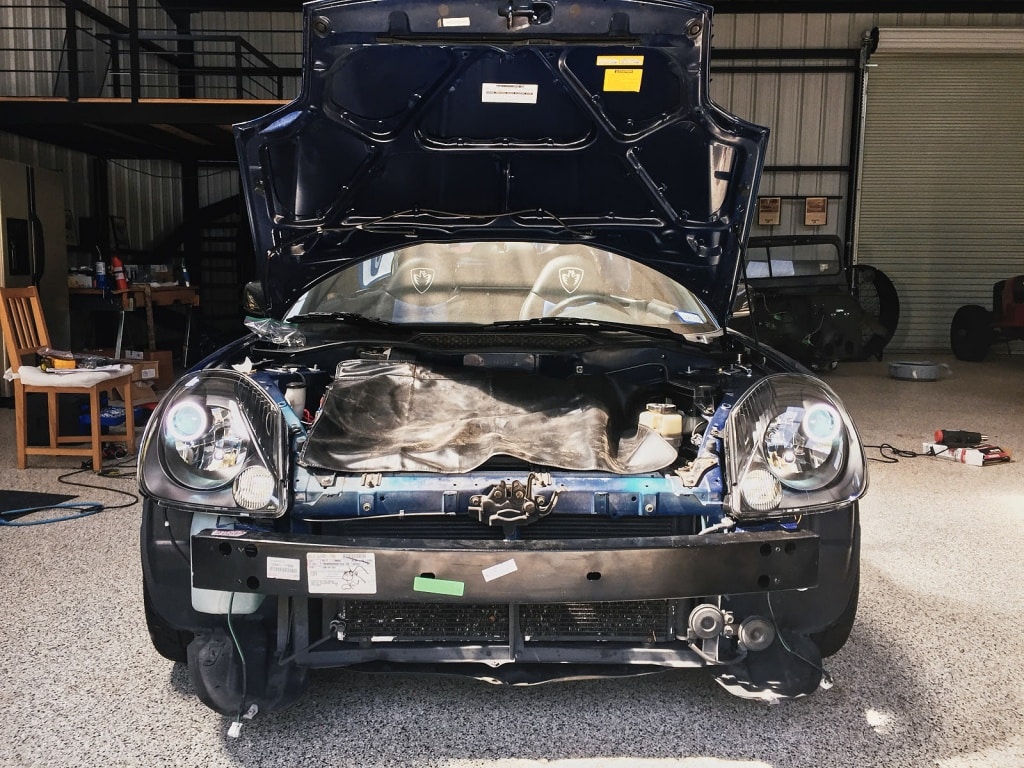 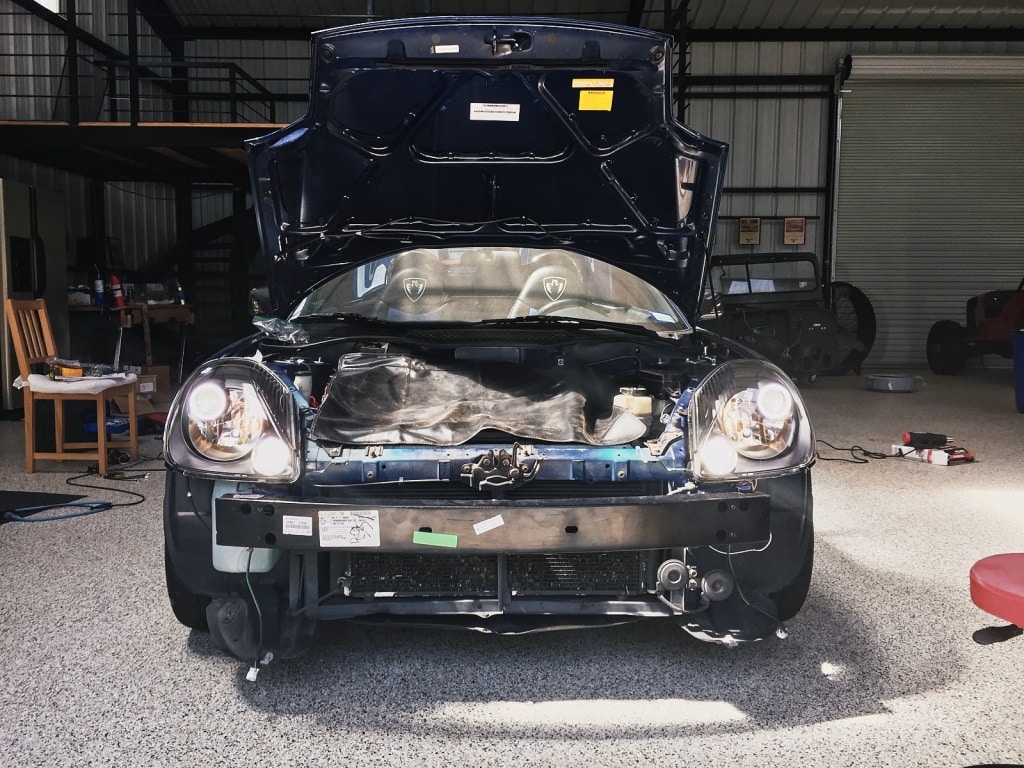 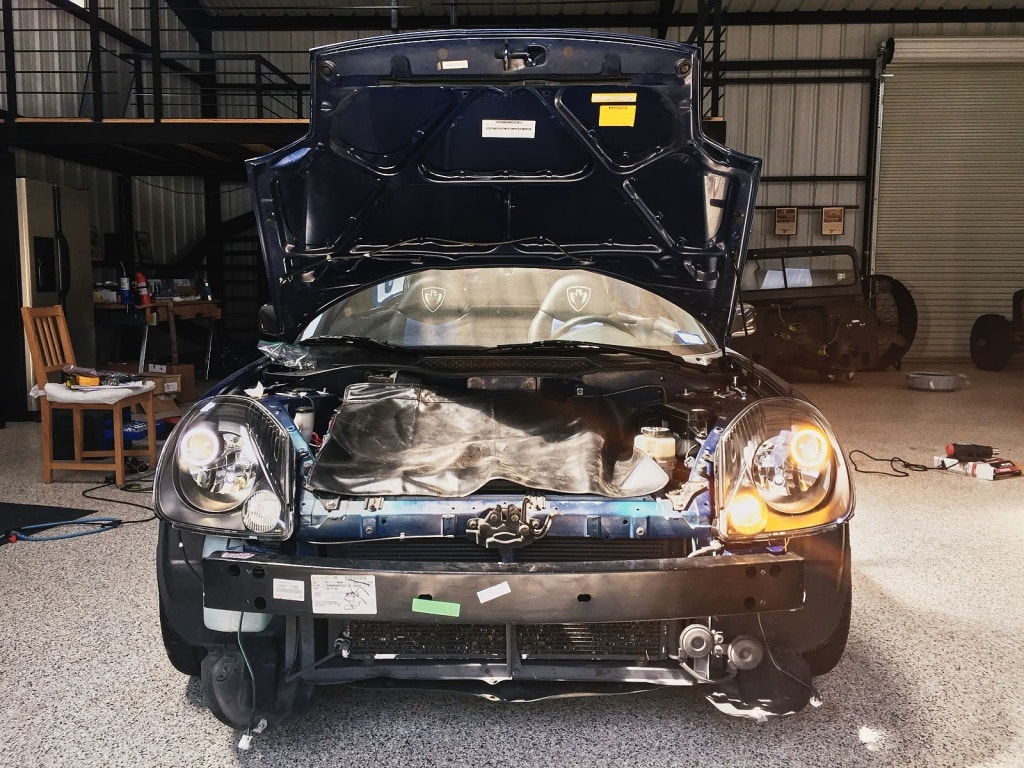 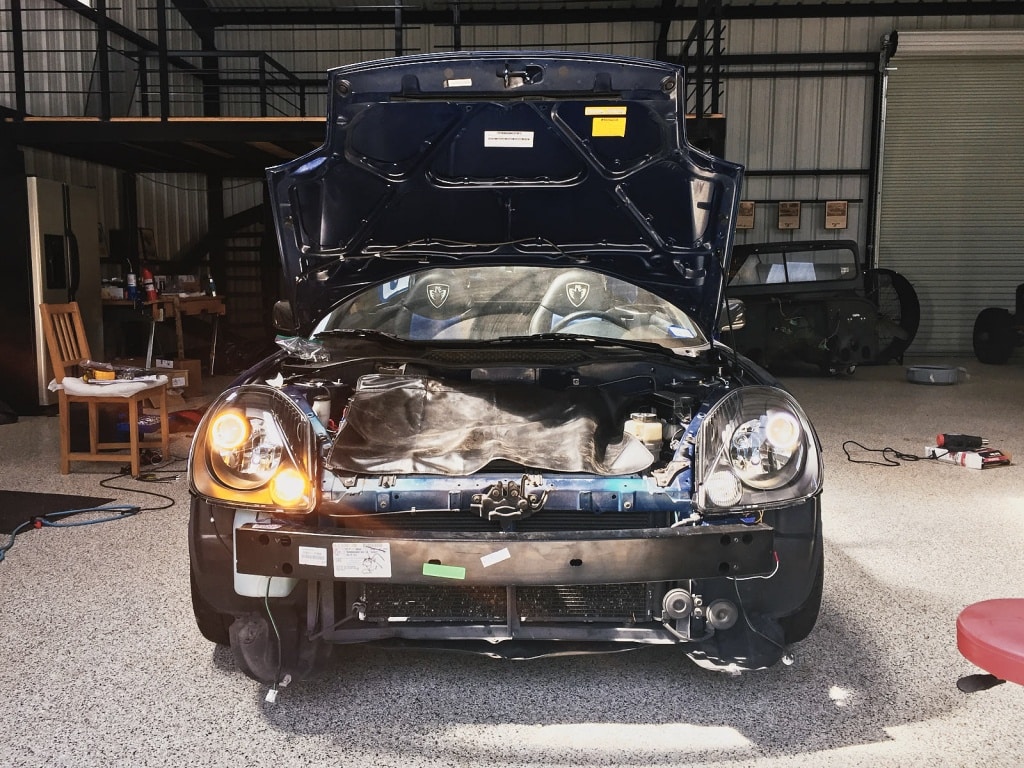 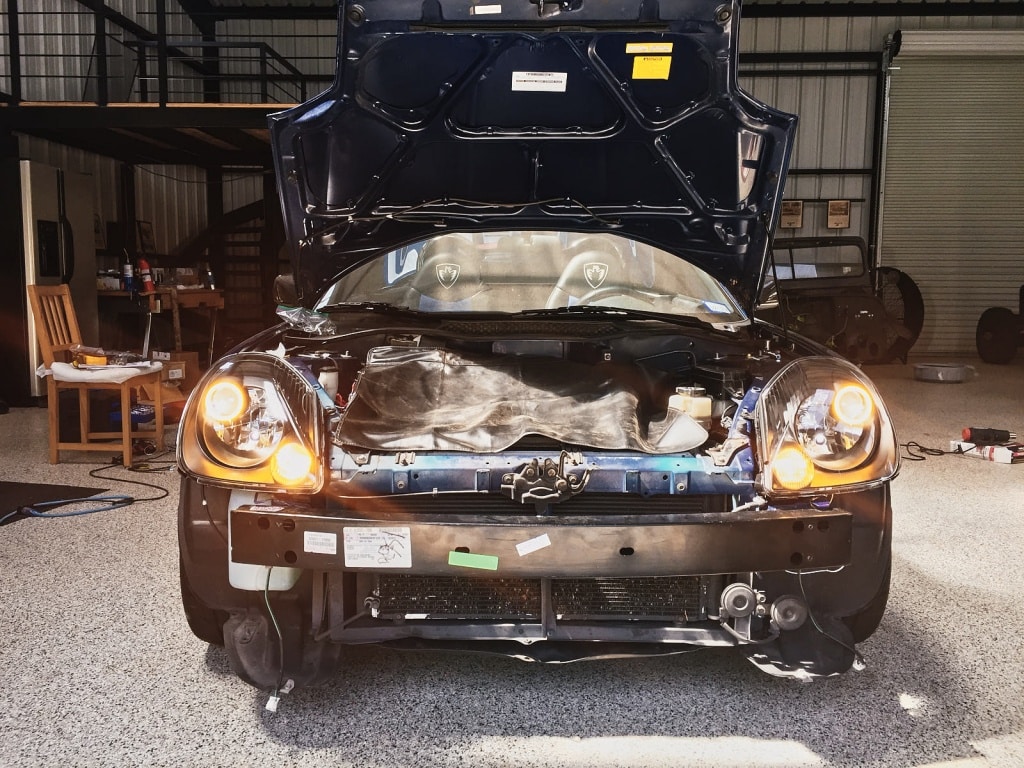 This is the current build-in-progress, but aside from cleaning up the wiring there is nothing left to do before being drivable other than reassemble the front end properly.

So, it’s getting there. I’m very happy with the way things are going, though.