So, NetworkWorld has decided to wander around the Global Warming cesspool with the typical bull-in-a-china shop clickbait manner:

The only thing missing were exclamation marks.

Turns out, there is a lot to dismiss in this “news” article, starting with the tag line:

Fiber cables and data centers could be decimated by global warming-created sea-level rises in less than 15 years, according to researchers at University of Wisconsin-Madison and University of Oregon. 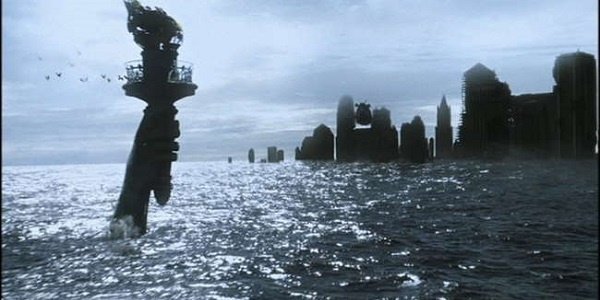 Here is the actual paper: “Lights Out: Climate Change Risk to Infrastructure.”

Note that this paper is done by software computer scientists, not climatologists or hardware engineers. The basis for their conclusion are predictions of global sea-level changes based upon NOAA models that have been (and continue to be) revised due to inaccuracy. The IPCC itself identifies an increase of between 1-2 milimeters per year (p 661):

Woodworth et al. (1999) provided a partial update to Shennan and Woodworth (1992), suggesting that sea level change in the North Sea region has been about 1 mm/yr during the past century. Lambeck et al. (1998) combined coastal tide gauge data from Fennoscandinavia together with lake level records and postglacial rebound models to estimate an average regional rise for the past century of 1.1 ±0.2 mm/yr. Studies of the North American east coast have been particularly concerned with the spatial dependence of trends associated with the Laurentian forebulge. Peltier (1996) concluded a current rate of order 1.9 ± 0.6 mm/yr, larger than the 1.5 mm/yr obtained by Gornitz (1995), who used the geological data approach, and Mitrovica and Davis (1995), who employed Post Glacial Rebound (PGR) modelling. Note that the observations of thermal expansion (Section 11.2.1.1) indicate a higher rate of sea level rise over recent decades in the sub-tropical gyres of the North Atlantic (i.e., off the North American east coast) than the higher latitude sub-polar gyre. Thus the differences between three lower European values compared with the higher North American values may reflect a real regional difference (with spatial variations in regional sea level change being perhaps several tenths of a millimetre per year – see also Section 11.5.2). In China, relative sea level is rising at about 2 mm/yr in the south but less than 0.5 mm/yr in the north (National Bureau of Marine Management, 1992), with an estimated average of the whole coastline of 1.6 mm/yr (Zhen and Wu, 1993) and with attempts to remove the spatially dependent component of vertical land movement yielding an average of 2.0 mm/yr (Shi, 1996). The two longest records from Australia (both in excess of 80 years in length and not included in Douglas, 1997) are from Sydney and Fremantle, on opposite sides of the continent. They show observed rates of relative sea level rise of 0.86 ± 0.12 mm/yr and 1.38 ± 0.18 mm/yr over the periods 1915 to 1998 and 1897 to 1998 (Mitchell et al., 2000), corresponding to approximately 1.26 mm/yr and 1.73 mm/yr after glacial rebound correction using the Peltier ICE-4G/M2 model, or 1.07 mm/yr and 1.55 mm/yr using the corrections of Lambeck and Nakada (1990). [Emphasis added.]

What the numbers say

Generally speaking, the “Lights Out” article seems to cherry pick data by using the NOAA data while ignoring a plethora of climate data that has far more subdued numbers. Sure, 1 to 2 millimeters per year for the past 200 years (actually, 2000 years) is not as sexy as 304 millimeters (1 foot) in only 15 years, but hey – it makes for fantastic articles!

This sentence really stuck in my craw: “And no one is currently thinking about how to address the issue, the researchers say.” Really!?

Having personally worked with cabling manufacturers for many years, the notion that “no one is currently thinking about how to address the issue” is beyond laughable. We’ve been burying cables for nigh on a hundred years, and burying data comm cables for at least 50 years.  At this late date, the problems are well understood. As a large part of this country has a frost line around 12 inches – meaning that we have to deal not only with water intrusion but the effects of ice as well on any buried data cable, anyone who buries a cable without considering water deserves whatever troubles they get.

Computer scientists who normally write about NTP criticizing buried cabling technology is laughable. “Oh good, these Layer 7 guys sure got those Layer 1 guys right where they want them!”

IF – and that is with a capital IF – there is massive sea level rise, it might cause problems for data centers that don’t expect flooding. However, the problems are easily rectified with well-known cost-effective solutions.

One of the most damning pieces of criticism, though, is the fact that these “computer scientists” need to be called out for their complete lack of hardware knowledge and understanding.

Seriously – this is the kind of previous research one of the researchers engages in:

Not exactly a bastion about the physical layer of Internet cabling or Climatology.

Honestly, you can’t just take this “research” with a grain of salt; you need a huge salt lick. 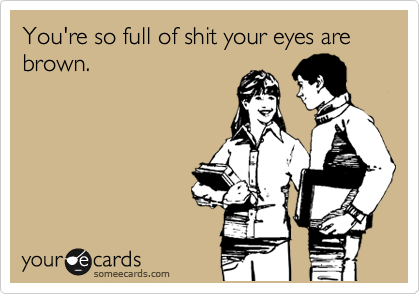