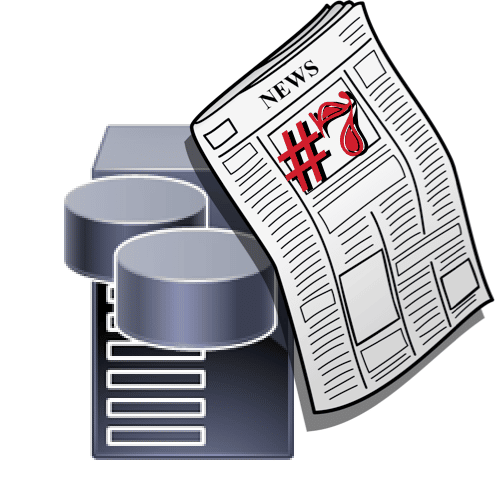 So much for my attempt at a 2-week cadence. After traveling for 3 weeks straight (and an unusually difficult bout of jet lag), I didn’t quite get this out the way I had hoped I would. Oh well.

Let’s get started with the Storage Short Take #7!

A final storage prediction account, this time from Carol Silwa of TechTarget. Includes input by me, so your own mileage will vary. 🙂 By way of comparison, you can check out how well I did for my 2018 predictions, too.

Just as Samsung ramps up production of 96-layer 3D-NAND Flash, Taiwanese chipmaker Macronix announces it can do the same… but cheaper.

Micron has found itself on the receiving end of a class-action lawsuit, as Robbins Arroyo LLP claims collusion and misleading shareholders based on operations in China.

Want to get a quick-and-dirty handle on the new names in storage? NetworkWorld compiled a list of new storage companies that, while it’s a bit older now, is still a good reference.

The SCSI Trade Association announced its 2019 Board of Directors (No, I’m not one of them…).

I presented  NVMe™/TCP with Sagi Grimberg, the lead author of the spec, on January 22, moderated by Tom Reu of Chelsio, in The What NVMe™/TCP Means for Networked Storage webinar.

On February 26th, What’s New in Container Storage brings back Keith Hudgins from Docker and Alex McDonald, the Chair of the SNIA CSTI to discuss the constantly changing container landscape. With new standards emerging every few months, you’ll learn what’s new, what to pay attention to, and how to get involved in the container community. If you don’t know Keith, he was a guest speaker at SNIA’s most popular webinar to date: Intro to Containers, Container Storage Challenges and Docker.

Want to go back to basics? The Great Debates series covered File vs. Block. vs. Object Storage on February 5.

Also on February 5, SNIA NSF held a webinar on Networking Requirements for Hyperconvergence, with yours truly and Christine Mcdonigal of Intel.

Chris Evans has written a short guide to implementing NVMe in the Data Center (he’s English, so I suppose we can use his spelling – Data Centre). According to the description, it appears he’s done a good job of restricting topics to a manageable chunk. I haven’t read it yet, but it looks like it’s really well laid-out. Reminds me that I’m way, way behind on my NVMe Book, that I still have open in another window, calling my name…

And now… a pretty picture.