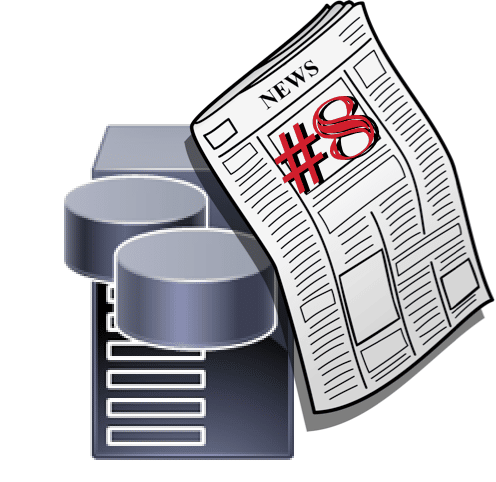 Well, I’m off to Australia to give a couple of presentations at CiscoLive in Australia, so before I do I wanted to make sure that this got “out there.”

Let’s get started with the Storage Short Take #8!

IDC predicts EMEA storage growth to grow from 9.5 Zettabytes to more than 48ZB by 2025. From the summary: “The Europe, the Middle East, and Africa (EMEA) storage is growing slightly slower than the overall Global Datasphere (a 2018-2025 CAGR of 26.1% versus 27.2%, respectively). The EMEA storage will increase from 9.5ZB in 2018 to 48.3ZB in 2025, or from 28.8% to 27.6% of the WW storage, respectively. Nearly one third will be driven by growth of video surveillance, signals from IoT devices, metadata, and entertainment. For example, user-created and user-consumed online video like YouTube is one of the top 5 fastest-growing segments of data creation.” [emphasis added]

Anandtech has released its list of Best SSDs for Q1 2019.

Samsung has stopped producing Blu-Ray players for the US.

According to The Register, Western Digital is preparing for the end of SAS and SATA drives in favor of NVMe

Pure Storage has officially released support of NVMe-oF on their Flash Array. Cody Hosterman has a really good blog about it.

Speaking of Pure Storage, they were recently awarded nine patents:

NetApp released it’s Fiscal 3Q19 Results, and storage was up 2%.

HPE announced 1Q19 results, and storage was up 3%. The Register has its unique take, of course.

Not sure where else to put this, but it looks like Fibre Channel is getting some love.

The SD Association has published a white paper on SD Express Memory Cards with PCIe and NVMe Interfaces.

Speaking of SNIA, the Storage Networking Certification Program (SNCP) exam is no longer available. It has been replaced with the SNIA Certified Information Architect (SCIA). Exams are now available.

A couple of NVM Express blogs that might be interesting:

On the Fibre Channel front, FCIA followed up with its phenomenal FICON101 webinar on February 20th, FICON 201. If you are at all curious about FICON, these are the definitive tutorials to get you started. By the way, I highly recommend that you start with FICON 101. I can guarantee that unless you are a FICON guru already, 201 will be a hard pill to swallow without the first one. [In case you’re curious about whether or not it’s worth the time, it got a 4.9/5 rating.]

On February 26th, What’s New in Container Storage brought back Keith Hudgins from Docker and Alex McDonald, the Chair of the SNIA CSTI to discuss the constantly changing container landscape. With new standards emerging every few months, you’ll learn what’s new, what to pay attention to, and how to get involved in the container community. If you don’t know Keith, he was a guest speaker at SNIA’s most popular webinar to date: Intro to Containers, Container Storage Challenges and Docker.

The first NVM Express, Inc. hosted webcast of the year, NVMe™/TCP: What You Need to Know About the Specification, will take a deep dive into the new NVMe/TCP specification. NVMe Board Member Peter Onufryk and the lead author of the specification Sagi Grimberg, will teach developers how to seamlessly integrate the new specification into their NVMe-oF solutions. The webcast will cover topics such as wire protocol, optional enhancements like inline data integrity and online Transport Layer Security. (You may remember that Sagi and I presented on the What NVMe/TCP means for Networked Storage last month, too.)

Looking ahead, the 5th SNIA Storage Developer Conference in India returns on May 23-24, 2019.

Some field types do not properly sanitize data from non-form sources in Drupal 8.5.x before 8.5.11 and Drupal 8.6.x before 8.6.10. This can lead to arbitrary PHP code execution in some cases. A site is only affected by this if one of the following conditions is met: The site has the Drupal 8 core RESTful Web Services (rest) module enabled and allows PATCH or POST requests, or the site has another web services module enabled, like JSON:API in Drupal 8, or Services or RESTful Web Services in Drupal 7. (Note: The Drupal 7 Services module itself does not require an update at this time, but you should apply other contributed updates associated with this advisory if Services is in use.) Please see Drupal’s security advisory for more information.

If you have a GPS device, you may want to update it. Soon.

Oh, and my good friend Greg Schultz has written another Data Center Storage book worth reading: