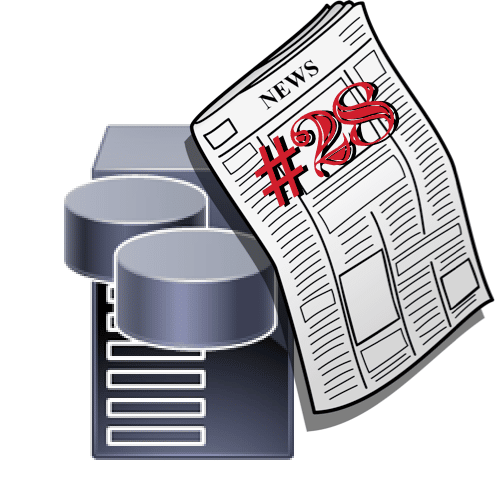 It’s been a hectic couple of weeks, so this will be a shorter one this time around. Plus, WordPress has changed the editor for creating blog posts that I really, really don’t like, so I’m trying to not stay in this editing environment for very long. (I think they are trying to make it more “mobile-friendly,” but are only making it more “creator-hostile.”)

As usual, links were live at the time of publication. 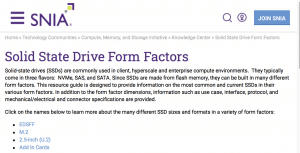 Finally! A clear explanation on what these things mean

Finally! I can stop having to answer silly Quora questions that conflate M.2 with NVMe! SNIA has updated the Solid State Drive Form Factors page and – get this – it’s actually approachable and easy to understand!

According to backup company Acronis, a recent survey of backup usage indicated that 68% of personal users and 43% of IT professionals experienced data loss. This trend is echoed by Infrascale as well. Do yourself a favor – don’t just back up, get yourself a backup policy.

I’m putting this here under Storage Media, because Pavilion is one of the fastest (if not the fastest) NVMe-oF array on the market today. They’ve just announced they’ve managed to double the speed and capacity, which was already impressive.

WD Red Drives take the top spot in Anandtech’s best consumer HDDs. I’m not surprised. I use them predominantly in my home lab.

xNVMe is now out. It’s a “unified API encapsulating low-level APIs,” and works with NVMe-Driver IOCTL, io_uring, and SPDK. From a development point of view, this is actually really cool.

LTO-9 drives look like they’re expected to ship later in 2020.

This is big news. You know a technology is serious when the analyzer and testing companies include it in their kit. SANBlaze adds Zoned Namespaces support to their test platform, for instance.

This is a really good article on why shrinking DRAM sizes is a problem.

DriveScale announced in a press release that they are supporting Optane (3D Xpoint) SSDs as part of the NVMe-oF. The interesting part is that they “set up the NVMe data fabric… [using] NVMe over multi-path iSCSI.” Since NVMe “over iSCSI,” multi-path or otherwise, doesn’t exist – I really wonder what is going on here.

The Corona issue has postponed the SSD business transfer from Lite-On to Kioxia (ask your doctor!). Joking aside, this isn’t exactly unexpected.

StorageNewsletter has an exclusive interview with WekaIO (ultra-fast parallel file system software) CEO Liran Zvibel. Read it before it goes behind a paywall.

Commvault has a fight on its hands. They’ve received activist investor Starboard Value LP nominations for six candidates to stand for election to the Board.

The CXL and Gen-Z consortiums have announced a MOU (Memorandum of Understanding). The two memory fabric initiatives have decided to map out each others’ turf and play nice. Tom Coughlin also has a writeup about it, as does Blocks and Files.

Speaking of collaborations, the NVM Express organization has published a list of their ecosystem as well.

Better get used to the idea that more conference presentations are going to be online for the foreseeable future. Hopefully it will generate some creativity in new ways of consuming these things online.

As of now, though, the Flash Memory Summit is still planning on being run in August, 2020. NVM Express has announced that they are going to be participating.

The call for presentations is open for the SNIA Storage Developer Conference (currently still scheduled for September 21-24 in Santa Clara, CA).

The excellent SNIA webinar on Object Storage generated a few questions, and the Q&A Blog is now live.

The next step in the Storage Security Series, Protecting Data At Rest, is going to be held on April 29. It’s part of a general series that goes into a holistic, comprehensive conversation about security from a storage perspective.

Speaking of security, Security-God Eric Hibbard wrote an article on Cloud Security that dives into several of the projects currently under way.

If you’re curious about new phases of networking, have you heard about QUIC? If not, you might be interested to know that it already makes up about 35% of Google traffic (which means about 7% of all Internet!). Check out the webinar “QUIC – Will It Replace TCP/IP” to find out more.

I was interviewed by SearchStorage on the Future of Flash Memory, published this week. 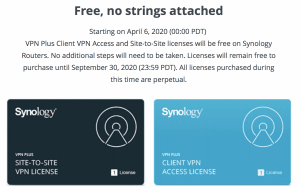 Synology has made its VPN Plus Client Access and Site-to-Site licenses free until September 30, 2020 as a result of more work-from-home requirements. They state in their email that “all licenses purchased during this time are perpetual.”

A vulnerability allows remote attackers to inject arbitrary web script or HTML via a susceptible version of Drupal..

A bit of IT fun today. This is more scarily accurate than people think.