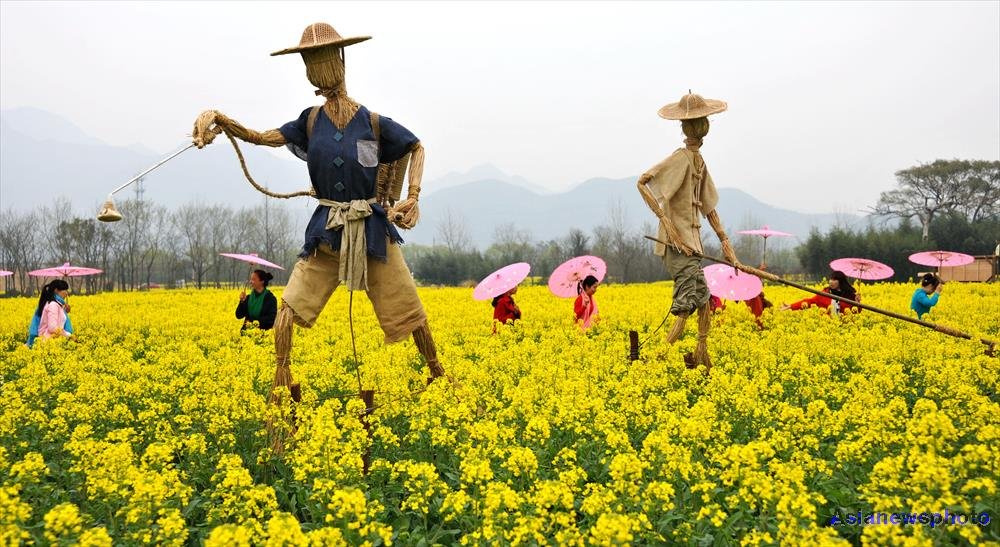 When I wrote about the devolution of Academia, there were some interesting reactions from people. Not all of them have been positive.

Comment from discussion Culture War Roundup for Week of March 13, 2017. Please post all culture war items here..
[Update 2017.03.17 – It appears that the original comment was deleted. Fortunately I managed to take a screenshot beforehand]

The Chinese Robber fallacy (I confess I had to look it up) relates to an argumentation by generalization:

The Chinese Robber Fallacy is where you use a generic problem to attack a specific person or group, even though other groups have the problem just as much (or even more so).
Suppose you’re racist against Chinese people. You can go on the Internet and say:
“Man, screw the Chinese. The Chinese are thieves.”
And when someone replies: “Hey, is that really true?”
“Yeah! Just look at and and of these robberies by evil Chinese criminals.”
“Sure, but that’s just anecdotal evidence.”
“Our statistics say that Chinese people commit an average of thefts a year. That’s a lot! How could you trust a Chinese person?”
“But don’t non-Chinese rob people too?”
“Maybe, but if so, that doesn’t make the Chinese any less guilty, does it? First we should deal with the Chinese criminal problem, and then if we’re successful, maybe we can move on to other types of theft.”
“Are the Chinese really the first group we should target in our anti-theft campaign?”
“Hey, quit trying to change the subject. Are you trying to deny the immorality of stealing people’s hard-earned property? Why, just go into Chinatown and walk around for a while, you’ll see a Chinese mugger soon enough, it’s right there in front of our eyes… “
Source.

Fallacy in the Fallacy Accusation?

So, while I think that there may be evidence for the criticism, I do think that it misses the point entirely. My point was that the process of peer-reviewed publication and dissertation development should have prevented any of those articles from being published at all.

Here, though, we don’t just have one or two pieces that have slipped by, but entire journals devoted to bad research.

That one is just one that stands out. But there are dozens:

Oh, for crying out loud, enough already! That was just the first couple of pages that Google found for me, and there was only one link that overlapped. That’s not counting the bibliographies that I found that didn’t even mention some of the ones I have listed here!

The key point about the Chinese Fallacy is that the fallacy involves the extrapolation of a small subset to a general whole. I never made any indication that these data points were representative of Academic research (though it does appear to be representative to certain fields), just that the have been happening with so much frequency that ignoring these trends should be done at one’s own risk.

“Enginerd” appears to be making the argument that the total quantity of academic articles have increased, and therefore even if the percentage of crap articles remains the same, they will increase as well.

However, it appears that my initial observation stands. The sheer number of research journals to support groupthink has exploded – journals that perpetuate the incestuous sin of publishing each others’ work because it’s only their friends who will do it.

It seems to me that “Enginerd” is making the “Prisoner Fallacy” (I’m making this up):

And when someone replies: “Hey is that really true?”

“Yeah! Just look at all of these crimes by prisoners.”

“Our statistics say that prisoners commit a higher number of crimes a year. How can you trust a prisoner?”

“But don’t non-prisoners commit crimes, too?”

“Maybe, but if so, that doesn’t make the prisoners any less guilty, does it?”

In this case, the evidence that I provided in the earlier post is damning in and of itself. It doesn’t have to be representative of a broader Academic trend (even though I think that it likely does). Once again, the fact that it happens at all is indicative of a slip of Academic standards. Any argument should have evidence to support the basic tenets – what “Enginerd” is actually complaining about is that I didn’t provide enough evidence.

This is true. I was not writing an academic article with statistical probability and a proper t-test. Which, of course, makes it perfect for a Social Justice academic article, right?

The Campaign Against Academia… From Within

Where the danger really lies, however, is the chilling effect that it’s going to have over time on actual, good research. This is especially true as we find more and more calls to abandon reason and rationality altogether:

Feminist scholar argues that STEM is sexist because it focuses on facts rather than feelings #ClassicNRPR https://t.co/VRFLTdRdth

There is a blatant attack on the scientific method, and it is an ongoing campaign.

So far humanity has been unable to create any literary work that gender scholars haven’t considered problematic https://t.co/MjIjNvjB0J pic.twitter.com/mRpOey1mVz

The goal of women’s studies is to train students to become human viruses that infect and disrupt other fields https://t.co/Lgg8WtpvlY pic.twitter.com/UGEZESlktS

A classic older paper on the patriarchal scientific method. The author is a gender studies professor today https://t.co/Pq2prqspyj pic.twitter.com/7OqU2Pyfqg

First, Do No Harm

One of the things that has been a pervasive harm for the past 40 years has been the impact these ideologues have had on real-world academic results.

My argument is that there is a concerted effort to undermine basic academic concepts, including validity, integrity, and ethics:

Worse, it is working. There are ongoing demands that college curricula be changed to either accommodate bad research into policy, or explicitly remove entire disciplines from study because they are not “socially justified.”

Failing an outright call for the banning of non social-justice curricula, there is a strong push to subvert actual syllabi content in deference to these “research principles.”

I’ve already submitted for consideration a number of examples in earlier posts on Academia, as well as the Pronoun Polemic and Academic Newspeak. It’s worth taking a look at just how prevalent this stuff is becoming as a result, however.

(If you want to see an ongoing, updated masterpost of really insane decisions made by Universities and Colleges in the name of this witchhunt, I keep one handy.)

Perhaps the most devastating impact of this mindset is the actual harm it is doing to real people.

The inequality between the researcher and the research participants is especially clear and problematic when the experimenter is male and the participants are female. Here the research setting most clearly reflects and reinforces the imposition of male definitions of reality on females. (McHugh, M.; Koeske, R., and Frieze, I,; 1986).

Check out that phrase in the last sentence: “male definition of reality.” One reality for me, another for thee?

I highly recommend that you read this article (brought to my attention after publication of this blog, and the source of the quote above) that shows how this disregard for biological sex differences are leading to greater risks of illness and deaths for women.

This isn’t even a subtle attempt to eradicate science – it’s an all-out assault. An excerpt from Cordelia Fine’s scolding of the NIH for suggesting using sex as a biological variable speaks volumes:

Unless [neuroscientists] have specific expertise or knowledge in gender scholarship, they too are laypeople with respect to gender research, and may also be susceptible to gender essentialist thinking.” They went on to argue that neuroscientists should be schooled in the theory of intersectionality—“the principle that important social identities like gender, ethnicity, and social class mutually constitute, reinforce, and naturalize one another. (Fine, 2013, cited in Lehman, 2017).

The point here is that this isn’t simply an issue surrounding one or two isolated articles. This is something that has become systematic. Worse, virtue signalling in the media has all but guaranteed that fewer and fewer people will actually be brave enough to challenge the emperor’s nudity:

Most disturbing, Fine and her fellow travellers are often held up by the uninformed press as fearless advocates for women; “a pinnacle piece of feminist literature” is how one reviewer in the Huffington Post described Fine’s Delusions of Gender. In reality, their contributions amount to little more than obscurantism. That women have many more adverse drug reactions than men and that male subjects are consistently overrepresented in the early stages of clinical research at women’s expense seem not to register with them as legitimate issues to care about. These realities are merely mentioned in passing, or in glib disclaimers about why they are not prima facie opposed to studying sex differences (just as long as they don’t show that male and female brains are actually different). (Lehman, 2017).

I’m grateful that “Enginerd” read through the post (hey, I’m always grateful when anyone reads something I write!), but I confess I don’t see where I put any strawmen up here to knock down. To a lot of people, myself included, there is a very strong link between the environment within which this type of bad research is encouraged to continue and the spate of violence against proponents of free speech (among others) on campuses.

Personally, I think that there’s a bit of blaming-the-whistelblower, here. There will come a point in time (I believe it has already happened, but am willing to concede that perhaps I am being a bit alarmist) when we will wish that we hadn’t waited until it was too late to unbake this cake.

As always, I welcome reasoned, rational discussion, and if I’m wrong (and, once more, I hope I am in this case), I’m open to adjusting my views.

I want to close this blog out with a final thought from Claire Lehmann, who nails it on the “thoughts to ponder” front:

Anti-sex difference academics are not personally responsible for women overdosing on sleeping pills and not being able to access medical treatments tailored specifically to their sex. But it is becoming increasingly clear that the ideology they have pushed for years—that biological sex differences are trivial—almost certainly is. The scientific enterprise and its quest for truth will win in the long run. But how many casualties will this battle eventually claim? (Lehman, 2017).