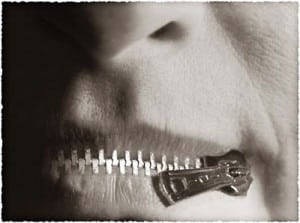 [Last updated: 2017.12.19] In the past few years we have seen incredible, asinine, insane, and – frankly – dangerous movements in higher education. I’ve had my own run-in with Snopes, who has continued to double-down on the notion that there’s absolutely nothing wrong or strange going on in Higher Education. But this is no hoax – it is getting to be impossible to find schools that actually take their academic charter seriously any longer. Instead, we are now looking at Kindergartens for Young Adults, with all the corresponding warm fuzzies, nap times, and hand-holding related to it.

The inclusion of “Diversity” doesn’t really sound so bad, though, does it? After all, in academia you want differing viewpoints. You want to have a marketplace of ideas, and you can only have that if there is the opportunity for a diverse set of views that can emerge to fight for their merit.

However, that’s not what “Diversity” means. In fact, the only thing “diversity” does not mean in these situations is the diversity of ideas.

No, this is what is meant by “Diversity:”

Diversity in the curriculum refers to the study of one or more groups that have been historically marginalized on the basis of culture, race, ethnicity, gender, sexual orientation, class, disability, religion, age, immigration, or geopolitical power. Diversity-designated courses facilitate academic inquiry, analysis and understanding of past and current differences, conflicts and relations of power, thereby moving the discourse of diversity beyond mere tolerance, celebration, or appreciation.

It is this definition upon which the foundation of the Victim Olympics is established. This is the codifcation of the upside-down world of academia – those who have no value actually have the most value. Dissent isn’t just allowed, it’s persecuted.

Welcome to the Re-education Centers.

Here is a list of schools you may want your college-age children to avoid. I’m including only those schools that have created institutional policies of blatant favoritism, sexism, and racism in the name of Social Justice, not individuals or groups that have behaved atrociously (the list would be too long). So, for example, students who refuse to be housed with white students at Claremont College will not be part of this list (but the school shows up anyway for different reasons).

To that end, I will not be talking about the absolutely insane “peer-reviewed” studies that are passing for science nowadays. That list would be way, way too long. I highly recommend following @RealPeerReview on Twitter. They have that stuff nailed.

I intend to update this page periodically with new information over time, too.

[Update: The Heterodox Academy has identified a list of the worst schools for viewpoint diversity. It’s a great summary.]

Links were valid at the time of their inclusion.

2017.01.26. University expels student after his girlfriend accused him of “snuggling without consent…” 3 months after they broke up. He was never charged with a crime. [link]

Bonus: New York Board of Regents

2017.03.13. Board of Regents is likely to eliminate the “Literacy exam,” because, it weeded out minority teaching candidates. Yeah, apparently it’s better to have teachers who can’t read teaching in schools than look un-diverse. “Having a white workforce really doesn’t match our student body anymore.” [link]. The literacy test is “a 12th grade-level assessment” – something a high school senior should be able to pass.

2016.10.26. Student Government approved a boycott, divestment and sanctions (BDS) resolution that says Israel’s very founding was an act of “occupation.” The resolution calls for the University divestment of companies that do business in Israel. [link]

Yup. This space is definitely unsafe.