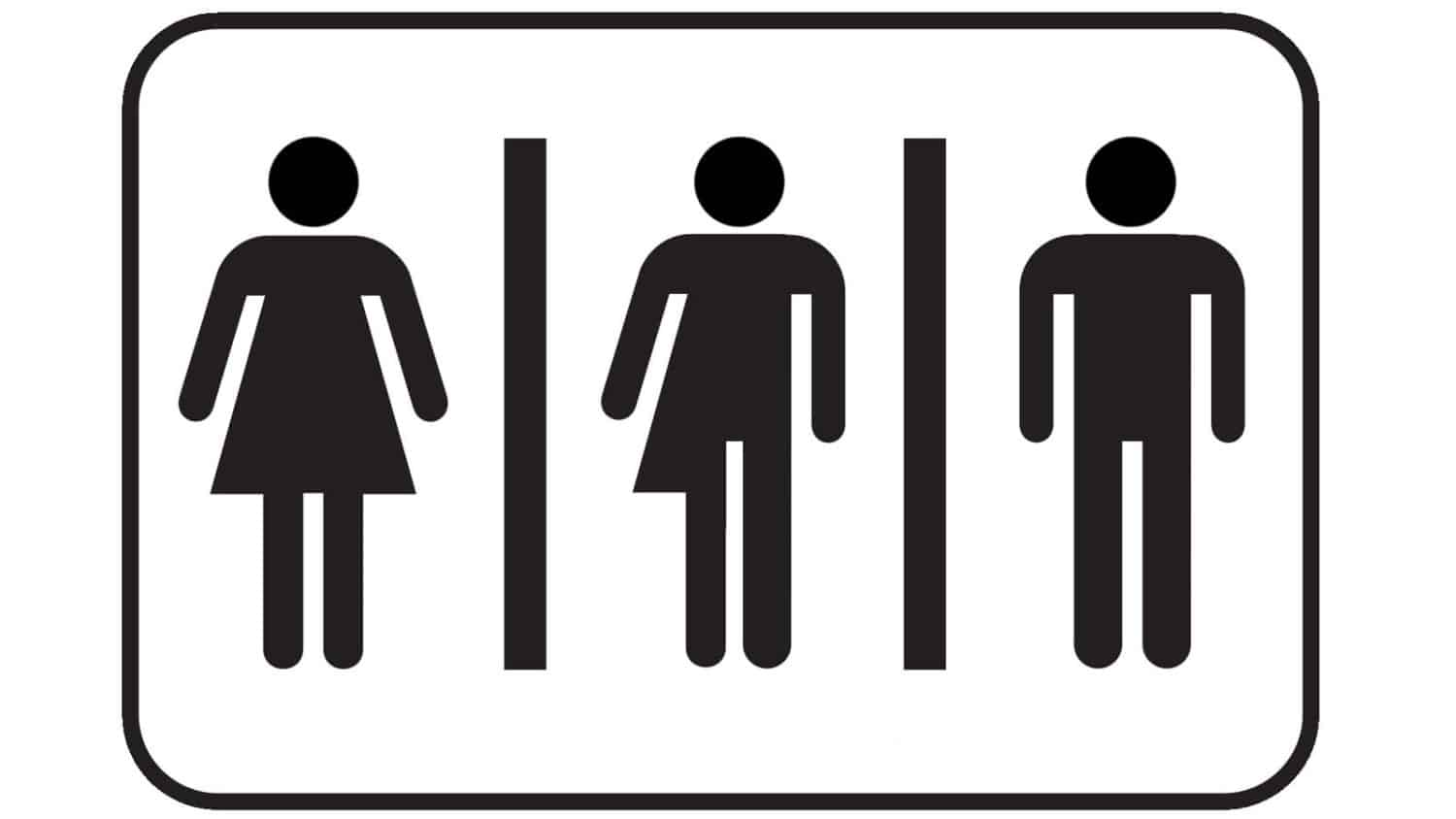 If you read the title and said, Wait, what? – bear with me for just a moment. I know, I know, this is not going to be a popular blog.

I’ve already written at length about how Social Justice advocates are adept at taking a topic – any topic – and turning it into a conversation about the topic. I called it Weaponized Metacommunication for a reason: they use this technique as weapons to control not just people, but infect the legal system to criminalize those who might seek to dissent.

Today I read an article that Yale University has opened more than 300 “All-Gender” bathrooms in a massive push to virtue-signal “solidarity” with transgendered (or “non-gendered”) people.

“Yale aims to be a leader on this front,” said Tamar Gendler, dean of Yale’s Faculty of Arts and Sciences. “Part of what is important about the all-gender bathroom project and about putting it at the top of our commencement site, is this is about public signaling.” (AP)

This kind of “signaling” underscores the misplaced reliance on metacommunication in which many American schools engage: If you disagree you must be transphobic.

This is no exaggeration. This is the justification for making this move:

Yale’s Equal Opportunity Statement, which covers all students and employees, has since 2006 prohibited discrimination based upon gender identity or expression in admission, education and employment.

The conversation about “gendered” bathrooms has been framed as one of “discrimination,” the boogeyman that threatens the pristine divinity of “inclusiveness.” Because, you know, going to the bathroom is an inclusive event.

(Foreshadowing: Let’s see, which group tends to see going to the bathroom as a group event. And are their other groups that see it as a more individual activity? And which group seems to have an issue with this ‘inclusiveness’ ideal for bathrooms…)

It’s not always about you.

The controversy surrounding these bathrooms, from North Carolina to Cornell, from Brown back to Yale (and beyond), has – to my knowledge – always been couched in these terms. Somehow from the dawn of time until this year trans people have been “holding it in,” because they haven’t seemed to figure out where to find “accepting” facilities that don’t “erase their existence.”

People have rarely had to take the opportunity to think about why they don’t feel comfortable with gender “neutral” bathrooms. It’s one of those things that just seems intuitive. Boys go one way, girls go the other way. After all, we have different locker rooms for Gym class, and that’s where toilets are. Are we going to have “Gender-neutral” locker rooms, next?

Individualism vs. Collectiviism… in the Toilet Stall

It’s no secret that the Marxist, collectivist tendencies of Social Justice causes are deliberately antithetical to Individualism. They fight against Free Speech, up-level everything into a metacommunicative state, they advocate for Coerced Speech. And if you fail to capitulate to their demands, you aren’t just abusing people, you’re committing literal acts of violence and hate.

Yes, “literal.” Check out this asshole:

It’s surprising to me that I – a rabid individualist – didn’t notice this right away. I guess I’m a little slow on the uptake sometimes. I don’t even like toilet humor, so the notion of breaking the sacrosanct privacy of bathroom visitation is anathema, and perhaps I should have picked up on it sooner. Hell, even writing this pieces is uncomfortable.

Even so, who wants to be accused of being something they’re not? I’ve never had a problem with trans people. Indeed, with the number of Pride events I’ve attended, there are a lot of people who would be shocked that I could be accused of such a thing. After all, I don’t care who they are, as long as people respect my privacy. When it matters, I just want to be left alo… oh.

Because Social Justice zealots have consistently managed to paint the picture as one of collectivism and “inclusiveness,” people who haven’t been able to put their finger on just why this is troublesome to them, have had to defend themselves in “group” terms:

Disagree with the idea? You cis scum!

Want your own separate bathroom? You heteronormative asshole!

Oh, and if you object, you must be a white male:

“That’s music to my ears,” [Yale trans student Isaac Amend] said. “And what’s the greatest harm that can be done? An old white guy makes a snide remark? Who cares?”

No, that’s not the greatest harm that can be done.

Many people – dare I say most? – are instinctively private about bathroom activity. For instance, in general men do not communicate with one another in restrooms. This is especially true if they do not know each other. This often comes as a surprise to women, who often find going to bathrooms a team sport. (I’ve often wondered if women offer cheerleading motivation when they go in together).

Sure, women may go in to gossip, but it’s not a “thing” that men do. There is no inclusiveness involved at all.

Even in women’s bathrooms, from what little time I’ve spent in them, are still single-stall entities. So, even the social element appears to be confined in front of the sinks and mirrors. This simply does not happen in men’s restrooms.

Men’s bathrooms are far more utilitarian – especially because of the fact that men do not use them as social centers. There is, ironically, far less privacy in men’s restrooms than in women’s, because men do not like to stand around and loiter any longer than they have to.

Why would they make restrooms more “comfortable”?  Urinals – whether a symbol of patriarchy or not (I’m not making this up) – are designed the way they are specifically because they allow for the extremely efficient “get in, get out” motives that suit men’s biology as well as anti-social bathroom temperament.

This, of course, leads to the misguided accusation that men’s restrooms aren’t fair. Queues for women’s restrooms are notoriously longer than in men’s, because in part of the plumbing (both human and architectural), but also because of the diametrically opposite social influence of the purpose of the room in the first place. Women simply take longer in restrooms than men, creating a Head of Line Blocking (to use a technical term) problem.

That doesn’t stop people from thinking that somehow, in some way, men are privileged to have as much space as they have (even though they have, per capita, far less privacy than women do):

I can hear the accusations come fast and furious already:

First, anyone who tries to “share a stall” with me in a restroom – regardless of what they identify as – is going to find themselves on the business end of one hell of a hissy fit. GTFO.

Second, it is disingenuous to stake a claim to the argument for inclusiveness and then deny that there can be objections on that basis.

It really doesn’t matter what someone “identifies” as in order to go into a restroom. I’ve been in enough restrooms where janitorial staff (female) have been doing their jobs. Yes, it’s uncomfortable, but it’s not about forcing me to “accept and be inclusive about their identity.”

Social Justice advocates are all about “respect.” Jordan Peterson’s confrontation with trans people over “pronouns” quickly devolved into “if you don’t use our pronoun, then you don’t respect us” nonsense.

Respect, however, goes two ways; it’s trite, but it’s true. It is unreasonable to expect that anyone should demand respect from one party without at least offering quid-pro-quo to the other party. (Ask a Social Justice person why they don’t respect you, and it will be because of the group you belong to. Ask them why they deserve respect, and it will be due to the same reason. I guar-un-tee it.)

As I said, it does not matter what someone identifies as. Generally speaking, if someone identifies as a certain gender, and they go into a place where there is a reasonable expectation of privacy (like a bathroom), then it really doesn’t matter. In fact, if you’re doing it right (at least in a men’s room), anyone else in there won’t even try to make eye contact!

That is not what’s going on here, though. This is a blatant foghorn clarion call for virtue-signaling. See, we’re not transphobic! We’re being inclusive! And we don’t care if we sacrifice your privacy to show our solidarity!

If us being in the same bathroom is about your identity, there is something very, very wrong. 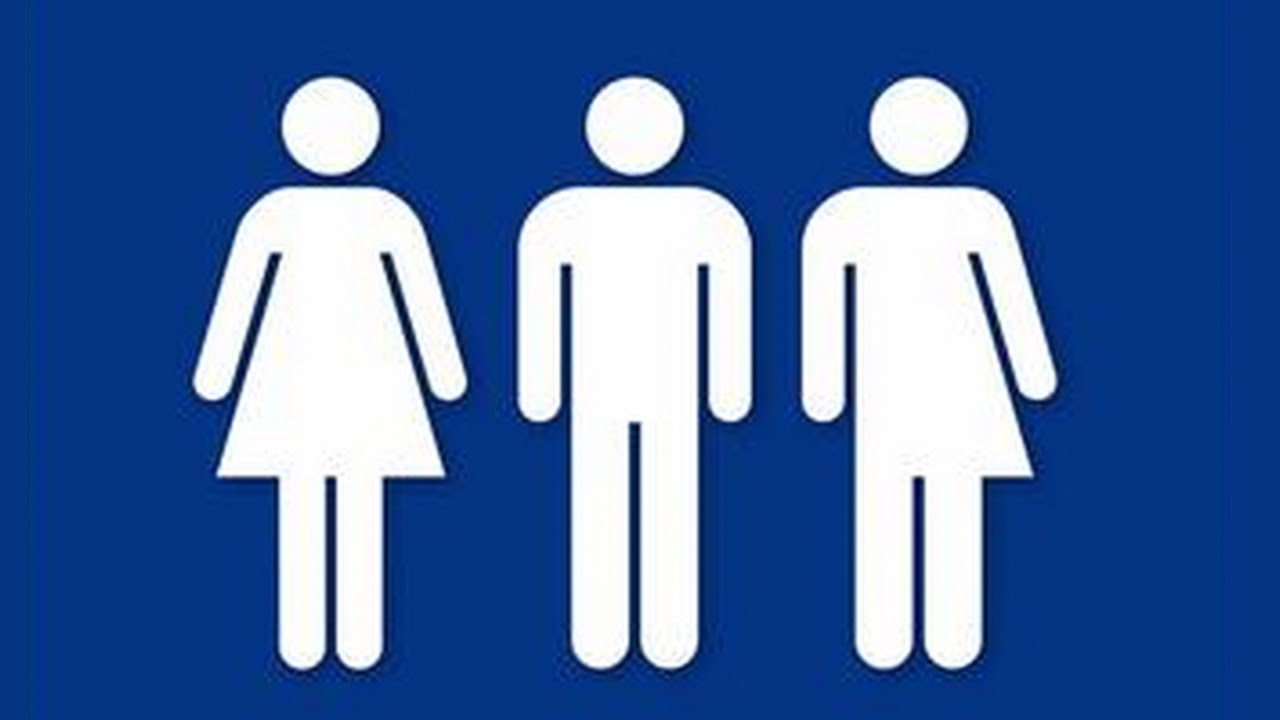 In other words, my right to privacy is being usurped to make a visit to the restroom about their identity.

And, my dear Isaac, the worst thing that can happen is that when people feel cornered, that their reasonable expectation for privacy is forcibly threatened, they will fight “back.” Reasonable people can act in unreasonable ways if they feel that they’re being backed into a corner. They don’t even have to know why, or be able to put into words how, it’s happening, but they will react instinctively.

In fact, it’s often because they don’t know why they are feeling threatened that they tend to react the most aggressively.

How do I know this is about virtue signaling and coerced, thought-policing?

Because if they really wanted gender-neutral bathrooms that anyone could use, they would simply slap a “W.C.” on the door like they do in Europe. If they’re single-use bathrooms anyway, who cares who’s in them?

But no. This has to be a “special” case to show that a certain group has been elevated to a status that requires snowflake-like care and preservation.

More importantly, it’s about taking off another chunk in the sovereignty of the individual, and using institutional authoritative means to do so. This is a true gender-neutral restroom.