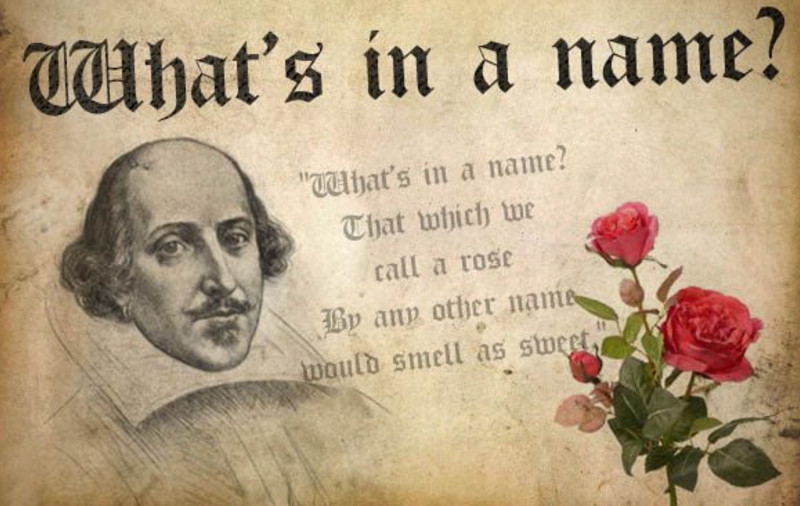 I have an unusual name. I like my name, but I admit that it’s unusual. I often get people that I don’t know me try to fudge by using my middle name – and often get it wrong. While my middle name is Michel, I can understand why people (non-francophones, obviously) will call it “Michael.”

But I don’t go by my middle name (my brother does, but I don’t).

(According to my mother, my middle name is supposed to be pronounced mik-HAIL, – МИХАЙЛ – like, e.g., Mikhail Gorbachev. But, if it’s impossible for people to pronounce it as French, there’s no way people are going to get it in Russian! Moreover, it’s my name, so I will choose how I pronounce it, thank-you-very-much.)

Every once in a while, though, someone decides they’re going to be clever and try to “guess what the J stands for,” and 100% of the time they’re wrong. Jake, James, John, Jeff (I’ve been getting this one a lot recently, for some reason), even Jehosephat (said with tongue squarely in cheek) is something I hear often.

Sometimes, though, they are off the wall. The most bizarre misnaming that’s ever happened was – and will likely always be – Giuseppe. I, uh, really have no idea how that came about.

But this post isn’t about the joys of having a difficult-to-spell (!) name. It’s about an interesting situation that’s come up recently and I’m not really sure how to trace it.

The “Joys” of LinkedIn

Anyone who has an account on LinkedIn knows of the problem with spamming. It happens all the time; so much so that I’ve prefaced my “About” page with this disclaimer:

Oh my, my name (properly spelled) and a disclaimer! Who knew?!

Nevertheless, it obviously doesn’t stop people (but it confirms that they really don’t read the profile anyway, so I have no issues ignoring them.

Now, it turns out that there has been one gentleman who has been quite persistent. I don’t really like to block people, especially ones who are just trying to do their job, but he has been trying for years to get my attention.

Okay, so, he got my name wrong. No big deal.

I must have been on his SalesForce lead items, though, because when I didn’t respond, he waited 6 months and then sent me this:

Now, I’m censoring his name, but not his company because this comes into play later. Another 6 months, and he seemed to have discovered my name. Progress!

Unfortunately for Yann, I don’t actually need his services. He had noticed that I had left Cisco and was joining Rockport, and I figured that he probably got that from my update about my career shift. A very nice message, but I’m afraid I’m really not his target audience. So, I didn’t respond.

Then, in April (a little over a month ago), I got this:

Oh, so close! I mean, he had it right once, why change it? And why choose, of all things, Jaweed?! Where on earth did that come from? Now, there is a Jaweed Metz on LinkedIn, just like there are a lot of John Smiths, etc. (I personally know three “Scott Lowe”s). But I’m not him.

A month later (SalesForce must really be pushing his leads nowadays), he doubles down:

Okay, so, his sales effort (with me) is a bust. Perhaps I’m being too pedantic, but if you can’t get my name right when it’s staring you in the face, you start off in negative territory. Even so, bizarro name, unrelated product pitch, no big deal.

And then, today, I get this email at my work account:

I’m including the name, number, and company here because at this point I simply don’t care. It’s not like there’s an apparent secrecy when sending that info to a complete stranger anyway.

So, here’s the interesting thing. Team-Level12 is a Canadian company, while Zazmic is a Ukranian one. As far as I can tell, there doesn’t appear to be any connection between the two.

But somehow, at some point, they both got the idea that my name was “Jaweed.” How could this be? My best guess is that someone has decided to scrape LinkedIn and run some algorithm on names and corporate email addresses, botched the name, and sold that list. This is one of those cases where my anonymous email address can’t help. In fact, my work email does not exist on my LinkedIn profile at all.

So, at the moment, it appears that spammers are getting creative with their lead generation. My motivation is mostly curiosity at this point, but I’m looking to track down what actually happened.

(If anyone has any insight, I’m completely open to hearing about it!)