Regardless of what you think about Edward Snowden, he’s absolutely right here.

This morning, a question came in on Quora that chilled me:

Why are some college professors so worried about students being allowed to tape their class? If they are doing their job teaching the subject, what do they have to worry about?

It stems from a Daily Caller article that showed that the Florida Senate passed a bill that (among other things), “allows students to ‘record video or audio of class lectures’ for a variety of purposes, including using the recorded material ‘as evidence in, or in preparation for, a criminal or civil proceeding.'”

Now, I understand why this is desirable. Modern academia is a war zone (in some cases, a literal comparison is justified – take a look at Evergreen State as just one example). Many college professors are hostile to conservative points of view, even to the point of expelling students for “infractions” of expressing opinions in class.

To me, though, this Republican-led initiative raises a clarion call of caution.

Letting The Devil Into Your Bed

(And yes, I may be one of the few people left who can actually have friendships with people I have occasional disagreements with. It’s an enriching experience, and I highly recommend it.)

There is an insidious evil to relying on the “Nothing to Hide” argument to justify invasion of privacy.

Now, in this case, the argument will be made that this isn’t “privacy” in the sense that you are free to say and do what you want in your own home. That’s not how I’m using the term, however.

Instead, I’m using the term privacy in a broader philosophical sense; namely, the fact that the exchange between a teacher and student(s) is one that is intended for those participants alone – unless explicitly stated that it is not.

There is no purpose to create legislative action to allow recording other than to do two things.

First, the recording is not used for personal clarification of the topics discussed in class, but rather to explicitly underscore the risk of outside observation of what is in fact a private conversation between teachers and students.

Second, it is designed – both in principle and in practice – to chill speech. It ensures that professors will avoid topics that are controversial or unpopular, that they will refrain from offering uncomfortable subjects, and will avoid any conversations that may later be taken out of context.

Let’s look at these in turn. 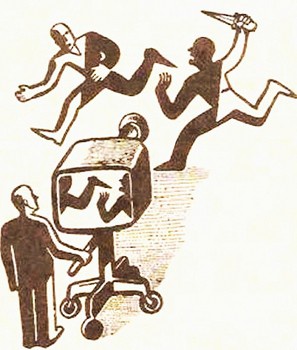 There is absolutely no reason to create a law that allows surreptitious surveillance of a specific profession that doesn’t not carry with it the intent of exposing that profession. Why not create a law to legally record your politicians without their knowledge? Or jury proceedings? Or a sex therapist?

The answer should be obvious – because the very act of recording is to be available for external (that is, outside of the participants in the room) observation.

If you were a student who had a teacher discussing hard-to-understand concepts, or who had a difficult accent (I’ve had both, sometimes at the same time), you would not need a law passed in order to record a class for your own review.

Because of the fact that these recordings are intended to be shared and distributed, there is a very real probability that videos will be doctored or edited for “dramatic effect.”

Editing is a very, very powerful tool to entirely change the meaning of an exchange. Look at how eight seconds drastically changed the meaning and context of this Katie Couric interview:

This is a particularly good example, because it combines the power of video (visuals) with the actual audio from the interview to provide a very damning change to the original. Likewise, here is another example provided by an “interviewee” of Comedian Jim Jefferies. It doesn’t take a leap of imagination to understand that students with vendettas against professors wouldn’t think twice about doing the exact same thing.

Every professor should be worried that any student with iMovie could splice and dice the recording in any way they see fit, and there would be nothing short of forensic analysis to absolve them of the smear campaign. By that point, it’d be too late.

The Meaning of Meaning

As to the second part, the very act of sharing a video places meaning on the video, and not in a good way.

Think about it – when you watch videos on the news or on YouTube or, quite frankly, anywhere that you don’t personally know the participants, you know that something is going to happen. Something bad, usually. Something interesting. It’s a meta-metacommunicative effect that is very real. It’s what Marshall McLuhan called “The Medium is the Massage.”

Most people’s lives do not contain interesting events every 35 seconds. Nobody wants to have their life distilled down to a single 35 second clip, for that very reason.

So what do they do when they’re under surveillance all the time?

They avoid doing anything that could be spread virally (or should). They avoid talking about talking about controversial topics. Look at former Papa John’s CEO as an example.

He was recorded on a call saying that he wouldn’t say a bad word (and in the process, used the word).

People after listening to the recording. “He said X! He said X!”

“No, I said that I would never say X”

[youtube=”https://www.youtube.com/watch?v=V7nhm6AUOYU”]
Can you imagine a teacher on $35k/year losing his livelihood because the topic of the class was racism through history?

The most import part of all of this, though, is that whenever you assert that an individual is guilty until proven innocent, all you are doing is placing pressure on them to continually prove a negative.

The very premise of the argument is that you have the right to invade someone’s thoughts, words, and behaviors just in case they provide justification for your surveillance in the first place:

Perhaps at its foundation, the question of ‘Nothing to Hide’ perpetuates the absolute inverse of the relationship between the individual and government: an individual’s life is public property, open to inspection at any point in time and place. This is contradictory to the fundamental relationship that the citizenry has with its government: The government is designed to serve at the pleasure of its citizenry, not the other way around.

When people ask ‘what do you have to hide,’ they fail to realize is that you cannot systematically provide for the greater social good by eliminating the private good. The public is made up of a connected series of individuals, and if each of those individuals’ rights are infringed, then the public rights are infringed as well by default. What is left may be a conformist, ‘safe’ society, but one that is definitively devoid of individualism and personal responsibility.

Remember, this is a law that is being written, so the reference to government here is valid. In fact, the reality is even more insidious.

The government is, in effect, creating agents out of its citizens. It is actively giving permission for people to spy on each other and report the findings. Not just any citizens, but specific citizens. Citizens who have earned special scrutiny by the government.

This should scare every individualist, whether they be on the liberal or conservative side. This gives everyone something to worry about.

As if the Evidence Gods were looking down upon this post and decided to create the perfect example, this happened at Georgetown Law School:

Read the entire story. It’s horrific. In a nutshell, though, two college professors were lamenting the fact that black students were not doing as well as their non-black counterparts, and it was causing them a great deal of stress. Unaware that they were being recorded, activist student Hassan Ahmad uploaded their conversation to a sharing site and demonized them on Twitter.

This is precisely the reason why college professors should have every right to be worried.

This story has all of the tenets I am talking about.

And here’s the bonus:

To teachers everywhere: be afraid. Be very afraid.