On August 22, Storage Newsletter published an article written by Jean Jacques Maleval that accused the 2022 Flash Memory Summit as being "deceptive."

This is a very serious accusation. The Newsletter sent it out in its digest as the lead story. Obviously this warranted some immediate attention, particularly as I've been part of the Flash Memory Summit as a panelist and moderator off-and-on for the past 12 or 13 years.

What I thought was going to be a presentation of evidence for 'deception,' turned out to be a bizarre, unedited, error-riddled mashup of bizarre complaints.

Nearly every sentence in the article is petty, obnoxious, and simply idiotic.

Typos and verb tense mismatches aside, this opening sentence places its shots across the bow at Conference Concepts as an event planning firm. Many event planning firms are small, because they don't need to be large. Not every event needs Chiat-Day to organize an event with less than 10k people. 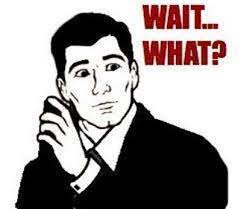 Remember, this is coming from the StorageNewsletter, which had sent out an email blast only 5 days earlier about the SNIA SDC conference in September.

You would think that a storage-oriented trade magazine would have its facts straight on something so basic.

But oh, it gets worse.

Why the 2022 edition was deceptive?

Okay, now it should get good. Right?

First of all, what does any of that have to do with the price of tea in China? What is deceptive about the number of attendees who showed up?

To be perfectly blunt, I'm absolutely stunned that FMS had as many as they did. Travel is still heavily restricted for many companies, and I'm willing to bet that most of the attendees were local (that is, after all, why many conferences are held in Silicon Valley).

Even so, there's nothing deceptive there. FMS certainly would liked to have had more attendees, and certainly more sponsors, I'm sure. They may have even publicly expressed that they hoped more people would be able to make it (though I hadn't seen anything like that in public).

But there definitely isn't anything deceptive about this.

Ah, so now we have it. StorageNewsletter is pissed off because their salesperson got blown off.

Still, not "deceptive." What would have been deceptive is if FMS had promised to pay SN for promotion and then ultimately decided not to do it. Though, "deceptive" wouldn't have been the right word in such a case.

As it is, though, just because your sales guy didn't make a sale doesn't mean the potential customer was "deceptive."

No. That's not how this works now.

No date was published for the next edition because there is so much uncertainty about events over the next three years that many organizations are simply not making the commitments to venues so far in advance.

When you make a conference, it's not like booking a hotel room. You have contracts to sign, and those contracts need to have the proper escape clauses. The hotels want to get their guaranteed revenue for reserving the space and rooms, and the organizers don't want to get left holding a 6-figure bill of commitments if the government decides to declare another pandemic where no one can take their dog for a walk.

Let me ruin the surprise for you right now. When we at SNIA hold SDC in 3 weeks (as of this writing), we will not be announcing the dates of 2023's SDC. Why?

Because we don't yet know where it will be held.

Every year the venues change their prices and their terms for the contract. Even in a relatively predictable year, there is a lot of risk and uncertainty.

With trigger-happy lockdowns and highly variable corporate travel permissions, though, the risk goes through the roof. Many events are going through a "let's see how this goes" phase as they start to un-turtle themselves and test the waters.

I am not part of the FMS organizing committee, so I have no clue what their criteria for success or failure is with respect to attendees. I don't know if they got better than they expected or not. No idea.

But what I do know is that no organization with a good risk-management plan is going back to "business as usual" right out of the gate. To do so would be phenomenally stupid.

Even so, it's still not "deceptive."

What about their last bullet? I mean, they only have four bullets under the "Why was this deceptive" section, so they better make it good.

Your sales guy didn't get a response after two emails? Did you try a phone call, by chance?

Look, I know Jay Kramer. I've worked with him for a while (I was on the organizing committee for the SmartNIC Summit back in the spring). Jay is not the kind of guy to simply ignore the opportunity for promotion.

Unless there is a good reason to do so. This entire article provides as good as any for why someone should be ignored.

It's still not "deceptive."

So, four swings and four misses. Not one deceptive practice listed. Half of them are because the sales person was pissed off because s/he didn't get a response from unsolicited sales emails.

Ah, but then we have the coup de grace.

SN apparently has wisdom to share about what FMS needs to do to change.

FMS is too much [sic] concentrated on flash components and not flash subsystems, especially AFAs where are involved a lot of storage companies, and big ones.

Are you f'n kidding me? This entire article was all about how "deceptive" FMS is, and they're bitching about them doing exactly what the name suggests?!

But even that isn't the most insane part. The next sentence is this:

And why not [sic] more generally on global storage as there is not anymore [sic] public show [sic] on the subject.

A quick examination of just one of the days brings up these random talk titles:

One has to wonder: did... did SN even go to FMS? Or even take a look at the program?

The show has to be enlarge [sic] and to change its name, for example to Data Storage Summit or Storage Summit. But maybe it’s too late to rebound. Good bye FMS? And then no more public storage shows and only private ones by vendors?

This is like saying "SNIA has to change its name because it doesn't just do 'Networking' any more."

I know of no person who knows of FMS and expects it to only be about Flash. "FMS" is an event, and as a result many storage professionals over the past 16 years have come to equate the three-letter acronym with the event far more than the contents of the event.

Either way, the conclusion is inescapable: There was no 'deception.'

Quite frankly, I'm highly disappointed in StorageNewsletter for this shoddy and cheap attempt at click-bait.

Three was nothing deceptive about FMS - at least not as shown by any evidence from M. Maleval. Instead, what we got was a lot of whining and complaining because SN wasn't able to sell ad space.

There's no other way to put it: Anyone involved with StorageNewsletter should be ashamed that this was published at all, let alone promoted as their top story.

If I was back in my teaching days, this would have gotten an F, because the rules and regulations would prevent me from giving it a G.