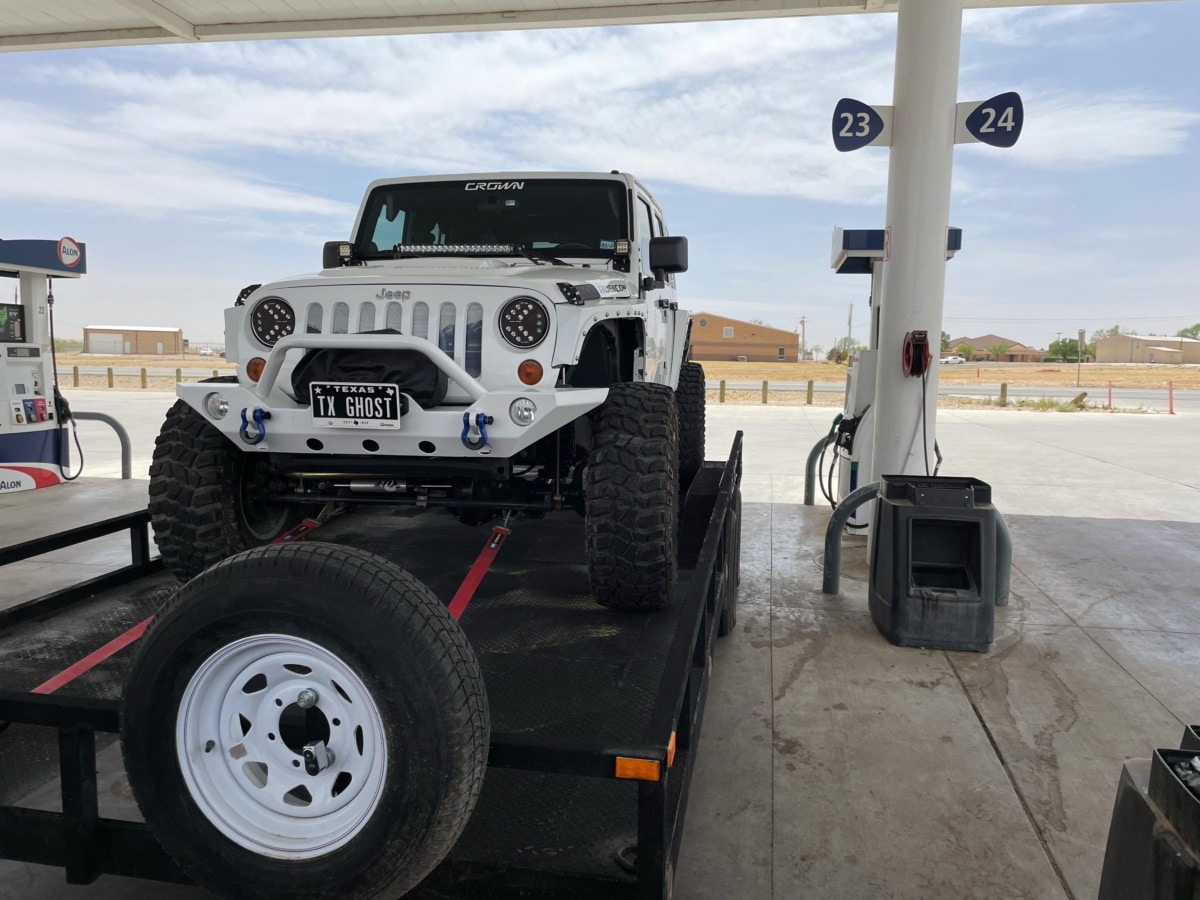 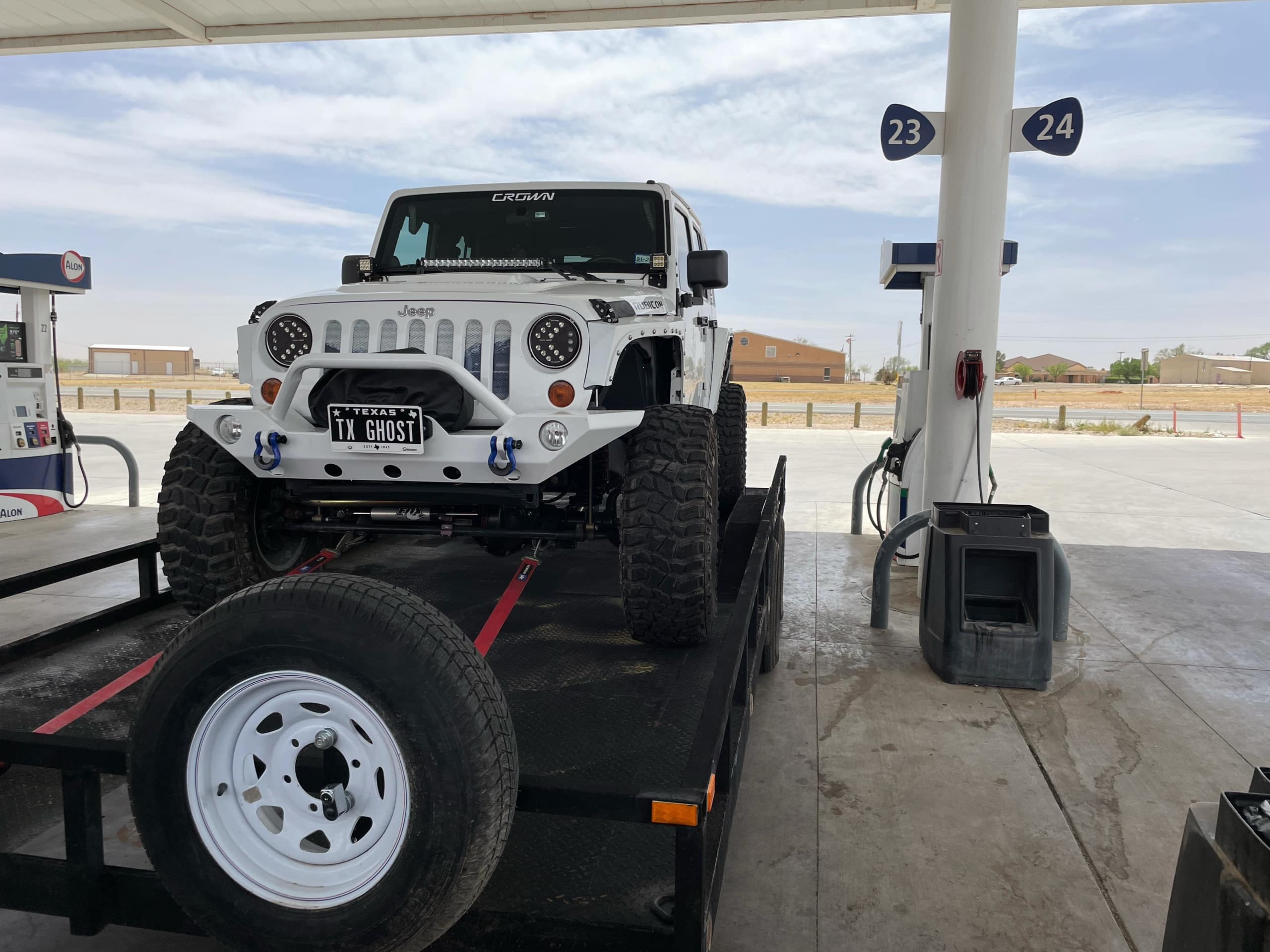 I was coming out of the gas station, back towards my truck that was sitting at the refueling pumps, my trailer carefully parked so that others could get their own cars and trucks in between the pumps. My Jeep sat high on top of the trailer, immovable via 3” straps from the axles to giant D-rings on the trailer bed.

“I want to do something like that to my son’s CJ-7,” he said, looking over my lifted jeep.

I followed his gaze back to Texas Ghost - my jeep - and noted that he was looking at the oversized tires and 4.5” lift kit. Strapped down, Ghost looked like a tranquilized monster, captured by big game hunters. It’s a big jeep, and I had gotten comments on it at every pit stop along the way to Moab.

He nodded. “It was my son’s,” he said. “He rolled it, and now I want to get back to how he wanted to get it. Make it a bad-ass rock crawler.”

It was at that point that I sensed, rather than heard, a slight change in his voice. Maybe it was the way he said “bad ass,” as if it were nothing more descriptive than, say, the color “blue.” Maybe it was a change in his stance. Whatever it was, I wasn’t prepared for the floor dropping out from underneath.

“He rolled the Jeep,” he said again. “I lost my son, and now I want to get it to where he wanted it to be.”

I followed his point of view back to Ghost again, but this time he wasn’t seeing my Jeep. He was overlaying the parts of Ghost onto his late son’s Jeep. He was going to make it bad-ass. For his son.

The revelation came out of the blue, so nonchalant, but not devoid of emotion. It’s the kind of delivery only redneck men seem to deliver. Stoic. Descriptive. Not a burden to the listener. This is what happened, and it means something, but that’s all there is needed to say about it.

He looked young, though an exact age would have been difficult behind his dark sunglasses and scraggly beard. I would have guessed maybe 40, possibly 42.

“I’m so sorry for your loss,” I said, my voice a bit quieter now. The pride I had felt for him admiring my Jeep had now morphed into something considerably more humble.

He did a quick nod in acknowledgement, and then continued, “I don’t have a lot of time or experience,” he said, "but thankfully that’s why I have him.”

He jerked his head towards a guy coming out of the gas station behind me. Like the first guy, he was a quiet redneck, scruffy, polite, slightly suspicious of his friend’s new conversation partner.

His friend was younger than he was, probably in his early-to-mid thirties. If they had been close for all their lives, then he wasn’t as old as I originally thought. I revised my age estimation downwards a bit. He was probably no older than 40, maybe a little younger. That would have meant his kid was probably only 20 at the oldest.

That, in turn, meant that his son’s death was recent.

“It always helps to have a buddy at times like those,’ I said, indicating his friend. “Believe me, there’s no way I could have gotten most of that stuff – “ I indicated Ghost’s upgrades – “on my own.”

“As a matter of fact, there are a couple of places that I use for my old jeeps,” I said. I mentioned that I knew of a couple of places where he could get parts for his son’s Jeep. His eyes lit up a bit, in that reserved way, as if I had just given him a treasure map.

I wrote down the websites of the places where he could get the parts he needed, and he shook my hand in gratitude. Once again, there was something more there. Just a little. Subtle, but definitely more.

“Well, I’ve got to go over to a neighbor’s house and mow her lawn,” he said. In the short span of time we had talked, this seemed like just the kind of thing he would do. Take care of people. Do it because that’s what you do. You take care of your neighbors. “I hope you have a lot of fun out there.”

He looked back at Ghost, but he only looked at the suspension. He zeroed in on it like a laser. I knew exactly what he was going to do to get his son’s Jeep back to where his son had wanted it to be.

It dawned on me that he would never be done – you are never done working on a Jeep. There are always more things to do, more corrections to fix, more improvements to make. He would never let that Jeep go, either, as it would always keep his son in his life. 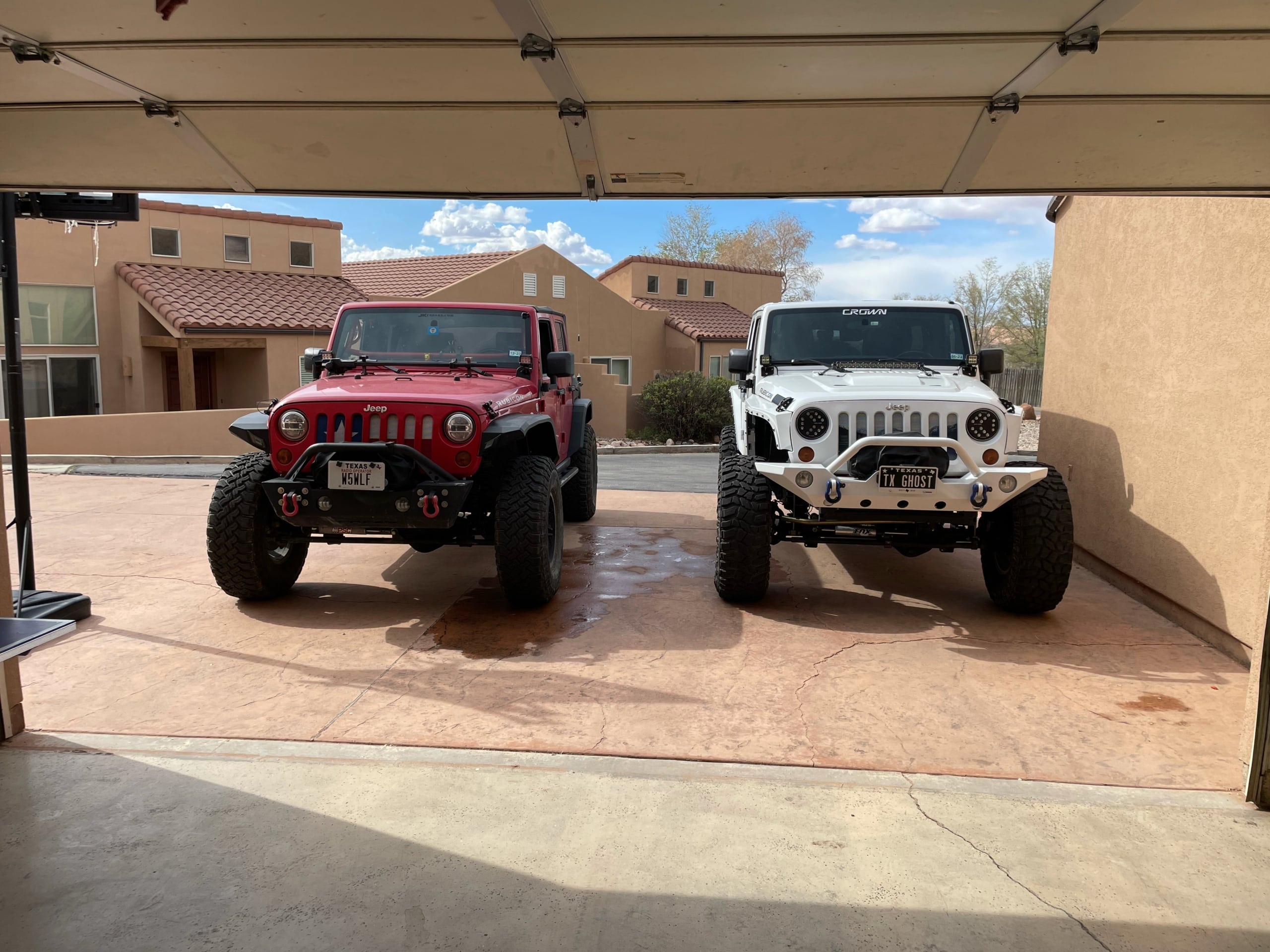