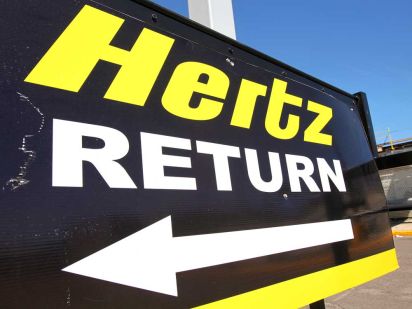 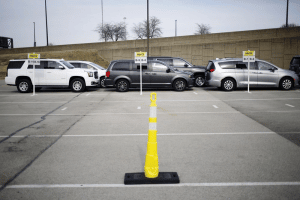 Hertz’ recent bankruptcy filings is only one of the many companies that are beholden to travel economics, but there is a possibility for the company (and others like Hertz) to completely rethink their model in order to survive.

Disclosure: I don’t work for Hertz or any other travel-related business. In fact, I rage quit Hertz as a vendor a few years ago, because their customer service was so bad that I had had enough, leaving enough rewards points on the table to drive for free for over a month. So, I have no vested interest in whether Hertz survives or not.

This conversation started this morning with my wife (who trades on the stock market, and knows far more about that stuff than I do), and what started off as a joke started to gain steam. So, while this is focused on Hertz, it could apply to any car rental agency, like Avis, Budget, National, etc.

Hertz’ business model hasn’t changed drastically in decades. They have cars that they buy from manufacturers in bulk, they rent them out, service them, and then sell them as a used item when the next model year comes in. All in all, very straight forward, and very efficient.

However, when a pandemic hits, however, the foundation upon which this entire model rests is sent into upheaval.

Obviously, simply selling off the cars in their inventory would provide revenue, but not actually provide additional value compared with any other used car lot. Alternatively, they could go the way of Carmax, for example, but that wouldn’t actually take advantage of all the infrastructure that they currently have. Carmax, for instance, does not have any means to handle mobility.

So I got to thinking: just what is it that Hertz actually has? How could the company pivot into something that could take advantage of its assets while at the same time completely changing its model for survivability into the future? 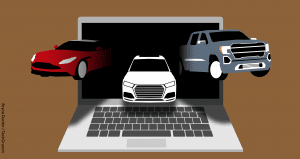 Such a transition would take some seriously crazy-ass, out-of-the-box thinking. What if, for example, Hertz were to go into a “licensing” type of approach for handling its inventory of cars, and vast network of service locations? Sort of a site license, for cars.

Bear with me for a moment. What if Hertz were to license out the cars according to category (such as economy, luxury, sport, etc.) and existing mileage. The reason why I’ve included mileage (as opposed to other kinds of metrics, many of which could be equally valid), is because the value of the car is tied to mileage and is a good starting point for estimating the value for the consumer.

It’s something of a cross-breed model. It’s a kind of modification to the rental model, while combined with a leasing model that people use to, but still substantially different from both.

If you think about it, there is a certain type of customer that appreciates the convenience factor. There is another type of customer that loves have the newest possible toy. With the inventory and purchasing model that Hertz has, there is an interesting opportunity to overlap that customer segment. Right now, there is absolutely nothing on the market that addresses this market of people who are willing to treat their car as a commodity. 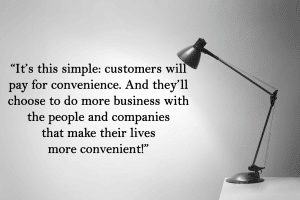 If people will pay for pre-sliced apples, imagine what they’d do for cars.

Suppose, for the moment, that Hertz were to sell customers a subscription to their cars by class. That is, they subscribe to a tier of cars that Hertz already has.

So, let’s rethink the model where a customer could pick up a car within a certain class and mileage, for a set rate. For their personal cars, consumers are used to paying a monthly payment, whether it be for a lease or a loan. So for a $400/month, $500/month, $600/month, etc. tier, a customer could come and pick up any car off of the lot (in that class) and drive it for as long as they would like, and could bring it to any Hertz location for servicing as part of the licensing model. If something should go wrong, such as mechanical failure, the customer could then pick another car off of the lot in the same category.

Hertz provides additional services, which they could offer as monthly options. Need a car seat for a couple years? There’s an option. Once you don’t need the car seat any more, you can take it off. But at $30/month option, for 4 years (a guess), your punter would have provided the company with more money than actually buying a car seat on their own. But I bet people would do it. Want satellite radio? No problem. Optional charge. And so on.

Hertz could make a killing just on optional uncharges alone.

Here is the part where Hertz really could shine. It has to do with the mobility factor I mentioned above. 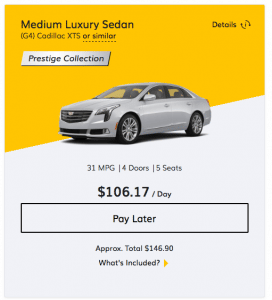 Suppose I have a subscription to the Prestige Collection

As part of the subscription service, any traveler who goes to a different location could have the ability as part of the convenience, the ability to choose any car from the lot that is in the same class and mileage as the one that they are currently contracted to at their home location.

Say, for instance, I were to have a subscription/site license for the Prestige Collection. I’m paying (I’m making this up) $600/month, about the same, give-or-take, for a lease on a luxury car for the same class. Because of this, Hertz would give me access to any Prestige Collection car available at any location I fly into.

By taking my Hertz “Prestige Collection License” card, I could get off the airplane and go straight to a car, take it off the lot, show the card to the gate personnel who verifies the class to the license, and away I go. Super, super easy.

In other words, Hertz could create a brand loyalty beyond just the rewards program. Effectively, the company could wind up solving all of the vehicular needs of their customers, no matter where they are. The simpler they can make it, the more loyal the consumer will become, if for no other reason than because the fact that will be more complex and difficult to have to juggle all of the different relationships that people have with their cars.

Don’t get me wrong: this is not for everybody. People like me, for example, do not like having all of our eggs in one basket. I do realize, however, that I am in the minority. In terms of sheer numbers, there are far more people who want others to take care of the details and are willing to pay for that convenience.

No, instead, this is all about creating an ecosystem for the consumer and the vendor-in this case Hertz. Does this have regulatory implications? More than likely. Doing what they are? No, but I don’t care. I’m throwing spitballs at the wall and hope in one of the sticks. 🙂

The idea here is that the value that Hertz could bring to the customer is a complete freedom of mind while not needing to invest in the type of infrastructure that would be necessary to deliver such a service. They have the practical heavy lifting already completed; it’s the execution model that needs to change.

That’s right, I said Cars as a Service (CaaS). Just not in the way TechCrunch envisions. 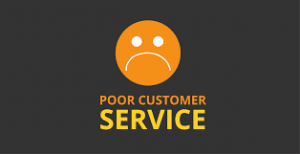 I’m pretty sure Hertz’ mission statement has “Screw You!” in there somewhere

Specifically speaking about Hertz now, because this model could be used by anybody else, the company has a huge Achilles’ heel. Namely, their customer service is terrible. I said before that I rage quit the company leaving a lot of rewards points on the table. As far as my travel is concerned, it was the best decision I ever made.

This is probably the biggest pivot of all for a company like Hertz. That is to say, whereas they have previously been in the business of simply cycling through cars, they would have to be the business of providing the service to consumers (that just happens to be focused around cars).

If I were to say the biggest threat to success for this, it would have to be that Hertz does not understand nor know how to be a good customer service company. Ironically, the barrier to entry for something like this has already been achieved by the company. They have the cars, they have the procurement, they have the service locations, they have the network and infrastructure of the technology, but what they don’t have is a consumer-focused business model.

Now, I’ll say that if National Car (my current and favorite travel-related company of all time) were to do something like this, I might actually consider signing up. Why? Because National has the best customer service of any car rental company I’ve ever experienced. And I traveled a lot before the pandemic hit. I actually would trust National to put a program like this into place and actually make it work.

Obviously, there are a number of possible solutions that Hertz could throw into the mix. There could be an option, for instance, for a consumer who may grow fond of a particular car to be able to own it eventually. Because of the fact that Hertz deals exclusively in used cars, there could be quite a bit of a profit incentive for such a service-product. 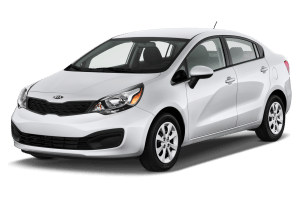 For me, Hertz lost me for good when they wanted to charge me $1000/day for a Kia Rio (it was supposed to be $60/day). The rep on the phone wanted to give me a $150 “courtesy credit,” and when I protested that they needed to honor the advertised rate, he hung up on me.

As I said, that was the last straw, and one of many. As it turns out, other people have had very similar problems. Hertz’ reputation is in the basement, and so becoming the “simple, convenient, service-oriented” company and re-educating their front line, customer-facing representatives would be the biggest obstacle.

Can they do it? Nah, probably not. It’s so ingrained in the culture that you’d need a major top-down, comprehensive flush of values.

Nevertheless, it’s fun to think about how a company like Hertz, who actually has an incredible network of assets and functional infrastructure, might only have to change the revenue model to accomplish a logistically unique and profitable pivot.