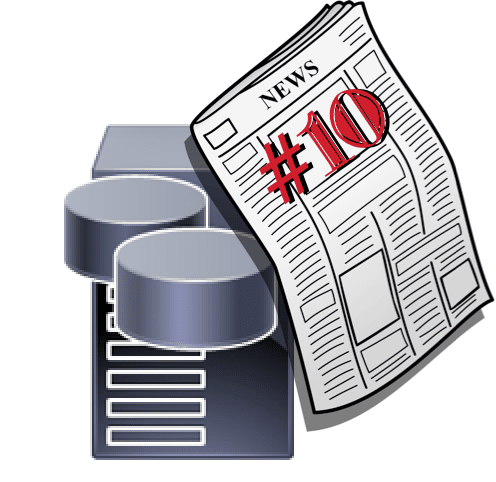 I’m back from vacation, and so I’ve had some glorious time off to be able to relax (much-needed) and recuperate (well, not quite, but it’ll have to do).

Let’s get started with the Storage Short Take #10! As always, links are valid at the time of publication.

Worldwide Hard drive shipments fell to 77 million in 1Q19. Not surprisingly, most of this decline comes in the area of consumer devices (desktops and laptops).

PC Gamer has taken on the task of explaining Everything You Wanted To Know About Intel Optane.

Hitachi has something to say about the usefulness of Object Storage.

LightBits Labs, the authors of NVMe over TCP, have just announced their “SuperSSD”: “the industry’s first scalable, Ethernet-attached SSD solution.”

Be careful about how you want to use QLC NAND Flash. Yes, it’s cheap. Yes, it’s dense. And yes, it’s quite sensitive to durability issues.

Curious about the current state of hyperscaler competition? Check out AWS vs. Azure vs. Google article. I’m curious as to what “cloud” people think about this assessment.

Western Digital has reported its Q3 earnings, and it’s not looking good. Then again, Seagate’s earnings weren’t all that stellar either.

Life doesn’t look too good in EMEA for some NetApp offices.

Well, this is interesting. Right after Dell/EMC announced they were planning to showcase Nexenta as their SDS portfolio, well, DDN comes along with a letter of intent to acquire Nexenta. Life is certainly never dull.

Speaking of Dell, it looks like they’ve decided to get into the Hybrid Cloud space with a vengeance, making the announcement right after HPE and Nutanix ink a hybrid cloud partnership deal.

And… speaking of Nutanix, looks like they’re now on the business end of a class-action lawsuit. Or two.

DellEMC, Cisco, and SANBlaze took the bold step of announcing that NVMe-oF is ready for the Enterprise.

Pavilion took the opportunity to use Dell Technology World to announce their OpenChoice Storage V.2.2 platform, which claims to be able to push 120GB/s – with a capital “B”. (note: I’ve seen this box and it is quite impressive).

Violin has entered the NVMe™/FC arena with their new XVS NVMe-oF target solution.

Looks like Scale Computing has inked a deal with NEC to delivery HCI solutions. 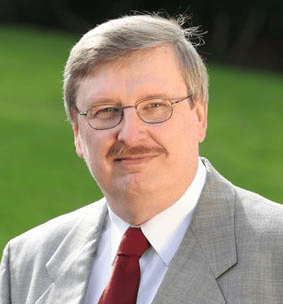 Al Z – one of the most gracious and nicest people in technology. He will be sorely missed.

First, a bit of very sad news. One of my fellow SNIA Board members, Al Amyslowski (known as “Al Z,” recently passed away suddenly. I’ve worked with Al since before I joined the Board of Directors (he joined in 2009, I joined in 2013, I think), and always brought a sense of calm and reason to even the most heated conversations. I thoroughly enjoyed working with him, and was one of the many absolutely stunned by the news. I greatly admired Al, loved working with him, and he will be sorely missed. R.I.P.

SNIA has just released an Educational Library, including many of the presentations that I and the Networking Storage Forum have done. It is a virtual cornucopia of information about storage and the surrounding technologies.

The very successful storage series, “Everything You Wanted To Know About Storage But Were Too Proud To Ask: The Memory Pod (Part Taupe),” a long-awaited (and often requested) webinar, is now finally on the books! It’s coming up fast – May 16 – so you may want to register soon.

The NVMe Developers Day was a resounding success, despite them asking me to emcee. Not sure if they’ll make that mistake again! In any case, you can see the presentations or (“gulp”) the videos if you so choose. Amber Huffman, the NVM Express chair, has written a really good summary of the event, too.

Interested in finding out what’s happening with the speeds and feeds? SNIA Networking Storage Forum is presenting the New Landscape of Network Speeds on May 21. It’s going to include Etherenet, Infiniband, and Fibre Channel sections, so all storage networks are going to be covered.

Ever since Sagi and I did the presentation on NVMe-oF with TCP, we’ve been getting a lot of questions about congestion and possible issues that may be related to the increase in bandwidth on the network. For that reason, we’re going to be doing an Introduction to Incast, Head of Line Blocking, and Congestion Management to try to address some of these questions. That will be on June 18.

Speaking of Sagi, he and Peter Onufryck went into some serious deep dive in “NVMe™/TCP: What You Need To Know About The Specification.”

If you’re curious to know about how NVMe fits inside the Data Center, you can watch Mark Carlson and John Kim cover NVMe’s support for datacenter deployment of SSDs, including new features of NVMe 1.4.

We’ve taken a bit of a hiatus in the Networking Storage Forum of SNIA for the Everything You Wanted To Know About Storage But Were Too Proud To Ask series, but we’re back with part Taupe and the Memory Pod. This has been one of the most commonly requested webinars, and you can register for it for May 16, 2019.

Can you believe June is just around the corner? I’ll be moderating a Fibre Channel Zoning Basics webinar on June 27, 2019.

Speaking of June, I’ll be reprising my Deep Dive on NVMe and NVMe-oF, and the Networking Impact of NVMe-oF, at Cisco Live.

Save the dates: Flash Memory Summit takes place August 6-8, and SNIA’s Storage Developer Conference will be held September 23-26, both in Santa Clara, CA.

Affected: Calendar. (Note: This is a different vulnerability than reported in Storage Short Take #9)

A vulnerability allows local users to obtain sensitive information via a susceptible version of Calendar.

Since CVE-2019-0232 only affects when Tomcat is deployed on Microsoft Windows, none of the Synology products are affected as Synology Tomcat7 and Tomcat6 are restricted to execute on DiskStation Manager (DSM).

Not storage related, but I recently finished Bad Blood, by John Carreyou, and not only did I have a hard time putting it down, but since I’ve finished the book it has haunted me ever since. It’s the story of Elizabeth Holmes and Theranos, and the lengths to which she would go to dupe investors, hurt patients, and threaten anyone who got in her way. She even caused the death of one of her own employees, with no repercussion whatsoever.

If you have any experience with startup companies, SillyCon Valley, venture capital – or are just curious about it – you need to read this book. It is a masterclass in how otherwise intelligent people can be manipulated and willfully conned into supporting a truly evil person.